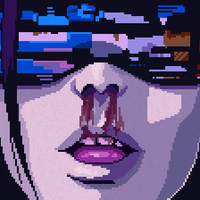 @Khakedais said:
Is no game free from the scourge of competetive play? I don't have any faith at all that this game has the same appeal as most big titles for being competetive titles. Ranked play and an increased focus on meta will only make the game more stale for the typical player who can't keep up with the meta. The game's learning curve is quite steep as is. As much as I despise how every game has to become an Esports-esque title, I'm split between thinking it'd benefit Mordhau or not. I lean towards not however.

I would never touch ranked gaming, but there definitely needs to be more game modes that people can just jump right into and have fun. Campaign maps from Rising Storm for example are pretty interesting.

You’re right to say that this game won’t appeal as much as larger AAA titles. But that is of no consequence of a failed effort to achieve that status. This is a niche game made by players that came from another niche game who ultimately aren’t trying to compete with popular shooters or MOBA’s. Trit said themselves that they are not pushing for an E Sports scene but if it happens it happens.

I do disagree though that E sports would not benefit mordhau. I’m not saying that they should push for it but a largely recognized competitive scene can only be good for sales. And the more sales means more money to pump into the game which means larger staff and likely more frequent updates, patches, DLC’s and the just the overall longevity of the game. Because let’s be honest.. I’m sure trit is still selling copies but looking back - after the first month they released a statement thanking the community for helping them reach 1 million sales. We haven’t received any such remarks from them since.

@DrGert said:
If held block gets removed then you’re isolating and punishing new or casual players who either don’t have the time to learn or don’t have the skill to play with 2 handers.

How hard is it to press the parry button before an attack hits you? If someone doesn't have the mechanical skill for that then there is no reason for them to play Mordhau because they are literally disabled.

Yeah, I dunno dude but I’m sure there is some reason other than roleplaying as to why some players use shields over 2 handers. Learning the parry window and basic sword play does take SOME practice but they just seem to be a huge crutch right now.

I could be wrong but I thought I read somewhere that the devs even stated that 2h melee was the focus of this game (if it wasn’t obvious enough even without them saying that). Shields, the way they are, seem so out of place if timed combat is their focus.

It's literally just YOU, trying to drain their stamina.

I don't even know what kick does anymore, or how much stamina it drains them. What I do know is it doesn't even stun them anymore. You kick them and accel any attack and it's instantly blocked.

Only way to beat shields 1v1 is to outstam them with like greatsword.

It's the most BORING fucking thing ever

Literally just doing nothing but accel overheads with GS fighting most shield users, parrying their shitty 1h attacks, hard reading feints or morphs if they bother to do that. Can't punish any of those because they just block.

Just remove them fuck, atleast the previous kick that had longer range and a good stun punished people who put 20 metric tons of pressure on their RMB and made them have to think a little bit.

No arguments here but from what I’ve gathered in this thread and others is that BOTH sides don’t like shields at the moment. They feel absolutely terrible to play with and against. And tbh I don’t duel against shields anymore either. There just seems to be something fundamentally wrong with them from the ground up.

If held block gets removed then you’re isolating and punishing new or casual players who either don’t have the time to learn or don’t have the skill to play with 2 handers. Yet if held block stays then shields remain uninteractive and frustrating to play against.

Idk. Maybe shields should have held block removed and just have an extended parry window when compared to other weapons or maybe they should suffer from a slow stamina drain while holding block.

Tbh it seems like shields at the moment just serve as a tool to be used against newer players, atleast from my experience. I’ll throw one on now and then and almost immediately change setup after my first death or two from being kicked to death as shields really only seem to throw off lower level players. They just feel terrible to use all around. Idk maybe I just really suck with a shield but I do FAR better with my greatsword and could just be biased toward 2h weapons.

I think the dps is far too high. Granted, there is a grace period before the first tick of damage takes place but tbh half the time when your back pedaling you have no idea your even standing in fire before it’s too late.

I’m all good with area denial but the dps needs to be toned down.

I like the idea and enthusiasm here but you can’t pay me to read that much text.

I swear the moderators are off today. Last time a trans person made a thread throwing around the whole lawsuit thing, it got shut down real quick.

Although, the thread was hi-jacked and we turned it into the bread thread. Maybe the moderators just don’t like baked goods...

This thread has a strong possibility of ironically turning into the very type of thread that you’re thanking the moderators for closing.

@DrGert said:
The fact that your opinions on the subject will in no way influence the developers choices on the path they see fit for their game in addition to the fact that you will no longer exist in-game or on these forums when female and ethnic customization gets released...

Well that makes me happy

Back to gaslights "you have no power here stop speaking." The same argument every shill makes when they defend this. "you are in the minority, they have your money and every right to defraud you. they can go as woke as they want now." I can't wait for the dev team to destroy my game and censor their community in mass it'll be so great when they go woke and broke guys. Everyone will love it!

Nah man. I’m just saying that these “dreaded” additions are infact an inevitability. All the pissing and moaning you are doing is not going to change a thing. If you don’t mind wasting hours of your time ranting on a forum with no positive outcome, then that is entirely up to you. I could care less.

The fact that your opinions on the subject will in no way influence the developers choices on the path they see fit for their game in addition to the fact that you will no longer exist in-game or on these forums when female and ethnic customization gets released...

Well that makes me happy

@DrGert said:
This topic is so fucking over cooked.

Look at it this way dude. Nothing you say or do at this point is going to change triterions mind on females or ethnic models. You will not get a refund. Period.

Quit the game. Or don’t. No one cares.

This post is nothing but a gaslight. "You have no power here the developers can defraud their customers and go as woke as they want with no consequences now they have your money there is nothing you can do." to get us to stop speaking, make a real argument.

Hey good luck with your crusade! Let me know how it goes for you :)

You need to show a video of the encounter otherwise it’s hard to say exactly what is happening.

This topic is so fucking over cooked.

Look at it this way dude. Nothing you say or do at this point is going to change triterions mind on females or ethnic models. You will not get a refund. Period.

Quit the game. Or don’t. No one cares.

@Dialectic said:
I just hope they've completely dropped working on maps, modes, weapons, armor, color patterns, and balancing tweaks (remove held block, plz delete horses they suck) so that instead of any of that nonsense they can work 100% on adding females because thats obviously way more important

My guess is that females and the ethnicity customizations will be released alongside larger content patches that would include maybe a couple maps and other cosmetics.

I don’t think they’re just going to spontaneously throw females and darker skin tones at us and say, “There ya go!”

I think darker skin tones will likely be released along side a DLC set in somewhere in the Middle East to make sense of the corresponding skin tones.

As for the female models they could be released at the same time as what was mentioned above or they may add it into some Vikingesque type DLC and sell the idea of a female model as some shield maiden type thing to go along with the dlc.

That’s just speculation obviously but it only makes sense to throw those customizations into larger DLC patches. I doubt female models alone are priority over other things they have going on. It just seems to be brought to the surface more because it is a controversial topic around here.

May the phrase “like taking a bastard sword from a baby” forever be remembered.

@Rergato said:
You say it ruins 1vX, but in reality, if it was removed 1vX would be ruined. Imagine if all your opponents could just wildly swing through each other to hit you.. stupid and fucking dumb, as bad as a zipperhead with a mosin.

Ya know, I’m not really supportive that the thread was bumped. I understand why the hit stop exists. I was drinking and just talking shit. However, I will say even now that the mechanic is frustrating to no end under certain circumstances.

That being said.. your response is as equally as brainless as my drunk post.. If they’re all damaging each other, why is that bad for me if they kill each other or bring each others health low enough to be within 1 shot range? Unflinchable ripostes are very powerful especially with the Exec. Or Zwei.

I mean, theoretically, even if I died in a 1vX and two or 3 enemies managed to kill each other during the fight that’s still a positive for my team.