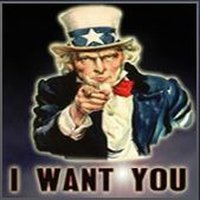 @Humble Staff said:
I agree! :)
No sexually sane person would get mad nor ask the devs for a refund or threat with uninstalling the game for adding females to the game!

It doesn't have to be easy every day on this forum for Triternion. I understand why now.

Thank you !
And also know that in my opinion, Mordhau is not intended to treat sexual disorders and hormonal imbalances.

I imagine that you must consume good smoking. LOL

Or my translation is poorly written, or you have understood nothing again.

@Humble Staff said:
And a handfull of women in battle break your inmersion/the realism of the game?

Your list is not comparable, I demonstrated in the previous page that it is necessary to make modifications to maintain a minimum of gameplay.

Then, adding women doesn't really bother me, but adding that would change the realism of the type of game.
We will then have to respond to other requests, such as adding elves, fairies and teenage girls in skirts. Developers risk breaking their game.

But to come back to what I am explaining to you, I suggest that you change the game for a simple rational and intelligent reason.
98% of the video game market is today inundated with hero women with unrealistic powers, as standing up to men during a battle.

The logic is that you join these games, rather than asking the remaining 2% to do like the others.
The majority of Mordhau enthusiasts do not want this kind of universe that is found in these 98% of current games. Think!

The games where we embody a woman of war are in the majority today, you will find your pleasure easily and quickly elsewhere.
Why would you want to change the realism of a few rare existing games like Mordhau ?!

Do not be selfish, choose another game that suits you, it's the best solution.

I correct : you don't understand ! it's different.
Just read it again, everything is perfectly simple and clear, except in your head.

You haven't explained anything at all, or SWSeriousMike confused and misunderstood as he recognized,
but you on the other hand you have downright problems of comprehension of texts.

For you, the case is different, I would say that you are even harmful for the forum and Mordhau.

Because a person who confuses or is unable to differentiate between the realism of a game and reality is mathematically incompetent to make good video games with the important points that I recently explained as "playability" and "fun".

But I don't think there's any point in explaining it to you a third time.
You live in a bubble and your contributions bring nothing good, neither for the forum, nor for Mordhau.

@SWSeriousMike said:
So it's realistic unless it is compared to reality. Why didn't you say so right at the start? Now it all makes sense.

Because it is ridiculous to point this out in a video game forum. If we were still talking about simulator but it is not even the case ...

Now I'm the one asking myself questions about you, I have the impression that you have just been born, and that you have so much to learn in this environment.
It's as if you go to a famous car game forum and say it's not a realistic game because in reality at the first crash the pilot and died is sent to the hospital and the game is over.

I repeat, fortunately you do not create video games ... xd

@esturias said:
That's not a point of view, that's a fact.
When I'd say "World of Warcraft is a realistic game!", you'd disagree, too, right?

Thank you I laughed well!

Something tells me that you are actually angry at the other games featuring female player avatars.

Absolutely, and even cinema these days has become shit!

@SWSeriousMike said:
Mordhau's violence is unrealistic ...
War is atrocious. Every real simulation of it won't be a game anymore....

I'm not claiming that Mordhau is reality or a reality simulator. You are confusing. I explained that it was a realistic battle game (compared to other games and not in relation to reality.xd).
But above all it remains a game and in the game it has "playability" and "fun", things that maybe you don't understand.
One thing is certain, you will never be a good creator of video games. ^^

Do not make a generality from your point of view, let alone impose it on others ...

@esturias said:
Idiotic players who would abuse it.

I have already crossed it but it is relatively rare in the servers where I play. I do not find this to be a real problem.

@esturias said: I honestly hope you don't want to say that this game is "realistic" because you have two or three borderline complex fighting mechanics...

Here is my definition:
Violence, gore, weapons physics and credible characters. Just compare with the majority of new video games or there are only women superheroes, adolescent saviors of humanity and pikatchus killers straight out of Asia or manga.

So yes, Mordhau is today one of the games that offers war realism. This is precisely why I play it.
Otherwise I would not be here.

On this game, in addition to competitiveness and war realism, what I really like is the funny aspect of the situations, the shouts and the smileys are all as essential as the rest.

It's so innocuous, but so essential!
You can't not put this in this game soon, it would be a sacrilege not to do it!

Increase the number of voice choices, and above all add this cry of fart that will change Mordhau forever !!!
Cordially.

Mordhau improves over time, which bodes well.
After the excellent Feitoria map, I must say that again I was delighted to see the invasion mode on Crossroads which is very good, and especially the new skin for the Maul which I intend to unlock as soon as possible !!!

Only downside is the loss of fps since patch14, maybe with time it will get better, but in any case I always have as much fun on your game.

Happy holidays to all, thank you Triternion and I hope that the year 2020 has more surprises in store for us!
Cordially !

This patch includes a large number of optimizations intended to improve overall FPS and reduce stuttering, especially during combat and on large player counts

I lost 15 fps on average, I have to drop the graphic quality now, The game is no longer fluid as before.
Mordhau is as ugly as Chivalry.
Please, do not touch your game anymore.
It's a disaster.

Before I was doing 40 kills for 5 dead, Now I'm at 70 kills for 3 dead. Your game relaxes me, I love it because it gives net benefits, and we can have the best scores without getting tired.
I hope that at the next patch there will be another horse up.

I also support the fact that changes to the parameters in play are normal, but outside the game, it's exploit game.
That there is a difference between the exploit game and the cheat, do not care, the sanction must be the same, !!!
We must cleanse and clean the unwanted clientele.

Remember that the future of an online game does not depend on the number of maps or the number of skins, but it depends on the quality to fight against the abuses.
And it is not the innumerable games in lines that are deserted that will say the opposite.

This problem of abuse, I always talk about it :
https://mordhau.com/forum/topic/16296/thanks-and-suggestions/
I even warned the developers of the game's release of the importance this has

@NoYou said:
However ranked caters also for the competitive community, whereas noob servers will only please noobs. I think ranked is great as it'll make the game a lot more enjoyable than a map or two can. It's just a pity that it's coming out most likely when school starts.

You confuse competitiveness and ranks.
The first is won on the ground, the second just serves to inflate a useless egocentrism we find in the MMO.

From the moment there are servers for noobs everything else is competitive. The competition is done on the confrontations on the ground, that's what they need to improve, and not useless ranks.

For that matter ask the developers to give more power in ranks, like that you will be sure that this game will end up in the trash, like many mmo or only no-life play again.

Game Modes
Recently, we have been hard at work on implementing ranked modes into Mordhau, as we feel it is a perfect fit for the high-skill gameplay that Mordhau brings to the table.

I do not see at all the interest of these ranks, if it's so that beginners do not get slaughtered it was enough to make servers for noobs as in Battlefield or the high ranks can not fit.

It's so much simpler and more convenient for you to do something else.