@Humble Staff said:
I play targe and spear because if i played kite and spear people would hate me :'(

Explains himself instead of insulting on bash/roast thread.

MONSTERI DONT MOVE THIS THIS IS NOT A JOKE THREAD

u see a bik knight in shiny armor wearing 2 swords

u want that sword

u steal the 2nd sword knight hes not using now

pls discuss this topic with me

really important, can we use horse poo on catapults
so we can decrease enemy morale
there would be more team play as well
as we would need to create a "poo gatherer" squad
these players would be risking their lives to look for horse poo on a battlefield
then we would form big poo ammunition
to shoot with catapults
ok?

after spamming the hello emote for few mins niko had enough

@vanguard said:
I think its cool, idk. More like funny, Monty Python's silly fighting techniques or something like this.

Personally, I see no problem with it.

It may be funny if it's not viable and you rarely see it, but when le epic medieval group fights consistently look like that, it's not very good tbh imo. And that's kinda how they be, amirite.

Also, lower body movement is still a mess, you go gliding and pirouetting while your torso is looking north, your feet pointing southeast and you move west backwards, while your legs keep clipping through each other.

the heck? there's nothing wrong in that clip

@Sir Zombie said:
Can you change the steam language to english pls?!?!??!?!

playbutton screenshot so you can show your friends you have to game and gain some respect, here's a version with watermark 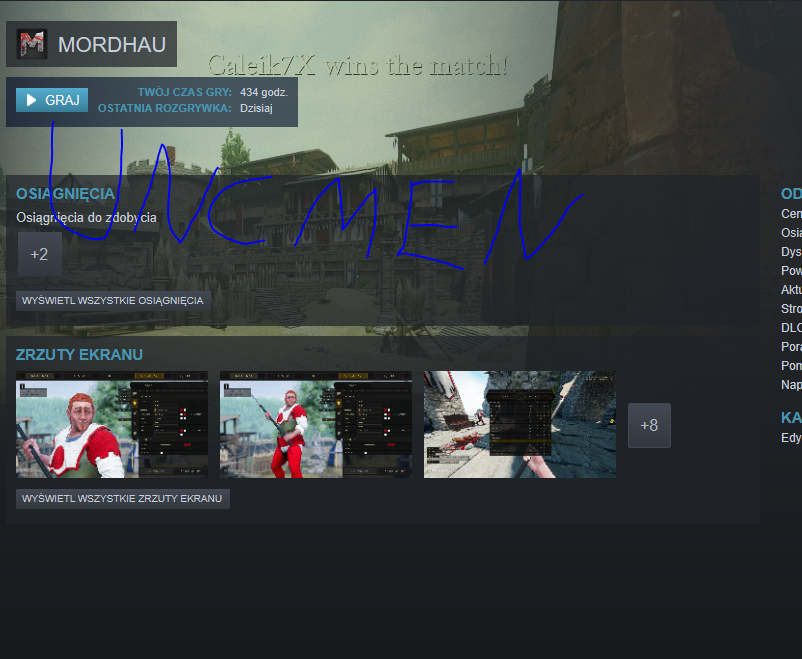 Good job guys, you're all in now, there's no escape

Type here if u want to join,

By joining you agree to our rules

1 You will kill all the bards in sight, even from your team

Since I heard about the lute being added to Mordhau, I through that being able to play any music you want with the ingame instruments could be fun. So I made the Lute Bot, an application which will hopefully allow you to achieve your dreams of being a medieval bard !

The lute bot is a complete application allowing you to play virtually any midi (.mid) file you may find on the internet.
It has a variety of features to simplify its usage and adapt it to your needs.

First Look at the interface : 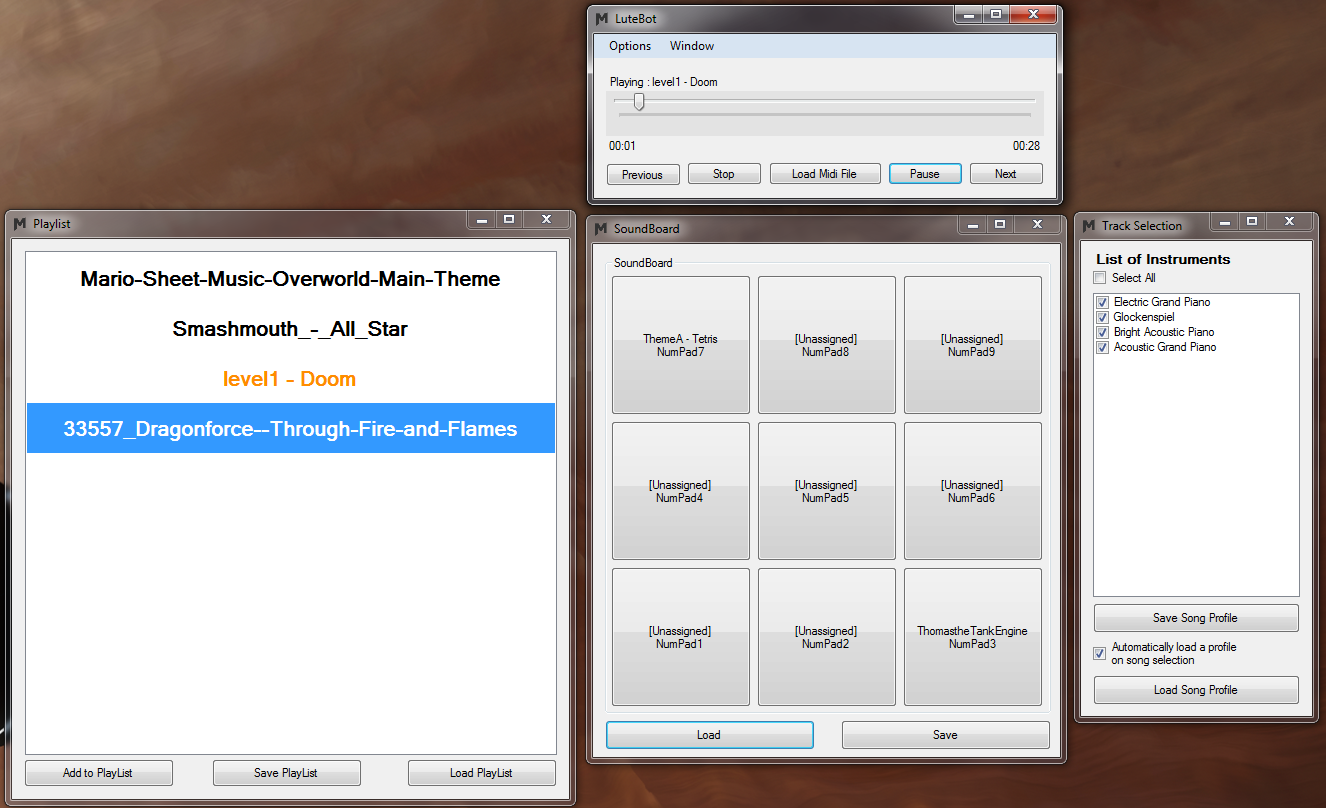 Each of the main features is on a separate window, allowing you to tailor the interface to what you need the most.

The main window contain the music player. You can load and play a single midi file, access the settings and the keybinding menu. 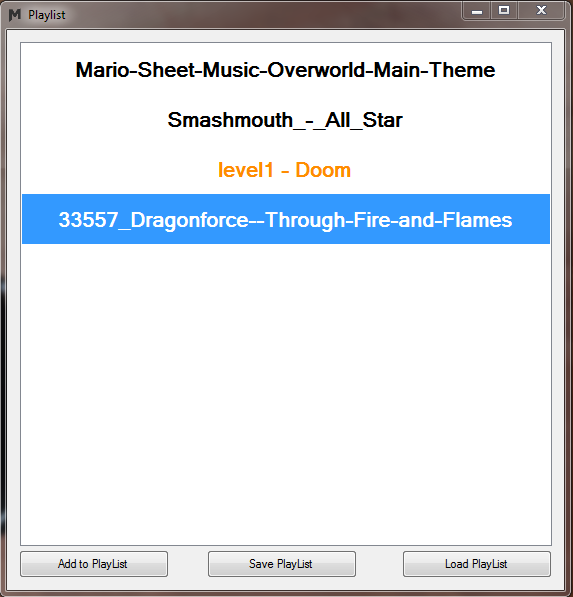 The playList menu allows you to create, save and load playlists containing the musics of your choice.
If the playlist contains more than two elements, it will automatically play the tracks one after another.
Right clicking on a track allow you to play it or delete it from the playlist.
You can change the order of any track in the playlist by dragging and dropping it where you want. 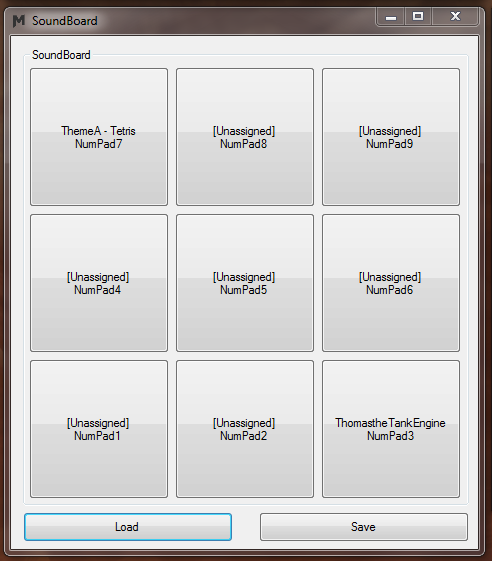 The soudboard menu allows you to set up to 9 binds for specific songs. When you press the key while in game it will play the associated song. You may also save and load one or more soundboards.

The track selection menu is a vital feature of the Lute Bot. It allows you to "mute" instruments used in the midi file. You ideally want as few instruments as possible to play at the same time, but some songs requires more than one instrument to sound good. I recommend that you try with and without specific instruments until you figure out a good balance for each songs. Once you have it figured out, press Save Song Profile to save your modifications. If you activated the automated song profile loading, each song you play will load its associated profile if it exists, even when played while in game through the soundboard or playlist. You can also Select All instruments to fully play the song regardless of your parameters.

This menu will let you bind keys to perform a number of actions without the need to alt tab out of Mordhau.
Make sure you have set the same key for the console in the game and in the Lute Bot. 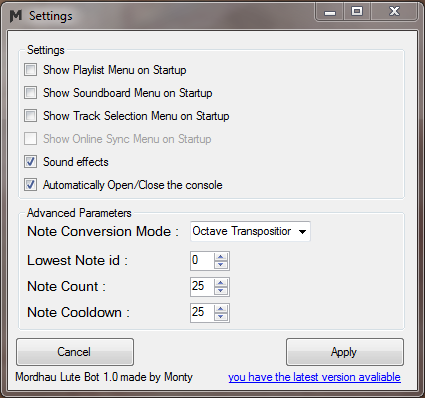 This menu will allow you to set certain options such as which windows you want to show on startup.
The sound effects option will let you chose if you want the musics to be also played by the windows default midi player (useful for tweaking which instruments should play for which file for instance).
If you chose to, the console will automatically open when a song start playing and close when it stops.

I would recommend not to touch the advanced parameters !. They are here just in case. If you change them by accident, you can refer to the above screenshot for the default values.

Results may vary from a midi file to another.
If you want to test it properly, I recommend using this file which works great with no additional tweaking :
https://drive.google.com/open?id=1z__-9BK7kLJQB_6LHmwpRLxbWrJxWNMz

instead of typing it console it opens the chat and writes there, do u have any fix for that pls?

Having celebrated it’s third birthday last week, Chivalry felt like it was sagging in the mid section.

With this patch, we’ve taken Chivalry back to the gym for a full body makeover (and accompanying medieval workout poster).

This patch focuses on bug fixes, as well as the following content:

Eight amazing new Workshop items available in the Chivalry Customization store, listed below.
To celebrate Halloween we’re taking part in a special Steam Halloween sale, with a free Halloween pumpkin hat available in-game across all classes and game modes until Nov 7.
A mega Workshop sale! A bounty of items at up to 75% off.
New Items

New Russian translation. Thanks to Sergey Sukhodko! This is still a work-in-progress, let us know if there’s anything wrong or incomplete. More updates to come before the patch is released.
Updated Italian translation (thanks again, Matteo “Aragorn-Elessar97” Cangi!)
Updated French translation (thanks again, Nelson “Fitfit” Danloy!)
Fixed the fonts so Cyrillic characters no longer use a mix of glyphs from two different fonts
Fixed some spots where text from Russian and possibly other languages did not fit
Fixed non-translating Spectator button in Team Select
Merged in 360/PS3 European Spanish and German translations
Fixed some instances of non-localizing HUD markers (e.g. Stoneshill Stage 1/Mason “Pillage” marker)
Fixed some non-localizing text in duel mode (specifically “you have [joined/left] the pool”)
Gameplay changes

Change the way catapult ‘click’ sound works to fix ‘fast clicks’
Have the GUI vignette setting actually change the config setting
Fixed an HTML Surface crash (affected Main Menu and Message of the Day)
Fixed some networking problems that may cause infinite loading screens for some small number of users
Fix MOTD screen getting stuck (with no “Close” button and no way out)
Fixed a common server crash
Possible fix for transition map trap bug
Not sure if helpful for the general public, BUT: a new “stat net” thing for shipping builds (that don’t have a stats thread); shows most of the important network stuff
Config file round time overrides can’t themselves be overridden by the map
Make config round time overrides per-mode instead of global
Fix: drafting pawns that aren’t sprinting (or even necessarily moving)
Enemies can pick all projectiles up, teammates can only pick up what they can use
Fix: “Listen server host crashes when quitting from a LAN game with other users”
Fix: Server Filter – Perspective changes to 3rd Person each time the Server Page is entered.
Fix: “server filter server, mapname, VAC and Locked filters are not saved”
Fix: “pavise shield being exploitable to reach higher levels rather than destroying itself”
Fix: Customization window has Janky helmet position until you select a new helmet
Fix: If the last player of a team leaves the match the LTS Map does not progress after the teams have been repopulated and balanced
Fix: Loadout screen, exploit “next weapon” gamepad button to select incorrect tertiary for archer
Fix: “Player names not appearing on scoreboard” (FFA issue)
Fix: “sticky players” problem when jumping and colliding
Support for shield UGC
Player packet loss and idle time now show in the Player List, and the numbers in the player list update in real-time
Tavern variant with weapons now included, AOCFFA-TavernWeapons_p
Fix: Warmup doesn’t count down when one team is occupied only by bots
Fix: battlecrying on level reset locks camera in place
Add fVoteTimeBetweenVotesFromAllPlayers server config option
Master volume setting affects intro videos
fix Cove “super loud cannon ball even when master volume is low” issue
Fix torch and oil pot unreliable decal spawn / decals fading despite player’s decal setting
toned down LOUD NOISES in colossueum
deathspikes return to the colosseum!

@Jax said:
Not how it works, unfortunately. The 1500 keys haven't been generated yet, we simply can't sell access without going full-blown steam EA.

And why NOT go EA? I've been waiting for this game for a long timw now. I wasn't following in time for the kickstarter but I DAMN sure would pay for a key now. I really want to play and you guys, insisting on "perfection" keep pushing the game back.

That's what EA is for, it's not MEANT to be a perfect release, that is when it's still being ironed out!

Just getting real irked at all the delays, especially as I get more and more fed up with For Honor