@Christian2222 said:
Going to say no, all you are going to have is penis emblems, troll emblems, etc etc etc. You want to talk about immersion breaking?

If we wanted inmersion all emblems should be ripped of real heraldry, which they are not

@TombstoneJack said:
I foresee many a knights running around with dicks painted on them

Best idea would be to make an editor where you have to use pre-existing shapes to create your own emblem to avoid that kind of thing.
In order to mantain the preexisting logic, colors range from red to blue so we know what is color 1 and color 2, no saturation or brightness setting

@Krtex said:
i doubt it's a priority anytime soon, but i think it would be great for gameplay if there were more languages that you could set to teams, so you could differentiate friend from foe by voicelines. For example i would set my team's language to english and enemy's language to spanish; so if i'm fighting someone and hear english from behind, i know that there is a teammate behind me and i don't have to turn around in the middle of a fight just to check if it's a friend or foe. 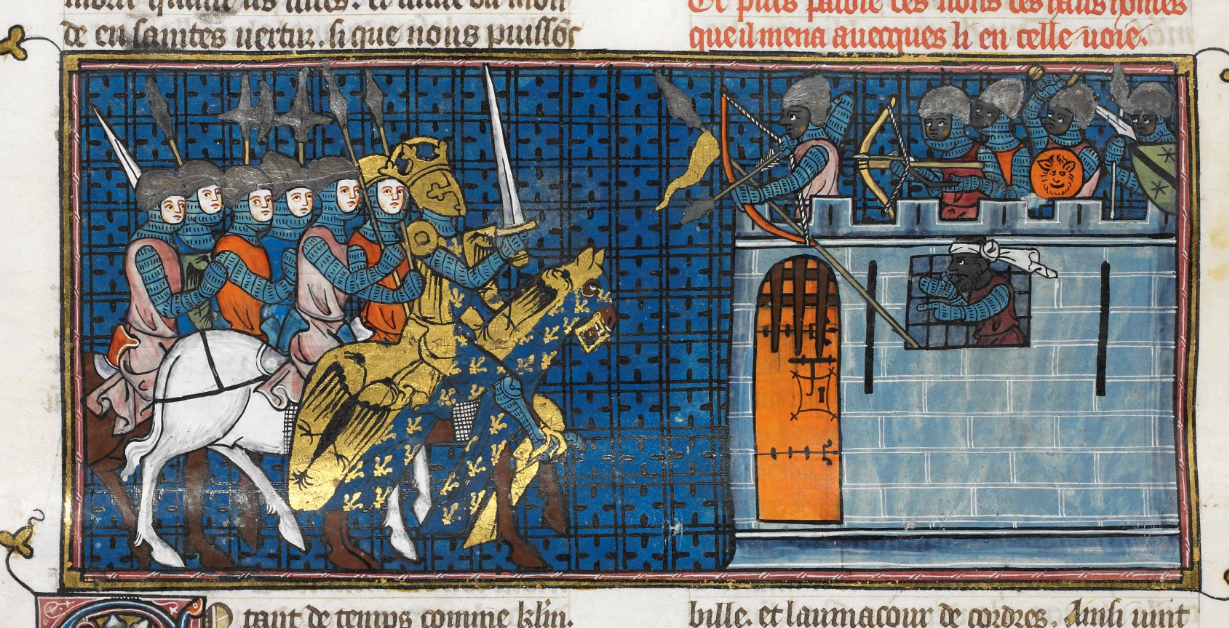 that image doesn't seem accurate, everyone knowns black people were invented in the 50's

Serious question, can't wait to roll that black lady to the field

I mean we have two mediterranean maps now, we could use some voices and maybe weapons.

And even arab faces

RO2 had a Campaign mode, we could get the same

So you want like a Dresser demo or something? Ok, I'm all about it, appart from your creative stuff, it'll also help other people to see if a certain pant admits or not a certain boot

@Donald Trump said:
Carrots were purple, white or yellow 1100-1600 AD. Modern carrots are manmade, cultivated vegetables that don't exist in nature as is every fruit and vegetable you find in the supermarkets.

This is the kind of realism I want, fucking purple carrots

"CAN WE GET BLACK PEOPLES?"

But yeah dont ask realism here, for realism go play CK or something, let us enjoy having black characters without racist remarks camouflaged as "muh realism"

Maybe adding anti-perks that give you more points for things like not being able to run (and dodge) or something?

@MercenaryDbD said:
Either create an effective anti-cheat system or do those ban waves if you prefer but dont punish people who play fair with removing family share option because it's simply unfair.

Wait, did I understand that they removed FS for this game?

@Lionheart Chevalier said:
I started this fucking thread with bait title like months ago hoping for the troll war... WHY DID IT TAKE YOU GUYS SO LONG TO START

Coz if you dont make it look real, the real racists wont take the b8. Anyway kniggas still a good idea, I will main black skin once it comes out. I will fucking do a black viking

@WOLK said:
How fucked this is completely stupid and militant women's feminism that shoves now everywhere!!! IN THE MIDDLE AGES THERE WERE NO FEMALE KNIGHTS FUCK!!! (Jeanne d'arc is not in the bill, is an exception which only confirms the fact!) Want to play female characters fucking in RPG games! Leave men at least one male game!!!

You do realise that women did fight in armies in the middle ages?

Yes, the majority of female roles within an army would be supplies, nursing and logistics. There are many accounts of female warriors throughout history, here's a nice list.

Despite the stereotype of medieval women which persists to modern times, not all of them were docile, subservient, and brainless. The last place most people would expect to find a medieval woman making a living is in the armed forces of her country. It is true that the majority of soldiers were men. However, it is also true that women fighters were included in the ranks of many mercenary and national armies. Before the Romanisation of Britain, the matriarchies often employed entire companies of female warriors. They were greatly feared because they appeared to have lost their natural maternal and loving instincts . Both men and women were expected to help defend a town or a castle, should it be attacked. When the men of a town were away fighting, the women were expected to take care of business at home

And here is an article about how people attained knighthood and examples of how women were knighted. So you're talking crap.

Yes, war was mostly a man thing, but women were around and many of them fought, especially in defense of settlements. This is also a game that is not historically or thematically accurate.

Just like your racism in the anti-black character thread, you're here being misogynistic in this one. Aren't you quite the piece of shit. Get over yourself.

And pretty sure the devs wanted to add women to the game, the devs are probably more on our side than theirs

@Esselbink said:
Looks like I'm here to stay since the future female models can be toggled on and off. Whew.

Unfortunately, too late to hide your misogyny.

@ToLazy4Name said:
This is why female characters aren't currently in the game, outside of voice acting concerns. Their models aren't finalized.

It could be that it isn't a preeemptive rage against the sjw status quo but more of an opinion that the game would feel weird with women screaming about. A more serious contension is that the "women can be disabled"/"women are optional" implementation could be used by faggot game journos that looks forward to create manufactured outcry in order to write some shitty articles, potentially damaging the studio.

I don't know how the industry works, maybe the fact that the game is for a niche of players, probably outside the eyes of the (((gaming media))) means that they can get away with it, in any case I'll support whatever Triternion does.

@Esselbink said:
If yall are adding female characters to this game I'm out.