3rd Person: Third person is there to look at your characters whilst using emotes etc. It doesn't offer a huge melee bonus other than looking around corners. I agree with it becoming an option on servers and potentially being disabled on official servers. (Maybe on release the devs will do this to official servers)

Kick Stun: I completely agree with this, kick stun is a stupid feature. You can still kick someone mid-teamplay and even mid duel, adding the stun is even worse. Removing the stun and keeping the kick speed/windup/miss punishment would put it in a fine place.
-Kicks are still spammable in 1vX which can literally destroy the 1; if there wasn't a stun, it would balance 1vX kicks as far as they can be balanced without becoming irrelevant.

Hit Trades: Agreed, hit trades lower the skill cap and decrease relevance for chambering in teamplay because it doesn't have the riposte mechanics behind it and doesn't allow a 'trade'. Active Parry offered a balance for offensive and defensive play.
-Active parry was pretty inconsistent although it's better than hit trade.
-As new players could struggle against AP, damage reduction could be put in place at a lower percentage.

Jump kicks are a stupid thing and will be removed (hopefully).

@REKTKWONDO said:
For the stab what I mean, is the windup connect with the opponent release just as a clash. With weapons hitbox.
So if opponent drag stab on your side or over you and you put your windup in it, it will chamber it. Instead of going through of your animation

Yes you are too slow, deal with it, and I play every weapons in the game already. And yeah slower weap can counter/punish faster weapons, If your weap is really slower than opponent just feint and chamb the next attack

And activ parry is shit atm, you hit the guys on the opposite side of his riposte and it still parry, its fuckin bullshit atm, it only need weapons hitbox and not much

Regarding stabs, you can't just "put your windup in it". If you just blatantly stab when you see them dragging it over or around you it won't connect with the drag.

"Yes you are too slow, deal with it, and I play every weapons in the game already." I'm not personally confronting my own skill, I'm stating that windup speeds are unbalanced and need fixing.

"And activ parry is shit atm, you hit the guys on the opposite side of his riposte and it still parry, its fuckin bullshit atm, it only need weapons hitbox and not much"

Active parry isn't shit. It's not hard at all to bait blocks and to parry the actual strike. You evidently struggle versing active parry, I suggest not baiting ripostes in teamfights. Try mixing your strikes up and getting around the back of the player.

@REKTKWONDO said:
Stab chamber need to connect just as a clash and it will be fixed

Being unable to punish after attempting a chamber
It just mean you start your windup after your opponent, we can actually punish with a slower weapons. You are just too slow

Tracers being too long
It give a downside to delay. Its fine

Projectiles flinching
You can see it, just open your eyes

Inconsistent active parry
It should happen as a clash hitbox instead of a big parry hitbox, to make skilled player able to activ parry and bad player not able actually active parry is too OP and not skilled

Attacks being queued without input
False, you attack unvolontary, actually have 0 problem with it, it's your fault, not the game

Lockout
Its not the lockout time but the Flinch time, but yeah it need to be fixed

Firstly, I can't really understand what you mean with the stab chambers, unless you're saying to create a clash instead of trying to chamber; this is highly unlikely to work in teamfights, unless the player has done a complete gamble or reacted quickly.

"You're just too slow". You either haven't played the game for very long or use an axe as your main weapon. Feint recovery and windup speeds are mashed and need fixing.

Concerning projectile flinches, whilst you're in a team fight and you have an attack queued and or focusing on the opponents at hand, you won't normally see a flying dagger coming from any direction. Even if you do see it you might be in release, or nearing the end of windup, given enough time to register and FTP/parry the attack mid team fights is very frustrating and could easily take you away from a fight to the barrage of LMB'ing mindless pubbers.

Regarding team damage flinching, "we need to punish the bad team players" isn't a valid statement as the fault doesn't lie within the victim of the teammates' strike. Whilst in teamfights, it is extremely easy to lose momentum from a simple team hit, which can lead you to completely mess up the fight. Although this could have other perks from no team damage flinch, such as stabbing through a teammate to hit the opponent/s on the other side it's still an issue that could have tweaking.

Inconsistent Active Parry:
"Active parry is too OP and not skilled"
As active parry doesn't have a whole shelf of counters, it's not hard at all to parry it. You can see it, just open your eyes.

I completely agree with all of these issues. I believe the priority is fixing windup and acceleration speed throughout pretty much all weapons and balancing them so you can properly punish and deliver balanced strikes. Stab drags are a complete nuisance as you can literally tilt your mouse any direction, even take it in circles around the player leading to a difficult chamber as they can bring it back down at any given time and the animation doesn't properly show when it's about to enter release.

that helmet is hot 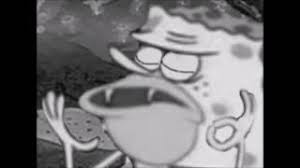