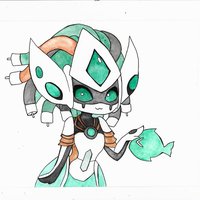 While some others are just here to shit on your post, I could say that I think it would be a nice addition if leg armor had an impact on kick damage for example, but it can't be too much since that'd just make it obnoxious.

Leg armor is important when you are up against a skilled opponent, since they will know to aim for your legs since that's the current weakpoint you have when you sacrifice leg armor in favor for better weapons combined with tier 3 head and chest.

I wish sometimes that there were an option to disable everything except the armor pieces that matters, restricted to head, chest and legs...but perhaps have some 'default' for the foot, arms and etc so that the player wouldn't just look naked.

Mordhau desperately needs TO mode to have a decent 5v5+

Just up to five? that sounds boring. 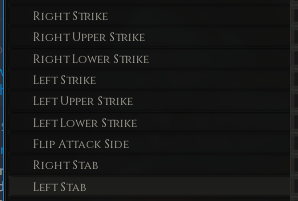 - Unless there is something that I am missing here. AFAIK, there's only left and right stab, shown in the settings next to upper, lower and regular left/right strikes.

@Kashi said:
OR keep it as is and let people find out their most comfortable setup?

He said option you dense retard

It is nice of you to point that out for the sake of the OP, but lets not call each other for "dense retards" here. That's just low.

It's interesting how we have two different directions we can thrust from, yet a thrust chamber works regardless of which side you deflect it with. Should that be the case, or should you have to mirror the thrust similar to the way strikes work?

Estoc is basically an Longsword that has downgraded strikes in trade for having stronger thrusts with added range, even the Mordhau grip on Estoc is slightly longer but has the same HtK as Longsword Mordhau grip.

The normal mode Estoc can two shot tier 3 with two consecutive head thrusts, but can do head strike and body strike with Mordhau grip. same as the Longsword's Mordhau grip with slightly more range but less speed.

But the main problem in a duel setting is that stab oriented weapons tend to be very easily chambered, but you can always turn that against the enemy by morphing.

Do you mean as in a kill with an attack after performing a feint, or parrying into a riposte?

If you do a quick comparison between Bastard Swords and other weapons that cost the same. That being the Rapier, Short Spear and Mace. You will quickly realize that the Bastard Sword is extremely versatile compared to the weapons.

Rapier is a thrust focused weapon, it does offer some cutting damage on its strikes, but only used to mix up attacks to prevent being too easily chambered.

Short Spear goes all out on thrusts power and has a lackluster strike. Bolstering the longest reach of one-handers but with only one reliable attack.

Mace is extremely deadly but feels really heavy and weird to use...

Then we have the Bastard Sword that has both good reach, decent damage on both strikes and thrusts, decent speed...different attack styles. It's a extremely good overall weapon.

Why is there no stamina cost for holding the shield active, or stamina drain over time?
The problem with shield as they currently are, is that you don't get punished for being a bad shield user even, cause there's hardly anything to punish them anymore.

The current mechanics of the shield is just broken and can't be fixed by tweaking numbers. Shields needs a rework.

While Mordhau doesn't emphasize on feint and prediction/reading as Chivalry was. I feel like they got their own obnoxious mechanic, namely being the Chambering which promotes the said gambling that everyone is so against, and the instant Feint to Parry, or Combo Feint to Parry.

Also, it would be interesting if they added a damage reduction if thrusts are made to start inside their opponent, instead of given time to build up momentum. It just never made sense how certain thrust attacks can literally start inside the hitbox straight from windup, as OP described about hitting the wall.

Game balance, and it would make sense since we do have the option between left or right stab.

If not, why don't we follow the same logic for strikes too, making it not angle dependent but side, that could solve the abuse with people body feinting or doing these weird animation manipulations which I personally don't think should take place in Mordhau, but I don't mind them too much.

Shit post elsewhere, and afaik its even against the rules.
As far as I am concerned, the game was forced to be released in a unfinished state back in May due to financial issues, and we are still waiting for them to polish the game.

@DylanS_98 ,
I personally hate cavalry in Mordhau since they are so annoying to deal with, and it feels like they are always around on certain FL maps, and I also feel like you just completely missed my point about the fact that in Patch 6, we use to have a specific unique map, whose primary objective was to make a open field fight on horseback.

Imagine the potential if they turned this into a skirmish map, where each round you have to charge from the horseback, instead we ended up with this awkward fort in the middle of it all, horrible spawn points. The map has a lot of glitchy spots and just feels unpolished. rushed if anything.

It's lame as fuck how chamber strikes have six directions, where stab has one. Should least be two with either left or right stab. making it too easy to chamber it.

The hidden map found by activating console commands back in Patch 6 showed much more promise than the crap we ended up with as a official release in Patch 7.

Patch 6 was a open field where each team spawned far away from each other, there were plenty of horses so this map could sort of simulate a Cavalry On Cavalry fight, which could have been an interesting map for cavalry warfare.
But as of Patch 7, it ended up with a ugly King of the hill style map with a hideous looking fort in the middle of the map. So the whole focus around cavalry battles from patch 6 to patch 7 is forever ruined since the control point on the map is on the top tower of the fort, which horses can't really reach efficiently, nor can you cap while mounted either.

Just a huge disappointment. It would have been fun with a open battlefield map with horses as the main focus.

Was Crossroads the 'siege map' we were promised a couple of months ago?

The Javelin is just a slightly tweaked Short Spear, designed for being a throwable weapon rather than both.

Now what is different?

Just feels like a cheap do-over, I wish the Javelin had slightly increased damage so it would be more effective as an archer counter, but it won't one shot archers with tier 2 and above even with the Huntsman perk afaik.

If they include an option to disable female characters, they should also add a function to disable armor cosmetics, so you could just leave it to the armor pieces that shows which tier it is.

Because let's say fuck it and don't let the players customize their character in the way they want, and while you mention about immersion, since when was a Rapier used in a open battlefield that of similar to the ones you find in the FL modes.

In my opinion, it doesn't really kill immersion since Mordhau doesn't take itself that serious in that regard.
Fun gameplay and a decent customization pool is better than a strict immersion, as long as they don't strive too far off and we suddenly start seeing chainsaws and light sabers added to the game.

The female characters do look pretty cool in armor.

A shield should just be an empowered parry tool, like the OP is suggesting with having it function the same as a Buckler.

But as far as I am concerned, I do also think that a 'hold' block should exist as well, but it should function very differently rather than being this campy tool you can crutch yourself behind to make you almost invulnerable and immune to weapon maneuvers such as feints, chamber, morph and swing/thrust manipulations.

Perhaps that could be a solution to make one-handed weapons more on par with deadly two-handers who are currently wrecking everything.

I have been both theory crafting and playing with the Warhammer for the last couple of days, and I find the weapon to be a lackluster.

A good way to describe the Warhammer, is to call it a cheap but 'lucky' weapon, since with its limited reach you may sometimes land a lucky head strike with either side of the weapon, which will deal incredible amount of damage.

A great way to describe the Warhammer, is to call it the lucky mace. Since with the reduced reach, you may sometimes be able to land strikes to the head, which will deal incredible amount of damage on either side of the weapon. The reason why I call it luck is because I found it to be incredible hard to do this, and even when I feinted.
I'd often strike my opponents hands, which would lead to a torso hit, which is measly 20 damage if you are using the spikehead versus tier 3 torso.

There are two ways that I have found to be most effective when using the Warhammer, and it goes as following:*
I always swap to spike head upon spawn and try to land one strike to the head. After the first strike, whether its head-strike or not, I'd usually swap to the hammerhead. If I landed a head strike, then I can kill with the next body hit, if not. then I just need two more hits to kill my opponent.. So this weapon becomes a 3 Hit-to Kill weapon on an average, 2 if you are lucky and 4-5 if you are having the worst luck or aim ever. (Also versus tier-3)

Other way is to just use the Hammerhead and go for consistent three hits to kill... (Hammerhead will never 2 Hit with head-strike and body strike consecutive, both MUST be head strikes)

But spike headstrike and hammer torso strike deals enough damage for a 2 HtK.

That's my analysis over the Warhammer, I think the hammerhead part of the Warhammer could need a buff so that you wouldn't need to switch between sides during the middle of the combat to get a reliable two hit to kill. Please let me know if there's any other combos that I am not aware of.

Right now, the Warhammer can have this same two hit to kill effect with a body+head strike, but the user is required to land a alt-mode head strike, then swap to original mode for the body strike in order to deal 105 damage with two hits. But this seems gimmicky when the hammerhead should already do the same job.