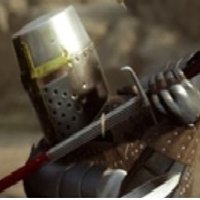 @SushiFish said:
How long is this bug going to be an inconvenience for the players?
Couldn't it just be hotfixed?

try being an admin, talk about inconvenience...
smh story of our life.

worried about that but yet ya'll think zweitard and executioner sword are balanced???
lol lord have mercy.
smh.

Pump out a patch for the admins please, then the sdk.
the players have gotten a shit ton of stuff and not even a fkn crumb yet for the admins.

good news
but not even a crumb for the admins yet?

At least fix the idle kick from not being able to be turned off,
some more ini settings that work something...

Sadly you got so triggered you apparently forgot how to read and comprehend anything any1 has said.

I don't camp in towers, which is why " I " created another way to play where you don't have to do that, but in your triggered rage stupor you must have missed that...

I don't want to change anything that your doing and I agreed with you about the tower camping.

Pull your head outa your ass and act like a human being and not a stupid fkn child!

@THE-REAL-WARSAW said:
I agree the horde is a lil silly,

Keep your pussy server for yourself, its not my problem if you can't survive a wave past round 10, thats called being a little bitch. I've done a shit ton of games where people weren't camping and just fighting and I won them, got a lot of wins for the record, without playing like a low player.
If you think isn't possible I'll just record a full game from wave 1 to 21 without ever fighting on a roof, to prove you that you're just a sissy little bitch who have played like what ? 3 times as you say ? Wow nice skillcap there lmao shut the fuck up, all right ?

When was the last time you came out of mommys basement and got some fkn sunlight, jesus.

Real easy to act tough and be a dick with your keyboard.

all wep switching should literally be instantaneous, no excuse for that to take almost 5 seconds

I agree the horde is a lil silly,
but I hate to inform you there would be literally no way to fight most of the waves past wave 10 by hand to hand combat.

They have too much health, throw too much horse shit and fire bombs at you and couple that with the archers it would be a losing battle in a pack of them as all it would take is 1 stupid flinch and you are dead, literally plus it takes way too dam long, you could get 2-4 times the gold and xp playing it our way anyway and your actually fighting them not just camping, however sum spikes and 2 ballistas are required at all times to stop the bulk of them, but that only ties up 2 ppl the rest of the ppl could do whatever...

I do not want anything nerfed by any means but I've played horde 3 times and it is fkn lame tbh,
just a bunch of fkn tower campers as that's the only way to survive it honestly.

This is why we came up with a better way to play horde, on frontline maps and it has infinite respawns regardless of the waves progress and the the last wave can be a 60-100 strong if we want.

It is a lot more fun and since its just the regular ai its actually playable hand to hand and way more fun and every1 doesn't have to camp at all.
Obviously it doesn't have the fancy horde looking ai but hopefully when more stuff is moddable that will change.

@PC_Principal said:
Warsaw: It's wrong to ask a mod (let alone community manager) to pin your topic. It's just wrong. They can do it if they feel your topic deserves it. No reply is better than an angry reply sometimes. I wouldn't answer that PM either.

Only jax can receive PMs? I'm sure some of the others can too.

Sry not reading and pinning it would be a silly mistake on their part.

Literally every server in the game is exactly the same,
not the case on our modded server which offers a way more fun epic way to play which honestly this community needs right now not the Aunt Jemima patch.

I feel getting a post about 1 of the only epic modded servers in mordhau would take precedence and should be more important than the 1 that's pinned at the top about the dumb fkn lutebot midi, that literally serves no purpose and just takes players away from actually playing the game.

if you cant understand that then I don't know what to tell you...

@隊友都垃圾很可憐 said:
不知道這個錯誤是不是來自隊友傷害改成-100所產生的伺服器崩潰問題
但這個改法 能讓隊友回血 很好玩大眾 也覺得 這玩法很創新
因這設定讓我伺服器具有獨特創新玩法 獲得好評 希望官方不要改 但能修復伺服器崩潰 問題I don't know if this error is caused by a server crash caused by teammate damage changed to -100.
But this change can make teammates return blood. It’s fun to play with the public. I think this game is very innovative.
Because of this setting, my server has a unique and innovative gameplay. I’m hoping that I don’t want to change the official but I can fix the server crash.

what do you mean by return blood?
sounds interesting.

glad you guys are looking into it.
Great job Jax,
now if you'd only respond to my pm about a topic getting pinned...

Most of these issues come from serious lack of actually play testing content b4 releasing.

However I'd go out on a limb and say the bigger issue is the player mesh size or bubble that's the true culprit behind this, coupled with the lack of bug testing on maps and here we go this is exactly what we have...

play a map with the ai on crossroads, blue bots will get stuck in mid air just before entering the gate hovering about a ft off the ground just stuck there but yet it wont effect us if we try to replicate it.

these things need lots and lots of testing, its gna be hard for such a small team to really fix this game properly with out spending some of the "MILLIONS" they just made on sum actual professional devs or team members that know about unreal engine more than they do.

@Pandamansleep said:
They do stay but only for a short time. I was just in a FFA and I died and a couple seconds after I died the guy who killed me stepped on my trap which killed him instantly. I've also had my bear trap go off after I died and the poor soul who stepped on it got finished by someone else.

Sry but a short time isn't good enough, no reason they should disappear at all until you lay more than you can have out at 1 time which is only 3 and at this point they should erase the 1st 1 layed out when u do the 4th and so on.

when u can swing endlessly at some1 with a 12 ft sword why should a bear trap that cant kill any1 in 1 hit disappear when you die, that literally makes no sense and just plays more into the 2 handed fanboy favoritism bs.

Bear traps needs to stay when you die but only allow 3 out just like right now.

God forbid it allowed us to get a kill with 1 right, most bt load outs are rather weak anyway so most of the time u will die b4 even getting to set it or just after setting it, thus rendering it useless.

Are u hosting on the same machine you're playing from?
if so that is probly the issue.

We had the same problem, soon as we put it on a diff pc issue was fixed.

@Gambit said:
I'm a bit biased but these are the only topics I don't mind being repeatedly posted.

I hear ya, id really like to know as im on my server every day trying to admin manually and Im constantly get kicked
and can barely play because im typing so much, it shouldn't be this hard to admin and welcome ppl to a server.

its hard to run a regular server let alone the most modded out there!

Im sure you guys are busy plugging away at stuff like female characters and dark skin tones but a more pressing issue would be that we are STILL GETTING IDLE KICKED EVERY 3 MINS AND THE INI EDITS CLEARLY DONT WORK.

Is there any plans in the near future to fix this broken stuff?
keeping a server populated and admin functions that work is way more crucial than females and dark skin tones tbh.

Thanks keep up the good work devs, tick tock...