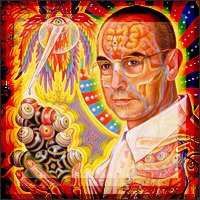 This thread needs to die.

@ToLazy4Name said:
what does this thread even mean

the way you structured the thread title and this OP is the only thing that's stupid, it could mean multiple different things

Do you mean you're going to quit and go play Chiv? Do you mean Chivalry is going to steal all of Mordhau's players? what the fuck does any of this fucking mean you weeb weirdo

You call me weeb weirdo and you have an anime pic on your profile you hypocrite.

no I don't and you have an anime name you hypocrite

That image is from an anime/manga stop pretending, my name is fully madeup.

no it's not and your name is anime weeb

Watface? How is it not from a manga? lol

@Pred said:
This much of Chivalry lore was enough tbh:

There is a kingdom
One side is loyal to the king of that kingdom
The other party wants to topple the old system. Malric is in this one.

It was Team Objective which gave fighting in Chiv a structure. You were fighting to accomplish things, they were kinda-sorta sometimes related to lore, but nobody really cared, because accomplishing these things was fun in itself. You needed to do a thing and to do it you had to beat motherfuckers up along the way. If you weren't beating motherfuckers up hard enough, you lost. Simple. Fun.

You can't even call Frontline a TDM because racking up kills means absolutely nothing if you don't control more points. The mode is just waiting for one of two countdowns to run down and you are free to run around and kill some enemies in huge clusterfucks in the meantime.

This comment is in line with the issues we believe are the root of the problem/dissatisfaction. It's no surprise we spent a long time on the combat and other things around it, that we ended up being a bit short on time when it came to giving the game modes the same treatment. In the end, we did what we could to salvage things by adding some objective support to Frontline under some heavy crunch and shipped it. We thought it'd do well and also we simply couldn't afford for it to not to. Thankfully, it wasn't as bad as it could've been and the game still sold extremely well. But we hear you, and are going to be working to introduce the type of objective-focused mode the community is looking forward to as we go on with development. Sometimes it's hard to hear criticism late in the dev cycle when you're powerless to do anything to fix it, and this was definitely the case leading up to release.

I think one of the problems that makes the matches so stale is that the points are extremely defensive atm. The defending team spawn and run straight over the spawn points and the distances between spawn waves are such sometimes (i.e. Taiga) that it is impossible to get onto the point without having a wave on the way to cross it making it impossible for a solo or small group to have impact other than by being in the frontline and smacking people.

I think if the spawns were further away from the points you capture and not behind them it would mean that you as an attacker don't have to fight whole waves of defenders who just spawned and decided to run you over. Of course the further towards the teams bases you go the easier it should be for the defending team but in the middle points it would be neat if there was more back and forth. I drew a extremely ugly image to explain. Hope anyone gets what I am getting at. 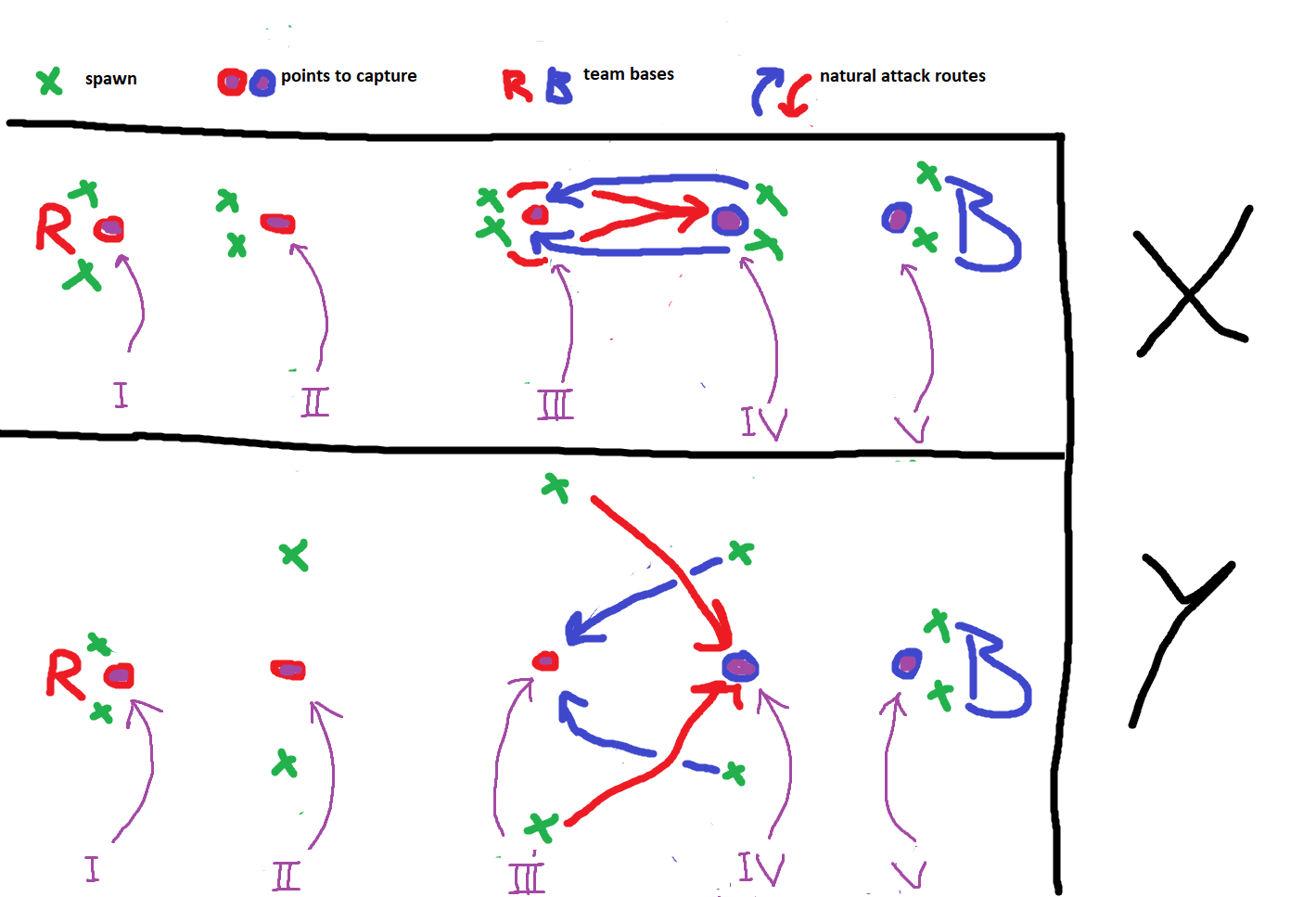 Personally I am hyped for mod tools, I got professional experience (retired from the game industry recently) as a level designer for commercial PvP games and I really wanna work on some maps on my freetime and I am sure there are a whole load of people interested in this all around. IMHO mod tools should be prio for the devs so the community can make this game better on our own.

@SerJaGGsaW said:
that guy was right, you ARE a nigger.
coming here crying about an admin of a private server that he owns and pays for.
trying to deplatform people based on "muh feelings" and "muh racism".
i am so god fucking tired of people like you.
i support whichever admin kicked you, because you clearly are a pain in the ass to socialize with, based on this thread OP alone.

"Hey, I paid money, can I kill someone in real life now?" Basically the same logic

no it's not lmao that analogy doesn't make any sense, it's more like "I bought some land, can I call people mean names while on my land and also make them get the hell off of it?"

to which the answer is yes

Depends on the country*

@SerJaGGsaW said:
that guy was right, you ARE a nigger.
coming here crying about an admin of a private server that he owns and pays for.
trying to deplatform people based on "muh feelings" and "muh racism".
i am so god fucking tired of people like you.
i support whichever admin kicked you, because you clearly are a pain in the ass to socialize with, based on this thread OP alone.

No matter, do you have to be racist? You just sounds so trashy, it takes away from any message you are trying to convey.

Problem is, how do you make sure it isn't being used for cheating? I think it's possible for bans by the devs but separate server owners can't do shit.

@EgoKat said:
Me and my husband use family sharing as we only have one computer and can't play together. Now, I can't play the game, which sucks. What is this collective punishment that disable non-cheaters as well?
I wanted to buy this game when I'll be able to afford a pc for myself, but now I probably will not - this anti-cheat decision left a bitter taste in my mouth.

It left a bitter taste in your mouth that they are doing what they can to deal with cheaters? Sounds like you are just stingy with your money. Get the game first if you actually like it and enjoy a experience with less cheaters instead of bitching about it. I just see you whining and not giving any feasible solutions to the problem.

The community is shit like that but as others have said: Just switch server, you could also use mute.

What does that have to do with pug servers? Lol
I said pug, not pub.

@smug said:
You can cherrypick for Mordhau too

Cherry pick vs a nicely edited trailer, hmmmm...
Really though how does that go through and get into a trailer? Embarrassing.

With that said I will check it out once it launches but so far mordhau has been the better experience for me compared to chiv and the devs here seem to care more as well. Easy choice so far.

As someone who's not a alpha player but quickly getting to a point where the average opponent is just a free kill this would turn the game worse for me. It would lead to less skilled opponents generally and when these self declared gods decide to give us plebs a visit down in the sandbox after having honed their skills even more (which the rest of us seemingly wouldn't have access to) they would even easier wipe the floor with us. Gotta say it's not a exciting prospect.

What's wrong with the pug servers and other places where more vet players hang out?

It was a fun game but idk about best mmo (and it landed me a job which is pretty cool). I think EVE is a better game and personally I had more fun over the years playing L2 competitively. It is a pretty sick game though with as you say, a joke of a dev team.

Uh it is a 2 point weapon which is pretty damn cheap. If you want the benefits of the maul then cough up the points.
It also has 125ms faster windup than mace.

@ToLazy4Name said:
so are you quitting or not

Fucking hell, this shit is still not dead?

What in the fuck?

@Kuro1n said:
Okay as a mediocre player with maybe 150h in mordhau and chiv together I decided to pick up the war axe and give it a run in FL. Two games and slightly drunk this is the result:

Both of those links 404, just post the images themselves you weirdo

Edit: okay for some reason they only 404 when I click them, and manually pasting the link into the searchbar pulls them up

Thanks for pointing it out, fixed. I have a tool for uploading instantly when I screenshot which is easier for me in most cases so that's why I linked them. :)

Okay as a mediocre player with maybe 150h in mordhau and chiv together I decided to pick up the war axe and give it a run in FL. Two games and slightly drunk this is the result: