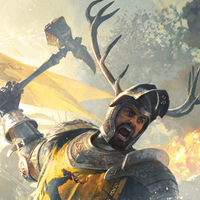 It was most likely what Deadmode stated, a late/windup feint, as a maul-only player, I get a lot of people who believe I somehow ignore the downtime too, because of certain drags/feints. 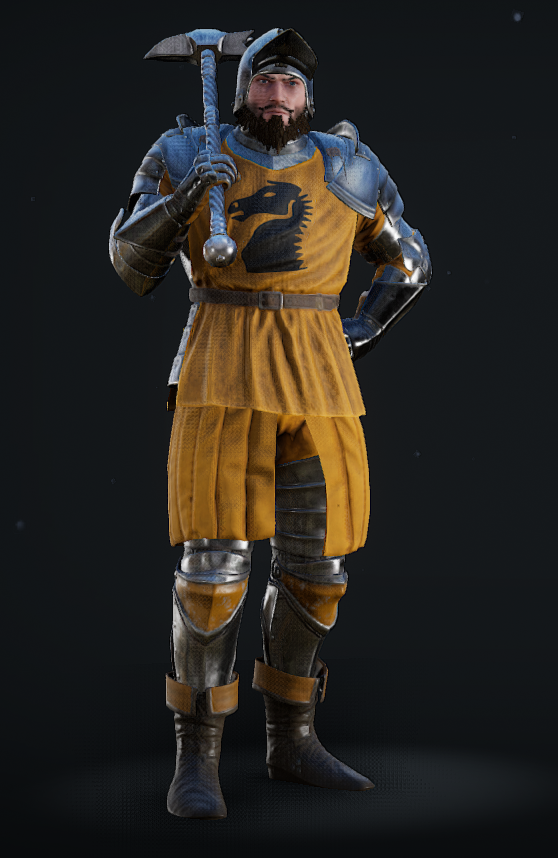 All I need is a better stag icon and some horns on my helmet.

I've put down a solid sixty hours into this game now, and I feel like I have a bit of insight into how it could be better.

Now, I'll start with the issues I've come across, things I feel are unbalanced or unfair or need fixing in general.

The Heater shield and the Pavise shield, as of now, I don't really believe shields to be that overpowered but the lack of counters makes them terribly strong, kicks should be the main way to deal with those who use them, but the problem is that kicks are terrible, absolutely awful, the range is arguably lower than a punch and even if you sometimes hit them, you're hardly given enough time to strike them, especially with a heavier weapon.

So, the solution? Give kicks more range, or make it so that you can still move slightly whilst kicking.

Horses in Frontline as they are now are practically invincible, whilst I understand that cavalry was a thing to be feared, hitting a rider coming at you with a heavy maul should be an instant kill, if you're quick enough to react and hit one of them, they just continue forwards, and that feels terribly unfair.

Solution? If a rider is hit by at least a two-hander, as they ride past, dismount them.

Quality of life changes could be made too, especially for the server browser, most of the time I do not see any servers on my "recently played" list, nor is there any sort of way to add them to a favorite list, which I feel should be a thing, so I do not have to search for the ones I usually play on.

The kick function needs to be updated, It's terrible as it stands, barely anyone knows how it functions and getting rid of people who break the rules set in some servers, (especially duel servers) is far too difficult.

These were the things I feel need fixing to improve the game, naturally, all of it is still my opinion.

Now, for my personal wants and needs, consider this a suggestion box of sorts, as I'll just throw a few ideas, some more serious, other just "this would be cool to have!". 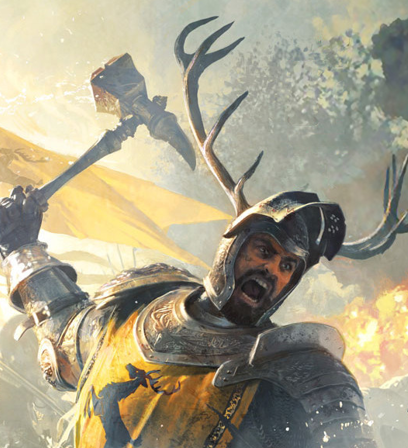