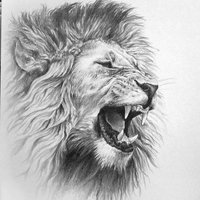 As much as I admire this map, it does get old pretty fast if you're playing at the same map over and over again.

kicks also needs a buff for it to be effective on shield users.

Ok, I've been noticing this issue for almost a week now. I thought it will resolve on it's own since I don't have any problem running/playing this game at all. So as the title says, at the end of the match, I don't receive any gold or exp. What happens is, I'll play a match or two without any issues then for next matches poof no gold and exp and the issue will continue. When I exit the match and go to the lobby screen, I'll get this notification "Consolidating items..." and it will go on like that for a few minutes til I lose my cool and terminate the process. The temporary fix is, I restart my computer til I encounter the issue again.

I like: The game, the combat, the weapons and the customization.
I dislike : The players who whines about every single little thing, just because it didn't go their way or those players who will shit on you because you're better than them. Devs being silent and slow. Front lines and Map design.

If you made depression, anger issues and mental retardation into a game mode. It's called Frontlines.

Sir, are you new to this kind of game and are you new to the internet? Base on what you said, you're the one who has issues understanding and learning the game mechanics. And you should've watch some gameplay videos before you bought this game so that you'll have an idea what situation you're putting yourself into. Also welcome to the internet.

@BallistaFodder said:
To all of you who keep saying the player base isn't dropping, OP linked an image with proof. Also I've noticed this as well, game has pretty much died for me as I live in Canada and can only play late at night. At around 2-6am there is only one or maybe 2 servers running in LA now, where as a month ago I there were around 3-5. I've seen it down to just one server running in LA with about 15-20 people in it.

Personally I think they really really need to hurry up with ranked mode. Game feels so casual I don't think currently many people even care win or lose. Ranked mode gets the adrenaline pumping and keeps people clicking "play again".

I too live in Canada and the TDM servers I usually played on (which are located in Chicago and Seattle) are disappearing. This week I noticed that there is only one server appearing on my server browser, sometimes none, I'll be lucky if I see 3 or 4 servers and only 2 of them I can join because of ping limitations.

Now Im being forced to play Frontlines (which we all know is a meat grinder and clusterfuck shit show), I don't mind playing on a scrim server but there are only a handful of servers that I can join in and most of the time, I'm on the wheelchair team.

Yes, I really enjoyed the game. Have the same feeling of enjoyment when I first played chiv when it came out. Still satisfying killing enemies, still humbling and motivating if Im being bested by a good opponent, still frustrating if my teammates blocks my killing blows and getting both killed, still a lot of funny moments.

But I find myself playing less tho. People who I play with on a daily basis and started the same time as I do are now around 50+ and I'm still 36 lol.

@BroodReaver said:
I'm not familiar with these term "sweaty people" can someone enlighten me what it means?

Earlier when I joined a server, I literally joined in and someone on my team said "Oh it's broodreaver, he is even sweatier than you (someone on the other team)"

I have no idea what it means lol.

It means someone who tries really hard at the game, so the point that they are sweating IRL.

I agree about everything the OP said except for the tdm servers. I mainly TDM since there are no exciting game mode like you said, and dueling against twitchy players aint my thing either.

Though there isn't much tdm servers out there, but they're there. Everytime I browse, I see like at 8-9 servers and 2-3 of them have decent ping that I can join.

I'm not familiar with these term "sweaty people" can someone enlighten me what it means?

Earlier when I joined a server, I literally joined in and someone on my team said "Oh it's broodreaver, he is even sweatier than you (someone on the other team)"

I have no idea what it means lol.

I just want to ask how can I change the name banner? Thanks

To some extent I agree what the OP is saying about spinning. I understand and accept it that it's part of the game, and it's base on skills too, to pull off those kinds of offensive techniques and also takes skills to defend against it.

To me, it's just visually irritating to see someone with a zwei, halberd or any long reach weapon spins like a helicopter. I was on a duel server yesterday and I fought an opponent that spins/rotates more than 360 when he is attacking and defending. He didn't win against me though. Visually it is funny but at the same time it annoys me to see because it looks so unnatural. I also hit level 30 yesterday and like the OP, I find myself dueling more and more, I'm a decent duelist (always in the top 3 in the scoreboard) but I decided to stay way from dueling for now, I'm pretty tired seeing people use that spinning technique or do awkward movements and ridiculous movements just to land a hit. Same thing I did back in the old Chiv days, and stick to TDMs and Frontlines for now.

You're not alone. A lot of us have this issue. I'll join a server with 60+ ping on it, and when I joined in I rarely see my ping hit 60+ even though at the server browser says I should be getting 60+ ping. Usually my ping fluctuates from 70 to 104, sometimes it can go crazy up to 140+ and that shit is unplayable to me, my swings and attacks will just go through an enemy like Im a ghost (different from the ghost bug) but I will still get hit.

You're not alone and a lot of us have this issue. People on YT are also mentioning this.

As much as I love large scale battles and engagement. I do agree with the OP. As a new player, with good awareness. I find it hard to force or create a 1v1 engagement because of the constant ganking. And even if we engange with an equal number of players, it's always a clusterfuck and lmb spam and the players who have the longest weapons or high damaging weapons always comes on top. Kinda hard to appreciate the shorter weapons because players prefer to use long reach weapons and just spams it to get many kills. Objectives are being ignored most of the time. Also annoying to play one's playstyle because it forces players to be one dimensional.

Overall it is still fun and enjoyable but the maps are small imo to fully appreciate FL. At least this game isn't plagued by those spinning rainbow slashes that happens in Chivalry.

As a new player, I've been trying to understand the mechanics of this game down to every small details. I have a couple of questions about the movements and mobility of the avatar.

First.
Does the level of armor affect the overall movement, I know it affects the running speed but does it also affects the combat movement like turning/pivoting, pirouette, swing and thrust? And is it only the weapon speed affects the swing and thurst?

Second.
What is the difference between the grip? I noticed that there are weapons that can be used both as 1hand and 2 hand like the bastard sword, are there an actual difference if one used such weapon as 1hander or 2 hander?

Update. I reinstalled it again and it seems doing ok now. Weird.

Alright, as the title says. My problem with this game is every time I run it, no matter if Im the home screen or in a match playing. For some reason this game causes my monitor to lose signal and I have to restart my PC. On the first day I got this it was running fine, buttery smooth with no problems at all played a good 8 hours, but on the second day I noticed every time I will go into the armory or in armory screen while in a match, my game will freeze for a few seconds up to a whole minute. Then yesterday and today I have the worst symptom so far, not only I have those freezing issues, Im also losing monitor signal.