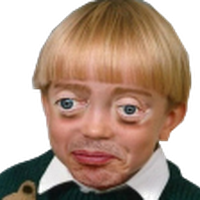 That is a beard we truly need 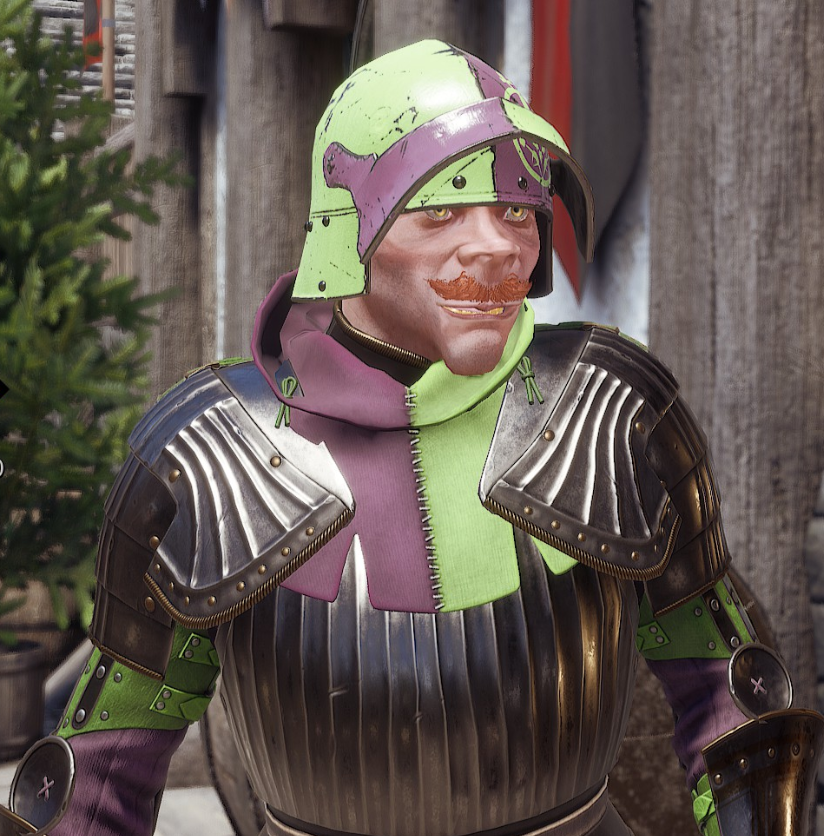 I'd love armors from different cultures as long as it's within limits. I do think it'd be a shame if you'd just have all sorts of armor all over the place. Immersion matters!!!

More kniggas, less whinging about what's OP and not 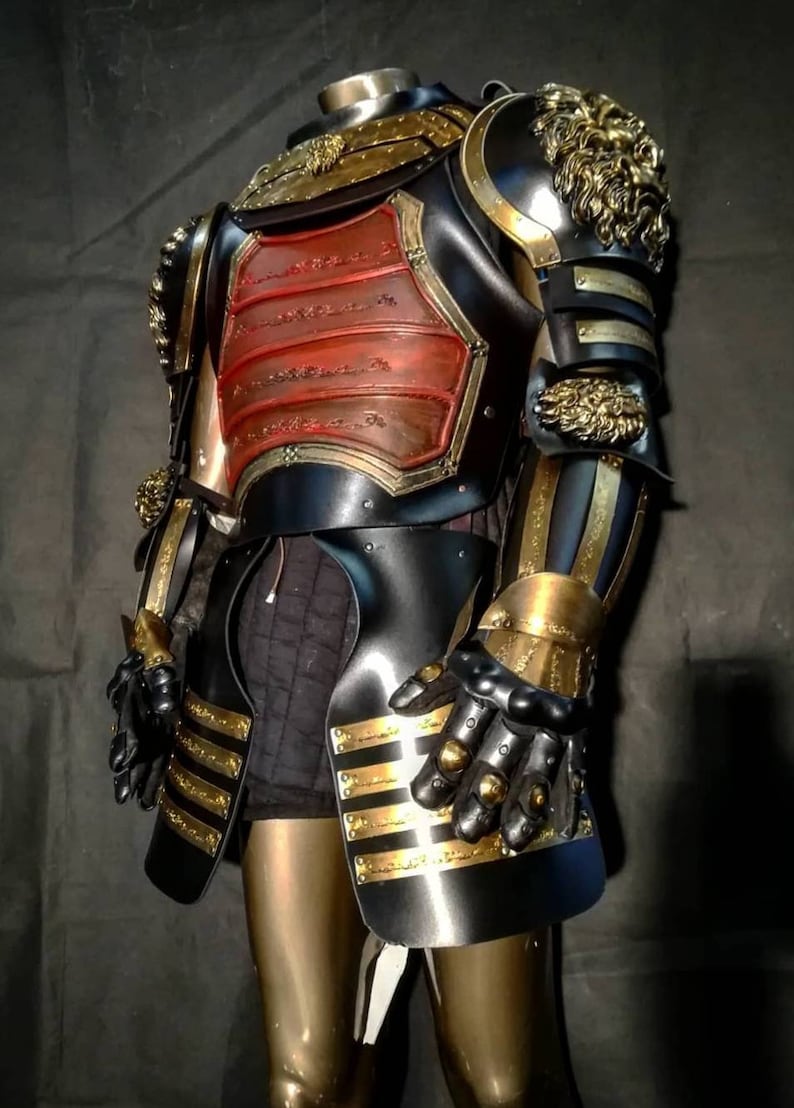 On a more serious note:
Shoulder protection: something that makes the shoulder look bigger, but also goes down the arm a bit. Most of the current shoulder armor pieces are very tight on the shoulder, which looks kinda boring.
https://cdn.ecommercedns.uk/files/9/210639/4/1179174/image.jpg

Some sort of cloth like you currently have, but then with shoulder protection underneath it (you currently can't have both) would be nice aswell

I am happy with anything new tho :)

Completely agree with the critique being put forward here. I really like this game. It's good looking, it has fairly good combat (better than that of most melee combat games that got released in the past 5 years or so), it has great customization, but while those things were done well, the maps and gamemodes really fell behind.

The lack of a proper objective based gamemode, or just siege, really makes all other gamemodes feel like the same shit in a different toilet.

Hopefully the devs recognise this, because I would really hate to see people quit fairly quickly because the maps and gamemodes aren't able to support what is otherwise a great game.

I don't know what the Mordhau developers are currently working on, but I hope updating the maps is on their top priority list. Several maps are literally broken, allowing people to get out of them. This has been known for atleast a week and nothing has happened yet. These issues should be extremely easy to fix, so why the wait?

Hopefully it will be adressed a.s.a.p.

E: oh and of course the balance on some maps needs work, but I am sure the devs are aware of this (I hope they are)

Two of my more recent kniggas 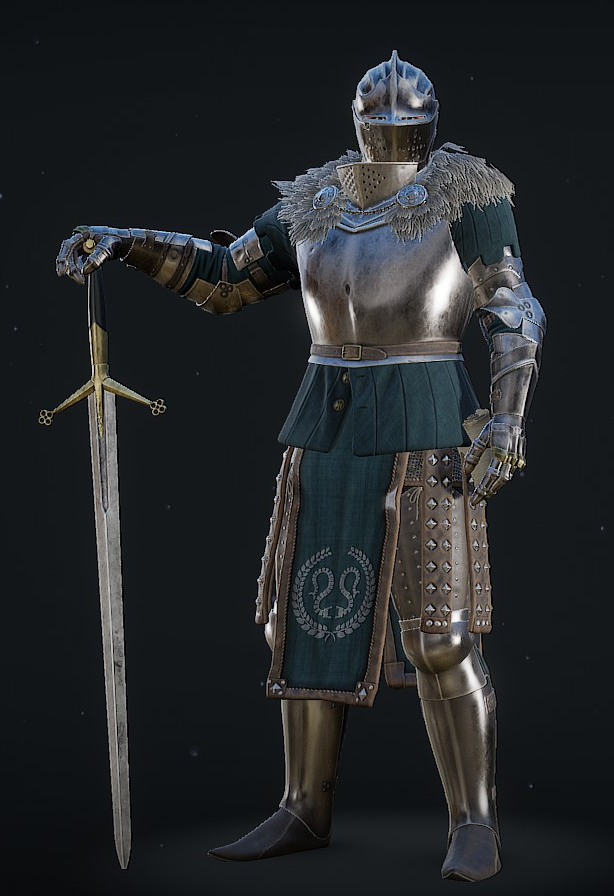 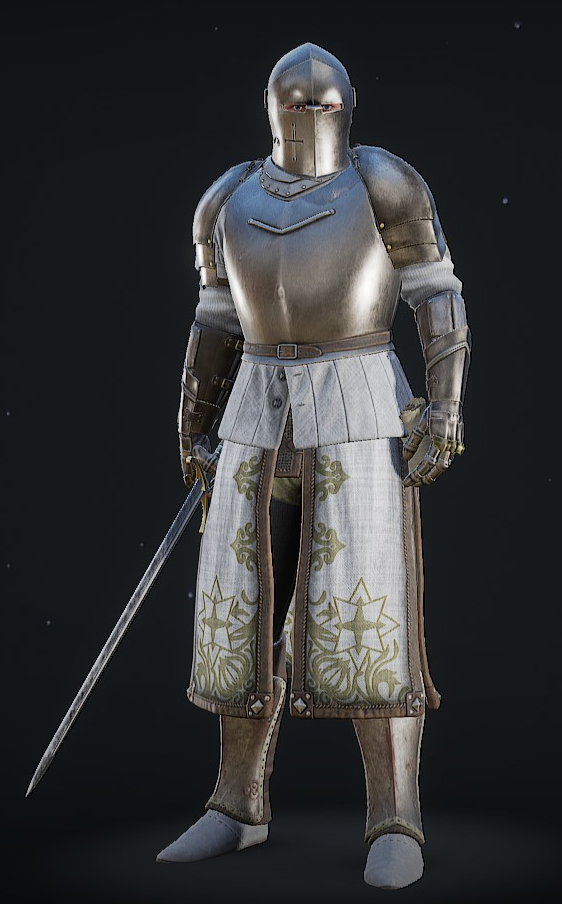 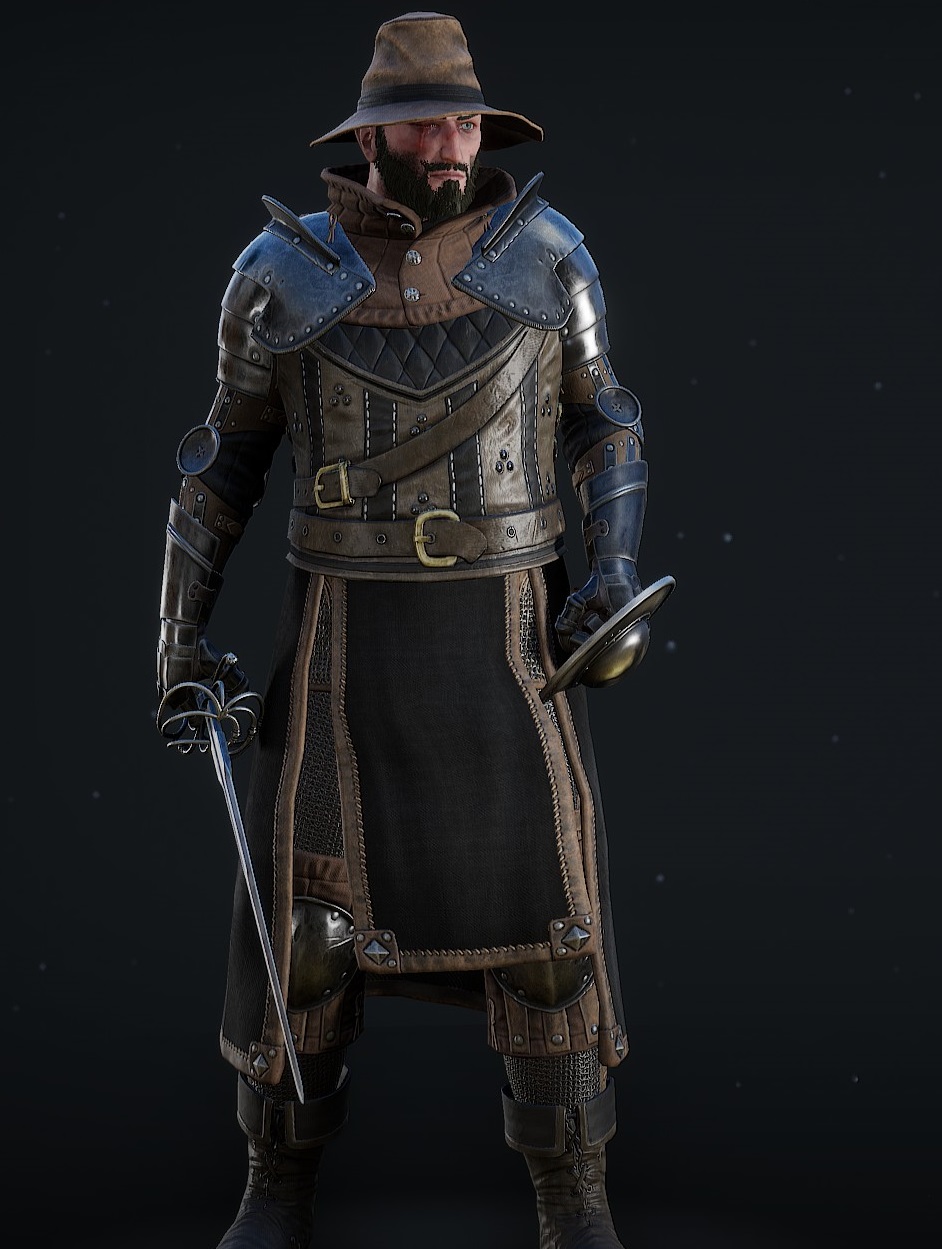 He uses a Rapier, Buckler, and firebomb. I initiate heresy purging by first throwing the firebomb and then walking through the fire (fireproof perk) straight into those heretics and pressure them like a true Zealot of Sigmar (second wind perk).

Contemplating about ditching the Buckler and adding a Falchion/Axe instead. Throwing the Rapier to kill fleeing cowards seems like the sensible choice.

Damn that one looks nice, a shame it's so lightly armored even tho it works for the rapier build I guess

It seems to me that toolboxes are mostly used by trolls, who spam defences on small maps, thus causing shitty situations in which only time is lost. Everyone is forced to watch how one team constantly builds, while the other spends several minutes trying to break the defences.

In frontline I can see why toolboxes work, because you're meant to defend certain positions and the maps are generally much larger. However, when playing Skirmish, TDM or Deathmatch, especially in smaller maps, the toolboxes cause utter cancer. I'd argue that in 'Tourney' it's the worst. That aside, the gamemodes mentioned above do not require engineers, in my opinion anyway.

Atleast devs should consider making it something optional for server owners to decide. This way people who want to build for fun can do so in private servers, but in my opinion the official servers shouldn't have toolboxes for the gamemodes I mentioned earlier.

I like the golden tint, but as I mentioned on a topic I made previously (--> https://mordhau.com/forum/topic/15626/make-armor-tints-a-bit-more-colourful/#c2), I don't think it's 'gold' enough

I also think they could add some ''emblems'' or family weapons for higher levels.

We'll see what the devs come up with tho. I do think that in general this game does lack something to 'grind' for.

The real reason we need a map editor (apart from me being eager to make maps) is that a good variety in maps can make the difference between a player quitting a game after 5-6 months of after 2-3 years (a bit over exaggerated perhaps but you get the point).

Having only 6 maps, or a few more if they add some, will become boring fairly quickly. Heck, I am already bored of Taiga which leaves 3 maps remaining when I play Frontline.

Honestly, in my humble opinion making map tools should be a top priority for the developer team. I mean, if they succeed they can literally let the community take care of the whole map issue.

That aside, people will also be able to turn 'Frontline' more into 'Siege' so you practically add a gamemode without adding a new gamemode. This is something I know many people would like to see, given that sieges truly belong in a medieval era game, in my opinion anyway.

After watching Game of Thrones S8E5 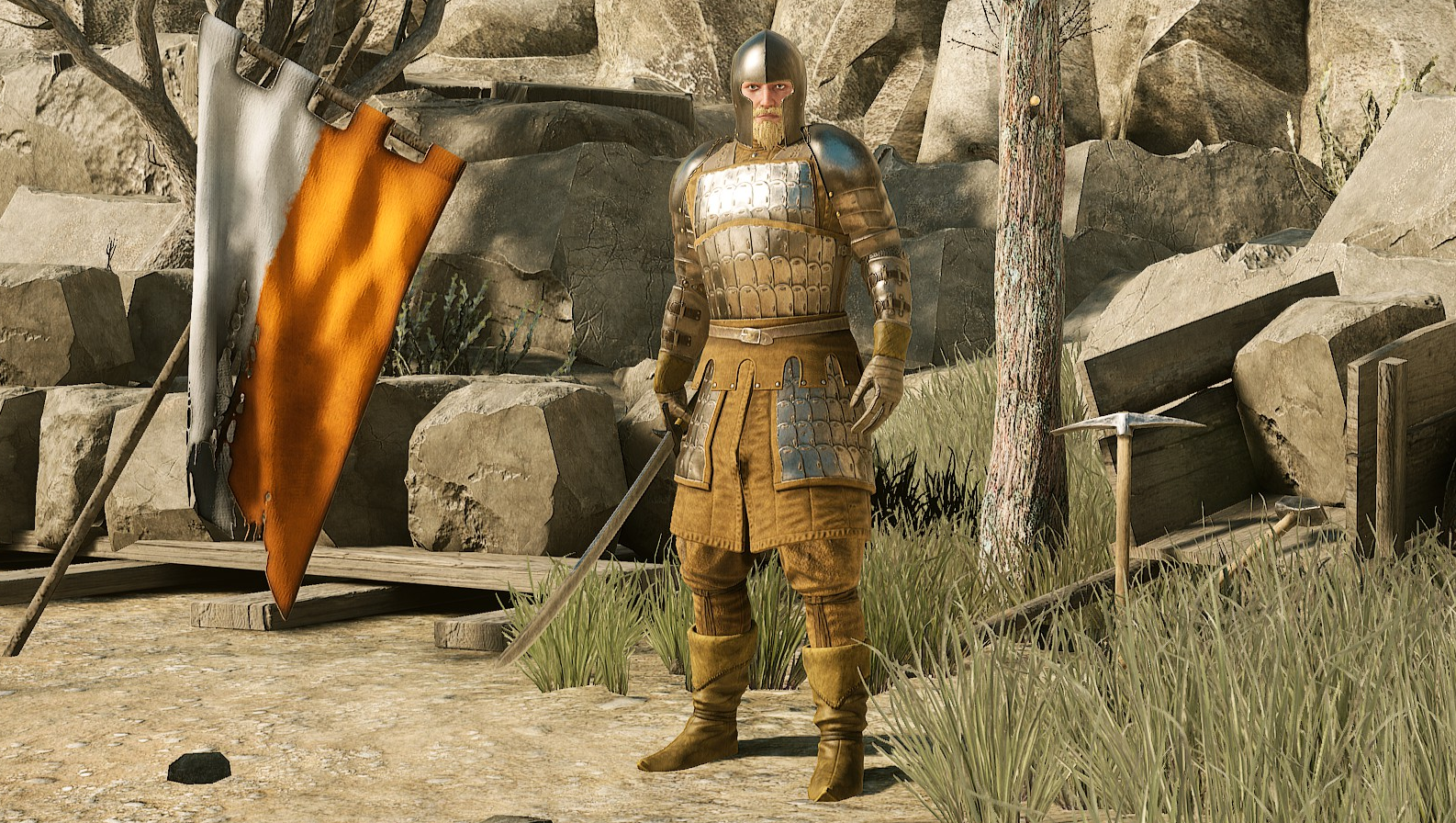 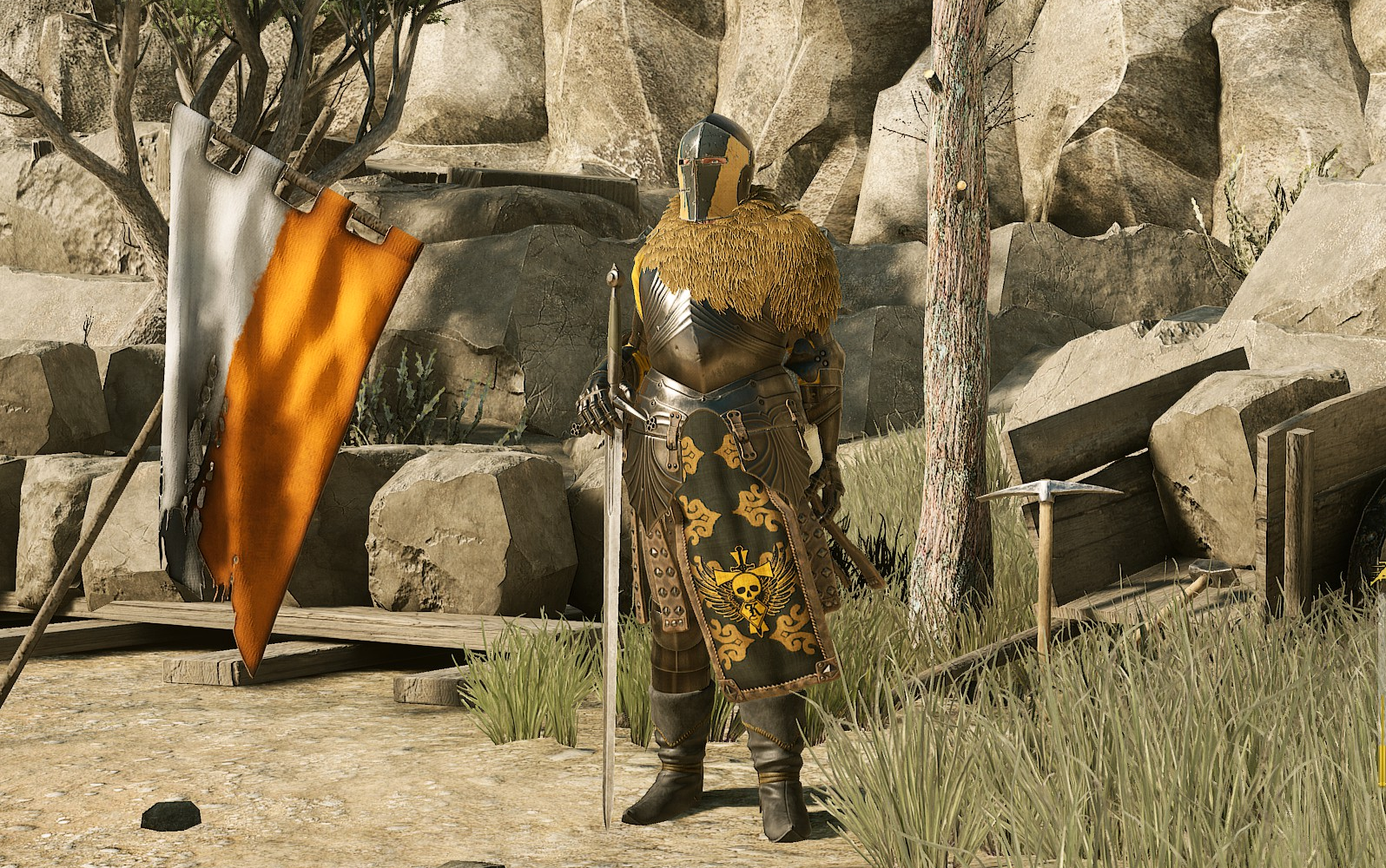 I'ma just bump this once, although I can imagine not that many people care 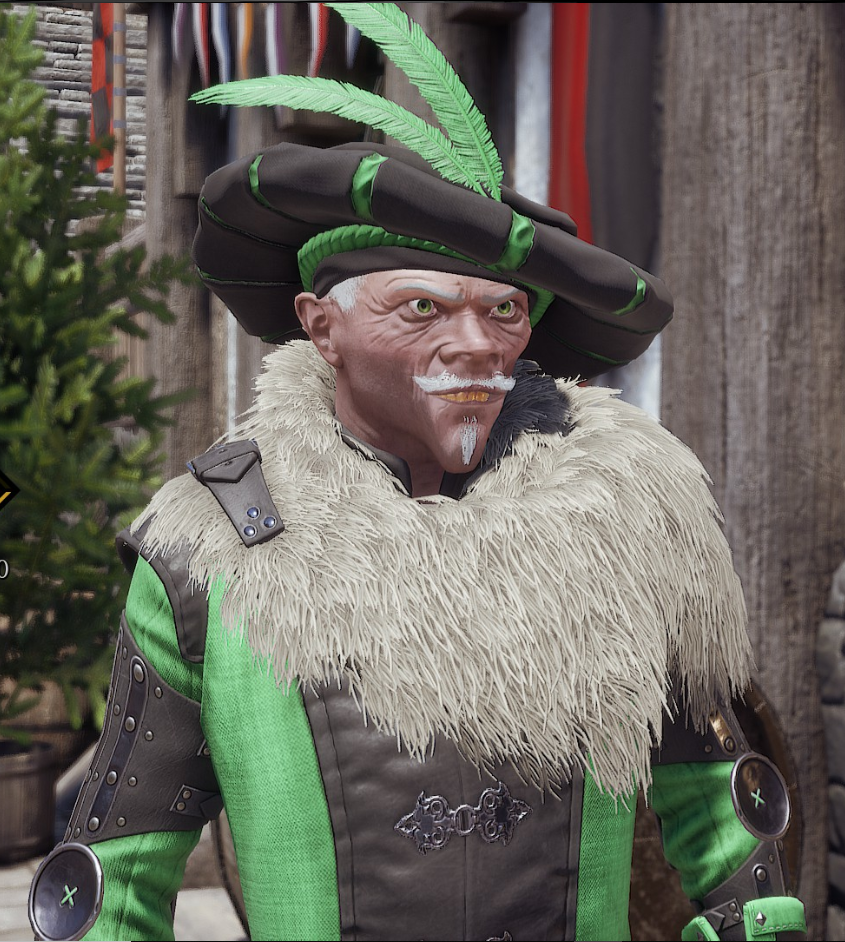 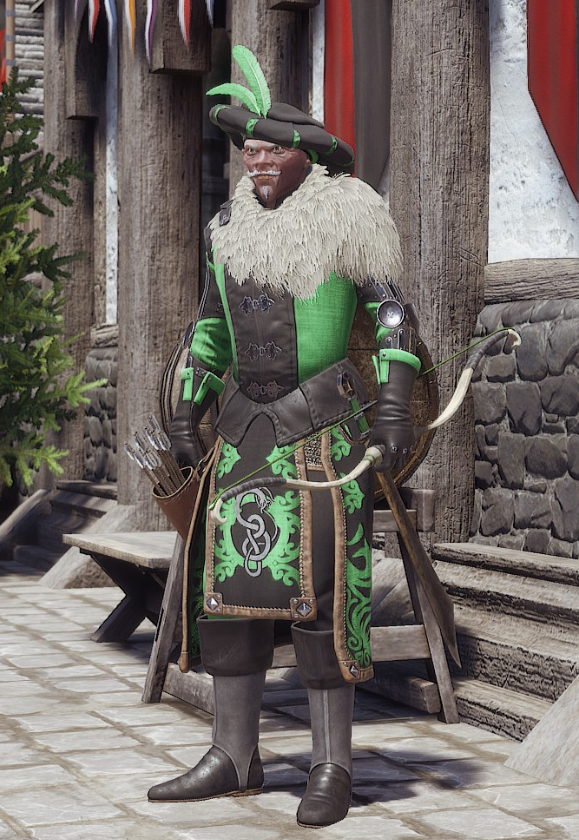 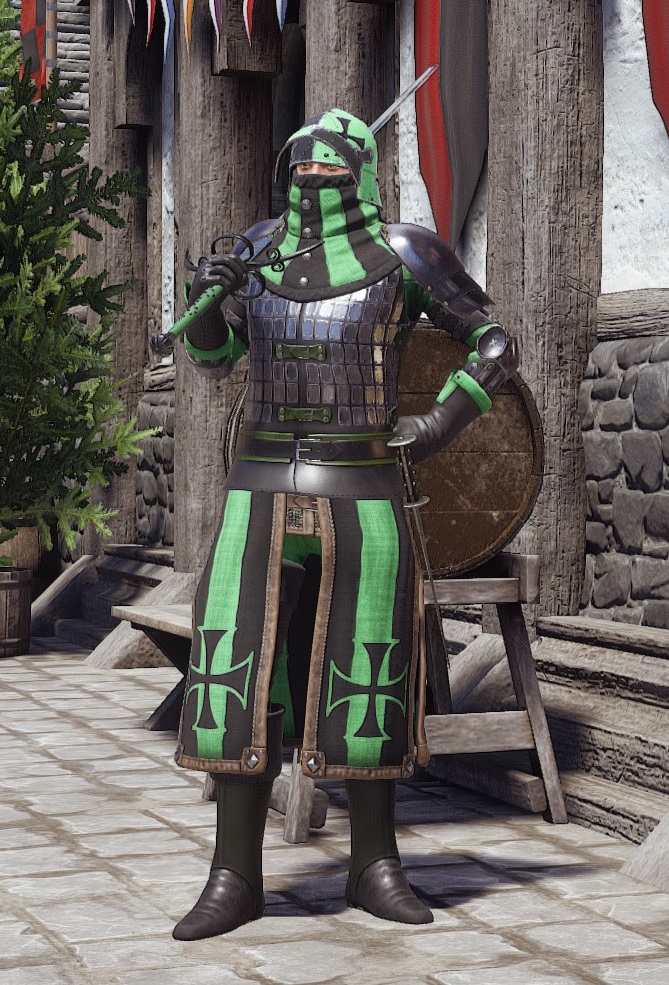 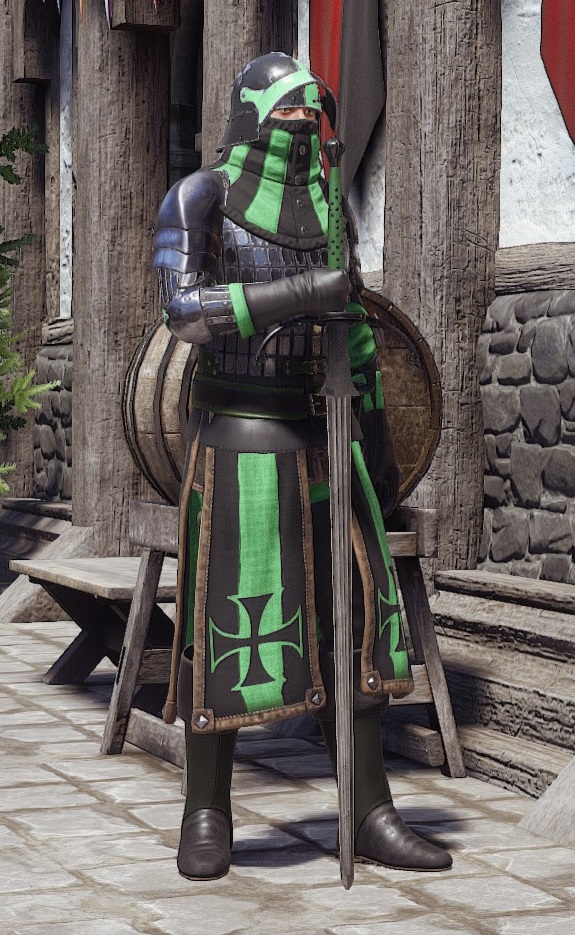 Don't you get fried fairly quickly with the armor the upper character is wearing? Does look fancy (which matters most ofc.)

Not sure if it's possible, but surely it isn't impossible to make zones where ranged weapons don't function?

Maybe it is just me, but I feel like the differences are so minor between most of the armor tints that I am hardly able to actually see them. With the exception of the black/grey and brightest armor colours.

The golden tint that you unlock at level 110 for instance, isn't really that gold. Now I understand that it's a 'tint', but it would be nice if the colours stood out a bit more in my opinion. Perhaps even make it optional, so you can decide 'colour hardness' and how shiny it is (which you can already do)

Just a minor suggestion, love the game, Dek out