Bump, found another cheater on Invasion gamemode. Was spamming swings left and right in a thick crowd.
Obviously autparrying all attacks unless killed by parry recovery timer.

I can tell you the name and steam account too ...
I could also post videos about it.

I will bump this up because of the severity of the problem.
You may argue that you havent encountered any cheaters, however, have you bothered searching?

I recommend kind players to do a little research on the subject, and pay attention to who they encounter on Mordhau servers.
And to perhaps visit other servers, rather than playing in those "L337" duel only servers where only a specific playstyle and trusted players frequent.

I am not debating anything related to gameplay mechanics, Rather, im asking the kind devs, to please update, revamp, or include better anticheat systems, or any anticheat system to detect injected scripts, or scripts related to the cheat in question.

Only only needs to do a quick google search to discover the origin of these said scripts. ( i will not be posting the source ).

@ButcherGER said:
Thing is that there is no reason to go shield any longer.

They are out of the game.

A good game should have all content being viable (or as much as is possible). Mordhau actually did a great job at that since almost all wepaons are viable. This leads to a diverse playstyle. However on the shields that failed. Imo it's a shame since that is probably the most characteristic different playstyle there is.

If they aren't supposed to perma block give them superb stamina maintenance (and stamina drain when kicked to coutner it) so they are actually being used again.

Yes exactly, ive been arguing this viciously since the very beginning when devs started pondering on the idea of nerfing shields, because apparently too many people turtled up when using it.

The one and only viable reason someone would want to go shield main is because it provided the user with the advantage over those who use feints and morphs as their main. Shield user effectively had an advantage to strike when needed, as opposed to the flurry of spam attacks by slow 2 hander users. People complained that "Noobs" would use the shield as a "crutch", but i argue that this is very basic and narrowminded view on shield mains.

If anything, if the Devs truly want the shield to be "Balanced", there should be a feature where the shield gets damaged and eventually destroyed, ... Just like Mount and blade did it.

So apparently logic nowadays is:
A: Drags are 'ok' because its ok to turn your sword into a ligthsaber when you decelerate it, dragging it, .... (* when actually, this should do the least amount of damage ) but hey, thats OK.

B: Holding up shields are NOPE according to some fine specimen of human beings, and better yet, OBLITERATE the shield function by throwing it in the "R" section that no one uses, lets not forget the absolutely unrealistic, unnecessary, quite frankly, inexcusably stupid punishments / nerfs on movement speed, turn rate, etc.

C: Its "OK" to listen to serial feint spammers, Morph spammers, Draggers, accelerators & decelerators, because hey.... They like to "Win". Right?

Also Heres a link to another forum post, where i Bitch about your game, Mordhau being infested by ranks 16 - 40 autoparry / Auto block script cheaters, https://mordhau.com/forum/topic/21186/your-game-is-infested-with-autoparry-script-cheate/#c3 Whom apparently have inhuman parrying abilities, including parrying / blocking kicks in convenient times. Perhaps nothing is being done because all the L337 nolifers you listened to for feedback play drag duel matches in l337 servers who were to busy reporting cheaters.

They removed shield held block so people can do this. wow such "skill", such realism to slow down sword swing turning it into a lightsaber.
such realism.

Get this:
Remove ability to hold up shield....
Allow swords to turn into Instant death sword when touched...

Modern logic.
I have ZERO respect for people that advocated and still advocate for the nerfing / removal of Shield held block.
Shields now are not being used. GG thanks alot.

Did you understand the context of this Topic?

I hope you are aware that your servers are infested with autoparry script cheaters.
Your Anticheat , if there IS any, isnt doing what its supposed to.

Low level players, 16 - 40 who have perfect parrying skills, Gamble 99% of the time, Never flinch to feints, and Counter kick when you kick them. You can tell someone has a script when you initiated a completely unexpected kick inbetween a flurry of attacks, when they least expect it, and boom, they counter it the very second the kick initiates like a inhuman bot.

This is becoming a nuisance and it deserves to be adressed.
I have already reported a large number of them with "Steam reports" but seeing that theres absolutely nothing being done, they keep coming back and they are just enjoying their gaming experience with their handy autoparry doing all the work for them and making any gaming a miserable experience.

:(
Worse yet, VAC isnt doing what its supposed to do.

If someones going to comment with " Maybe they are just good, git gud" please dont. Im not your usual casual online peasant that cant tell the difference between a script, and legitimate gaming. I know when someone uses a script. 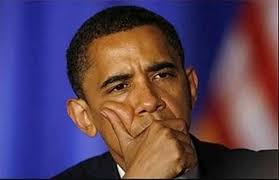 Now if Devs INTENDED to have a game that encourages Bayblading, Feinting, Dragging, and general degeneracy, then ill fall silent and leave. Otherwise ill stick around on the forum until this update (that got me banned on Steam) regarding shields, is reverted.

@Cracksmith said:
I dont get your weird hatred towards 2handed weapons, nor feinting for that matter. You seem to think playing the game in a nuanced fashion is a bad thing, and i cant help but disagree.

There is no Hatred towards 2 handers. I just cant stand these thankfully small numbers of 'L33t' players / who happen to be anime weebs that think 2 Hander is "Kool" because it fits their criteria of Online "Fun".
If you go on steam discussions, many people are arguing and complaining against removing the right click block function, and the reworks to make shields serve as walking shield walls ... and thats it.

Shields purpose was great because it countered certain playstyles, baybladers, feinters and draggers.

Now that its gone, they can stay happy with their Ego stroking, feint spamming and easy winning again because apparently, they have no life and need to feel better about themselves. 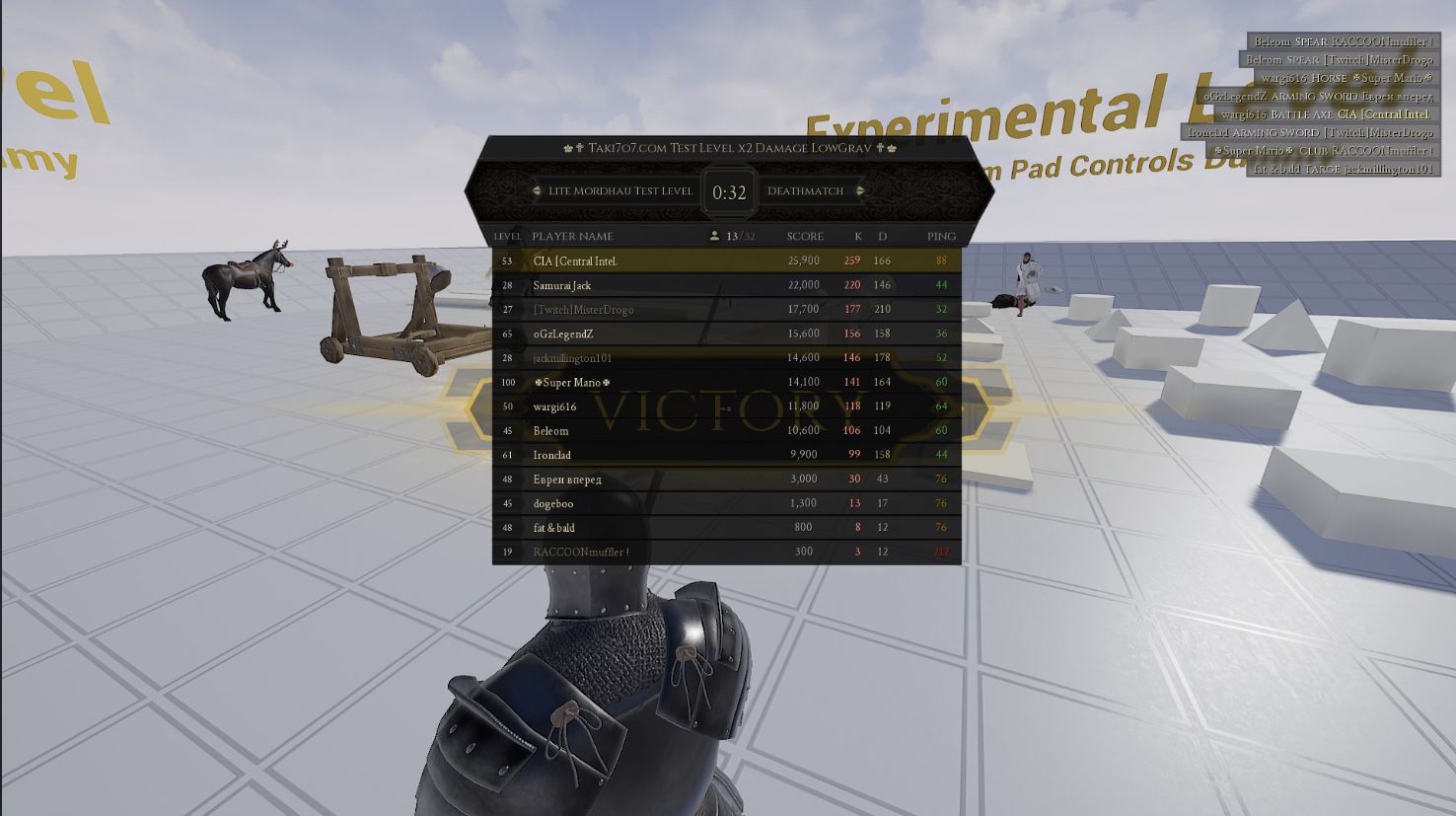 Well then people can laugh all they want. Im certainly not trolling, Nor will i go anywhere, and i definitely wont shut up.

Esturias if you would only understand the irony of your arguments, literally talking about yourself as a person.
Im arguing against the shield rework/nerf here and you are spamming personal attacks on Character.

"Considering that you are like that in real life too?"
LOL wtf?

Stop. Writing. On. my. Thread. Go troll elsewhere.
if i knew a way to block you, i would do it.

Theres no other way to respond to trolls.

@Jaw said:
I get it, Mordhau is a difficult game and can take many hundreds if not thousands of hours to get good at, and now that your crutch has been taken away you're forced to either learn how to play the way the devs intended or give up. Maybe Mordhau isn't the game for you anymore?

What is your steam... I want to teach you a f*g lesson from supposed Shield crutch user

@Jaw said:
I get it, Mordhau is a difficult game and can take many hundreds if not thousands of hours to get good at, and now that your crutch has been taken away you're forced to either learn how to play the way the devs intended or give up. Maybe Mordhau isn't the game for you anymore?

it Pathetic that you actually think, after Countless updates and Nerfs on a playstyle, that it REMAINS "A Crutch".
You are Obviously flaming, and looking for arguments.

Where do you see personal attacks? You are constantly twisting peoples' words and writing lots of nonsense.
Is it an insult to educate people about being wrong? And deluded? And completely ignornat?

Seriously. Grow up and get some help.

Revert / Bring back Right click - shield Hold block to Mordhau Devs. The game has become a feint spamfest. Thanks.

@NumidianPikeman said:
Would you drop it with the weightless Insults. Troll.

If that was an insult, what exactly is the following nonsense you came up with?

2020 Year where we go against reason and pamper to Devil may cry Naruto / fortnite kiddie console casuals like yourself because Bunny hopping and beyblading is "Fun".

...Exactly, that's an insult, too! Yay.
Besides that, you are once again twisting words. Your delusion shows again.
And you still wanted to tell us what's bad about DMC.