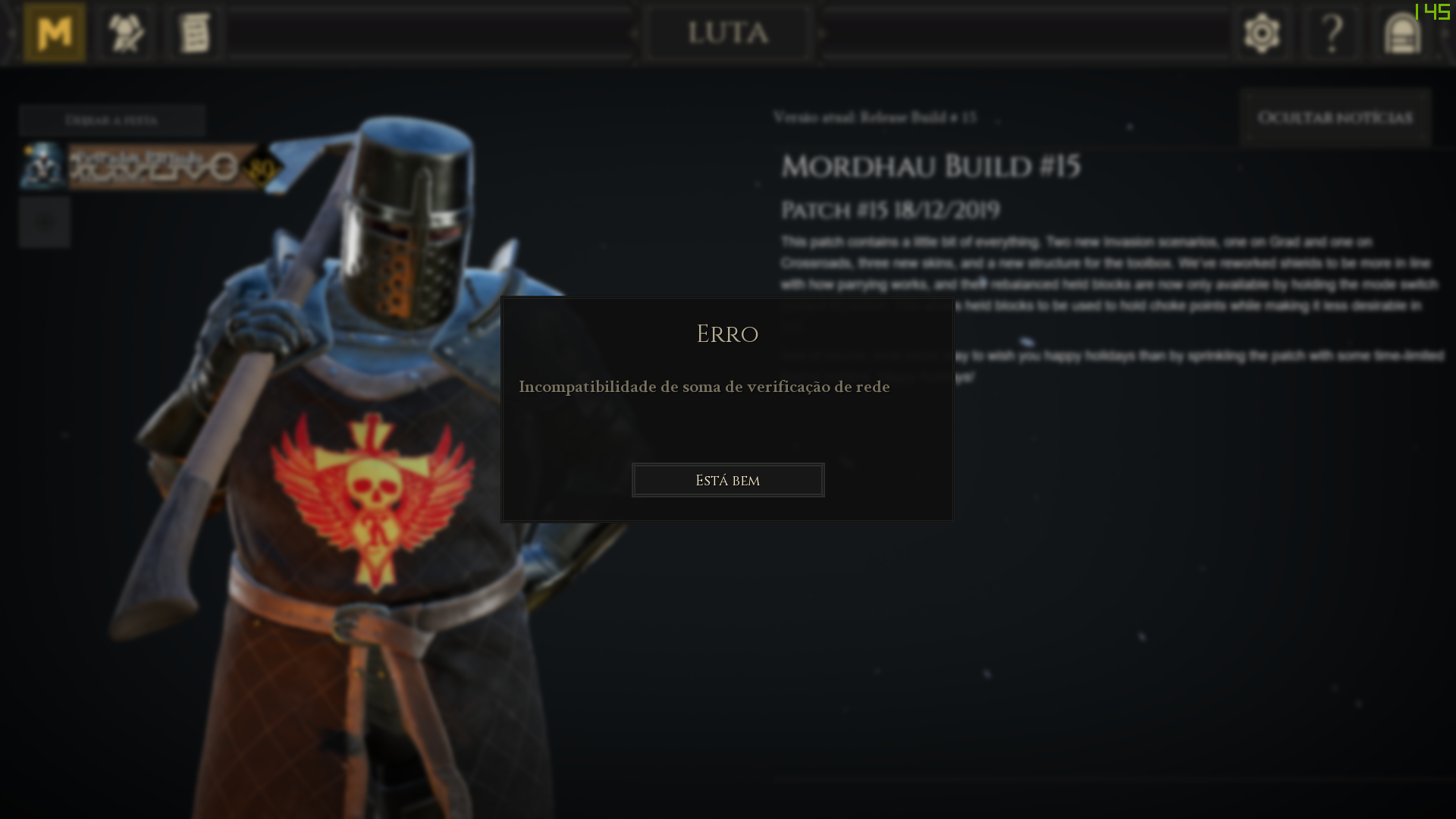 Trying to join a modded server, i get this network checksum mismatch error, anyone know how to help?

I think the server has 24 slots so maybe 12 duels/lobbies can happen at the same time, queue is only long at higher ranks because theres a lot of good players that havent started playing ranked yet, and some that just stay on duelyards for some reason i cant figure out. 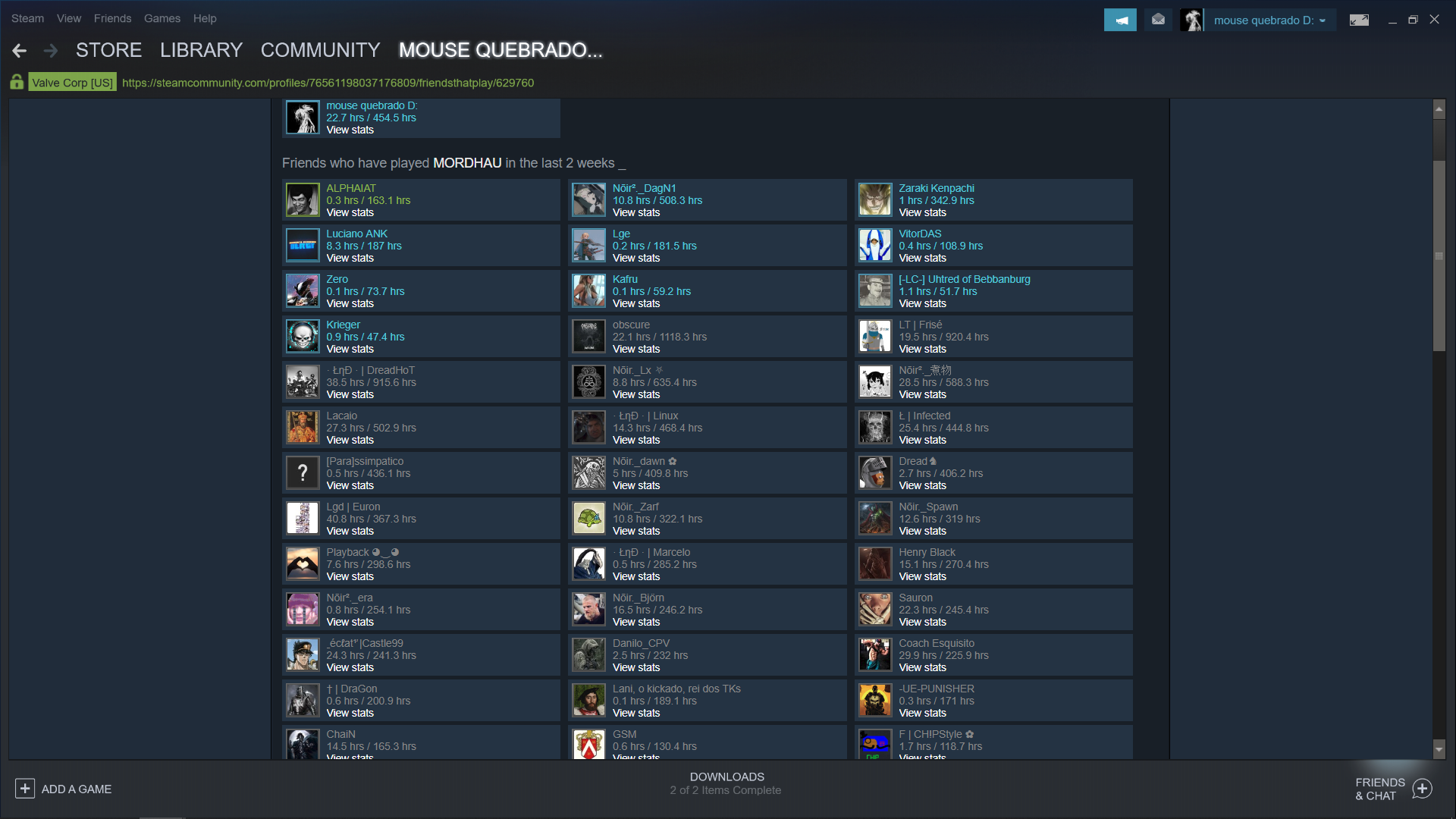 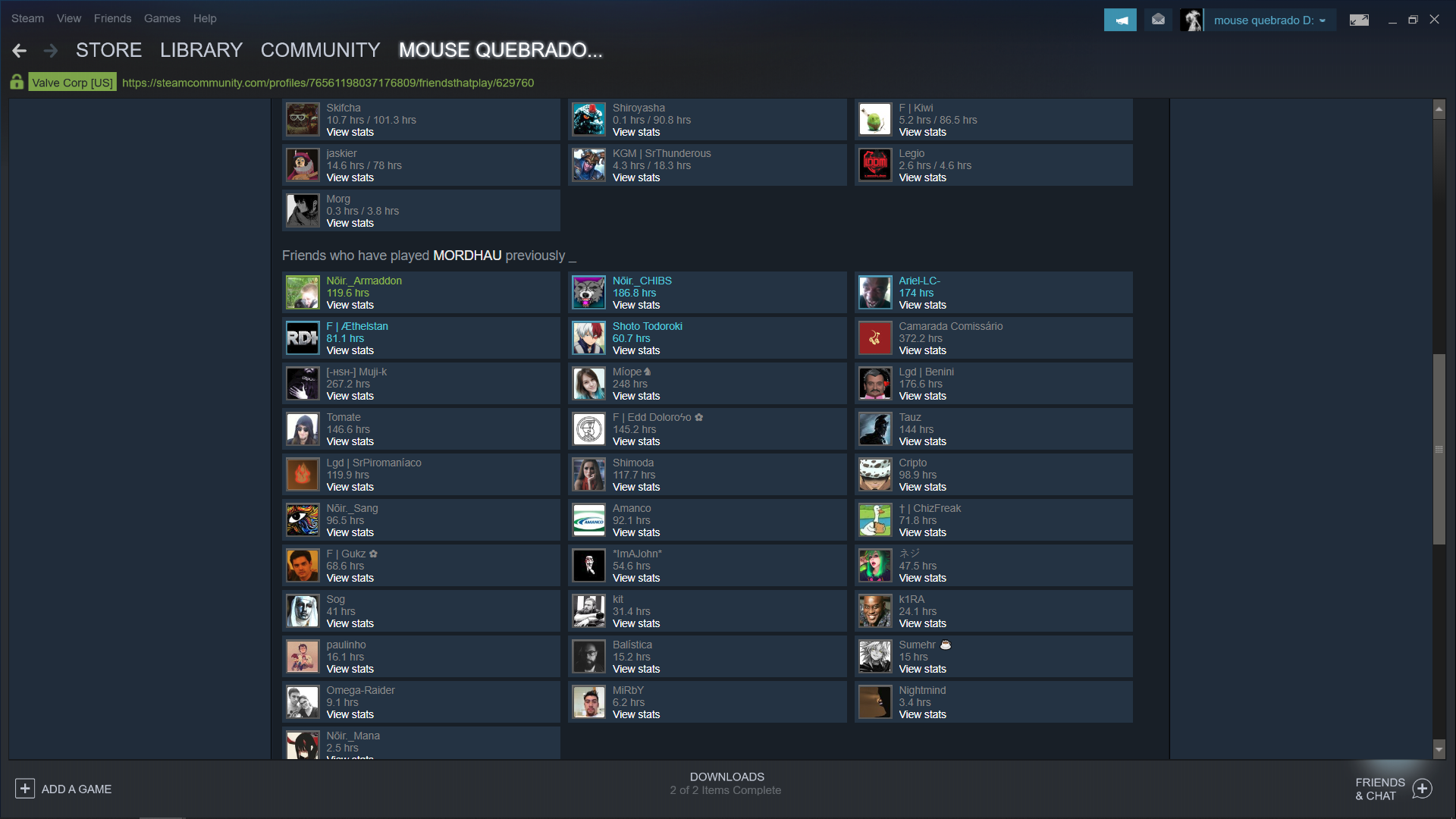 This is only my friends list that mostly only has comp players from chiv, you can see that theres 50+ 100 hours people a lot over 300 and im missing at least 30 comp players from other clans and countries in SA and have literally 0 frontline players, but you can see that everyone is just not playing anymore after getting 300 hours in like 2-3 months because there is nothing to do in the game, the only update we get in months we cant even try it out so we basically got nothing but "bad" changes that keep getting changed again and again like we are still in alpha.

I dont know why that website says 12 players(theres 14 players in my clan only that collectively have 4500+ hours) and what kaiowa said is true we used to get 150(avg)-300+(peak) ~1 month ago, nowadays fronline has like 100-150 players at peak, the problem is the comp players that left hoping to come back to a better more complete game and i guess will keep waiting forever.

Marox just please add it, if it doesn't work that's fine its not like theres a leaderboard(if you add one just make sure to do it by region as a global rank would be pointless) atm, and its in BETA right? All this game need is MORE content, just having it would already bring more people back to try it out and maybe end up trying the new things you guys add like maps and modes.

Its really not a good thing to block regions from certain features even if justified(some people even negative the game on steam because of this, making it impossible for the region to get more players), its best to work around it and atm you cant offer us anything other than "open your own servers if you wanna play anything resembling competitive".

If in the future you allow us to open private servers with ranked modes that work, we will do it.Some of you devs came from chiv so you know how it feels getting neglected by the game(company) you love to play so much.

Please give us the server, we can get a signed petition on steam proving we all have the game and most with 200+ hours if you want(at least 77 people just from my friends list). But the devs already know that, they just think they can say a random excuse for being lazy and get away with not caring about 100-200 players maybe they havent realized 90% of their global playerbase stopped playing so how do they expect us to keep our daily players when there was nothing to do in the game but "practice"(deathmatch duels, skirmish scrims) at the hopes of some ranked modes which were promised to us just to find out we cant get them because ? 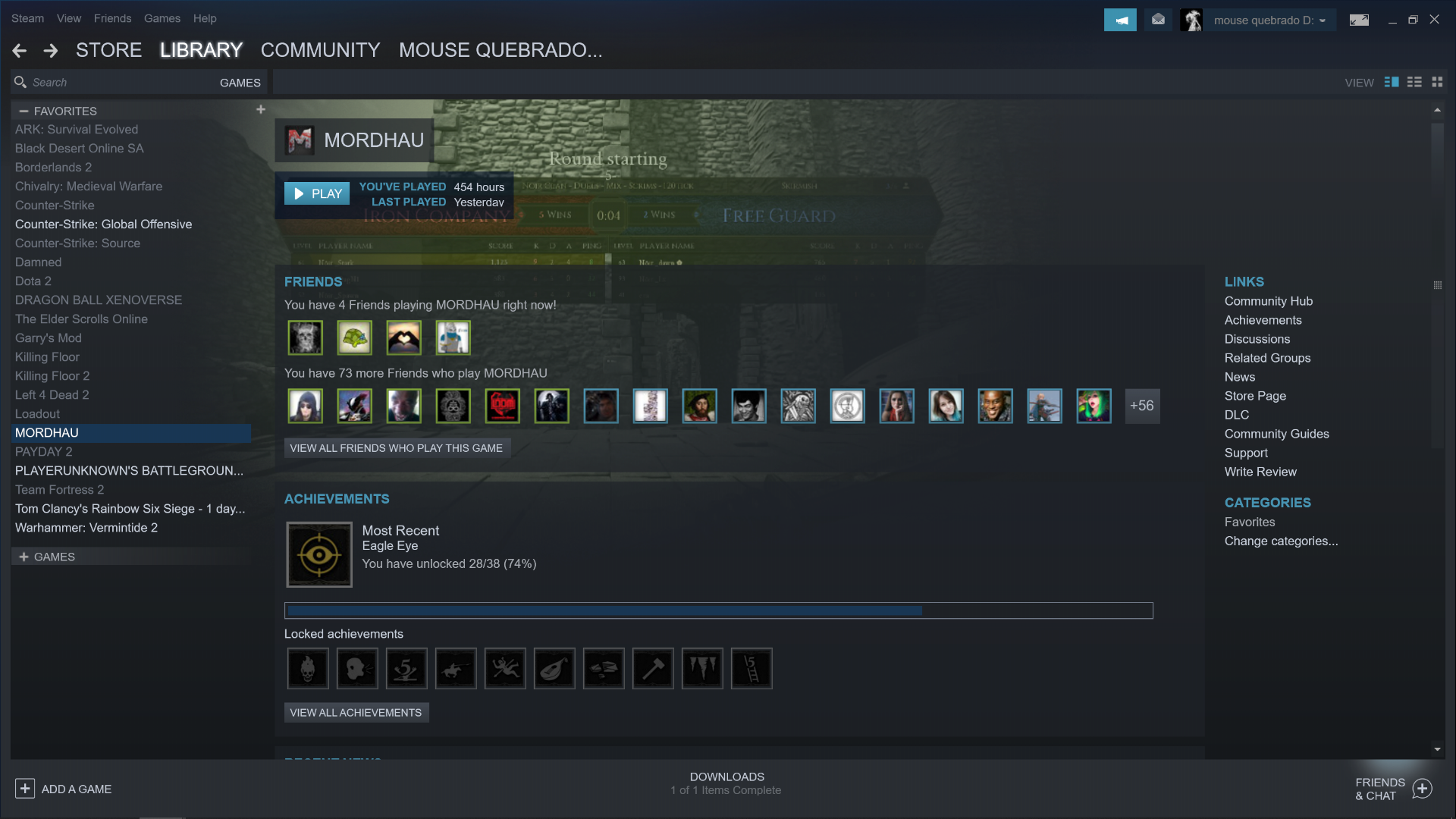 Please add SA servers. We have 12 official servers i think 8 horde 4 frontline, if theres no population atm(people WILL start playing again with more content coming out) just change one of the frontline servers to 2 ranked servers one for duel one for 3v3 when its out(if they are 24/24 as ive been told), because most of the remaining people that play daily are competitive players.

Can someone please add a ranked server for South America we have 12 official servers and a decent ammount of players and theres even the option to search for south america ranked duels but there are no servers. 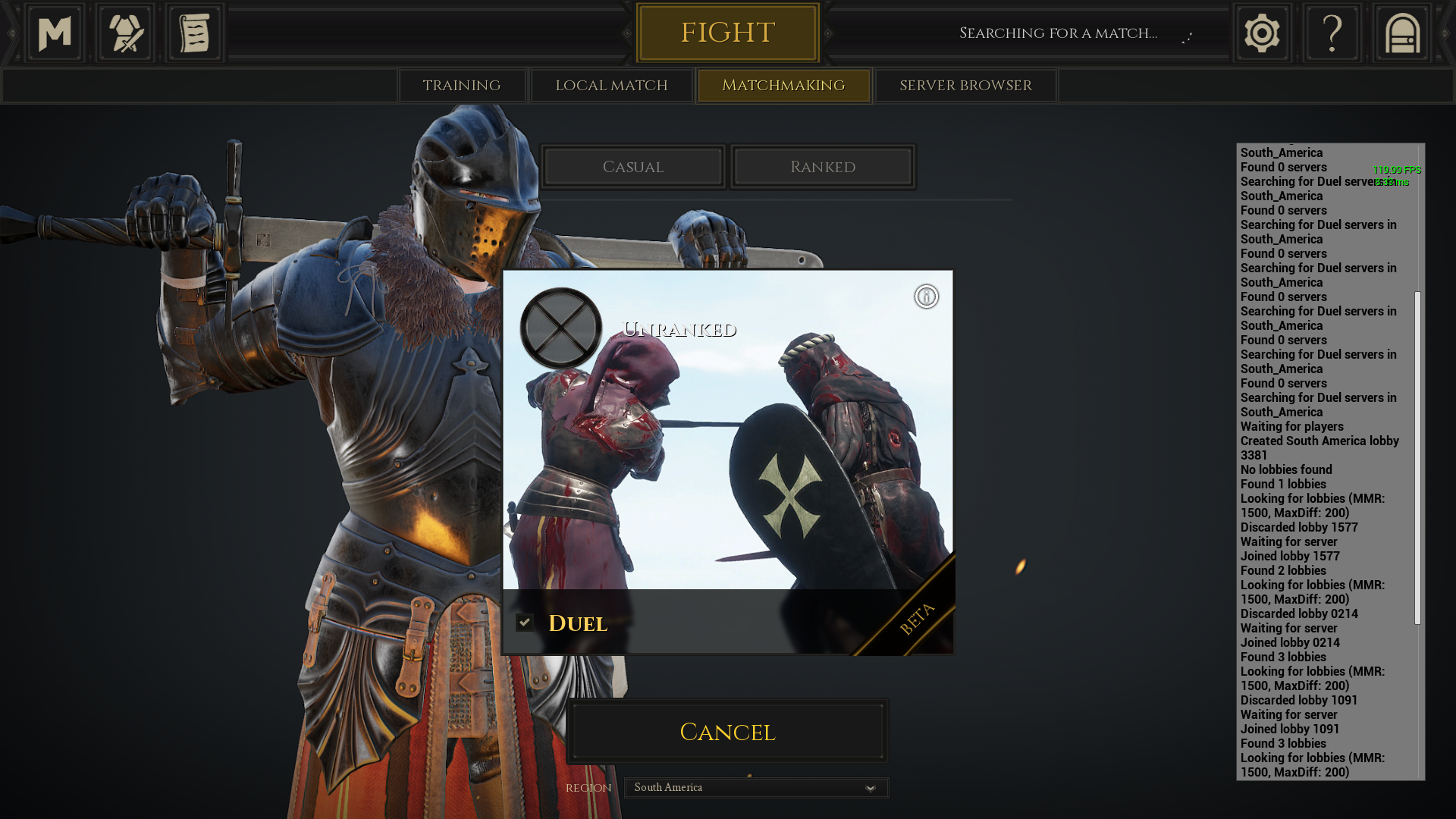 Anyone knows how to change the ammount of rounds you need to win on a skirmish match(7 is way too low for a map like contraband with 3v3 or something like that)?

For reference to change deathmatch score needed to win you need to add this to game.ini :