Same issue with infinite loading after buying goods. After restart the game i can see that item was successfully purchased. Very annoying.

I think, some ppl never shooted from a traditional bows in a moving targets. Also, there is Already too many archers sometimes. Just realise if we made a lasers from a bows. Ofc it's not an options to learn ballistics.. 50 meters it's a bad sighting range for a bow? mmm
Don't forget that in a games, ranges dictated by a game metrics and map designs.

And i saw good archers and they was on top. All you need is just think when you are playing.

First of all, a long bow and crossbow work great on longer distances. Secondly, why should this game (and any other) have to adapt to all other games?

Horses is not OP. Shields is not OP. They need a tweaks? Maybe or definitely...like everything in this game. Horses is not easy to use. I met only 2-3 players 2-3 times whoes played Extremely good on the horses. I can do 20+ kills on the horses in round but only after a 60+ hours of playing this game. You should learn tons of a routes on each map, you should learn timings and directions for all weapons, 3 type of horses, how to turn your horse and where, how to avoid halberds, spears and bla bla, you should learn target priorities and maybe even more. And each mistake usually is killing you instantly.

Archers are pretty good against the horsemans. But you should learn at least half from list above.I'm not sure that in reality it's pretty easy to hit a galloping target from a traditional bow. But good focus from a good position do the job.

Seriously, just standing close to objects giving you a best defense against horses. It's like crying against a battletanks in Battlefield series. Cavalary is a part of Combined arms and ofc it's stronger than an infantry... and very limited.

Ok we standing in the middle of 2019 where players is so fk lost. They whine and insist that the game should adapt to them, and not vice versa. It's a shame.
I remember a time when it was impossible to write to anyone. You got the game, you went through 6 stages of adoption, and then solved the problem - passed the game. Today, after the first difficulties, many of the players immediately run to the forums. They pray to the gods to stop the rain. The worst thing is that the useful feedback is lost under this layer and has been discredited long ago.

@BudSpencer_vs_TheHound said:
But if arrows would actually travel faster then horses do,then i had also no problem with horses either.
>

This horses not even a horses. They stucking everywhere ... in the flagpoles, in a chairs, etc... and then you just dead. You can kill your horse by a wrong chop.

All you need, just a good players with pole weapons or Zwei or Spear to care about the cavalry.

It's not a good idea to nerf the game because of a bad players. They never be a good this way.

@janat08 said:
We're refining our manners, it's the second renaissance. I was merely arguing that a high damage weapon or a low attack time one should have at least proportionate stamina drain, ignoring lack of combo.

If you ask me if a turtle, trembling under his shield, should lose it from two blows of a two-handed hammer, a mace, or a maul.. then I will say yes. Thus, we will get not only a good balance, but also a contribution to the role-playing combat system, when the maulman will go in the first line against the shieldman. But im not shure how many "shots" you can absorb right now.

@Mordhau_moments said:
And how I'm supposed to kick a guy with a nick like "¾¿ÀÁÂÃÄÅRΞΦper₪₪₪"?

It takes longer, but you can votekick by Steam ID if the name is too hard to copy or type - so you can open the player list in the Steam overlay and find their profile first. If they have a vanity URL (so their Steam ID doesn't show in the URL), you also have to put their profile link into a website like steamid.eu to finally get the number needed for a votekick.

After all that, they won't get voted out anyway in my experience. We couldn't get rid of a player who did nothing but attack his own team for 3 games.

Yes, sounds pretty easy for any player. Or you can find him on linkedin and report him. Write to his mom on a facebook...
or 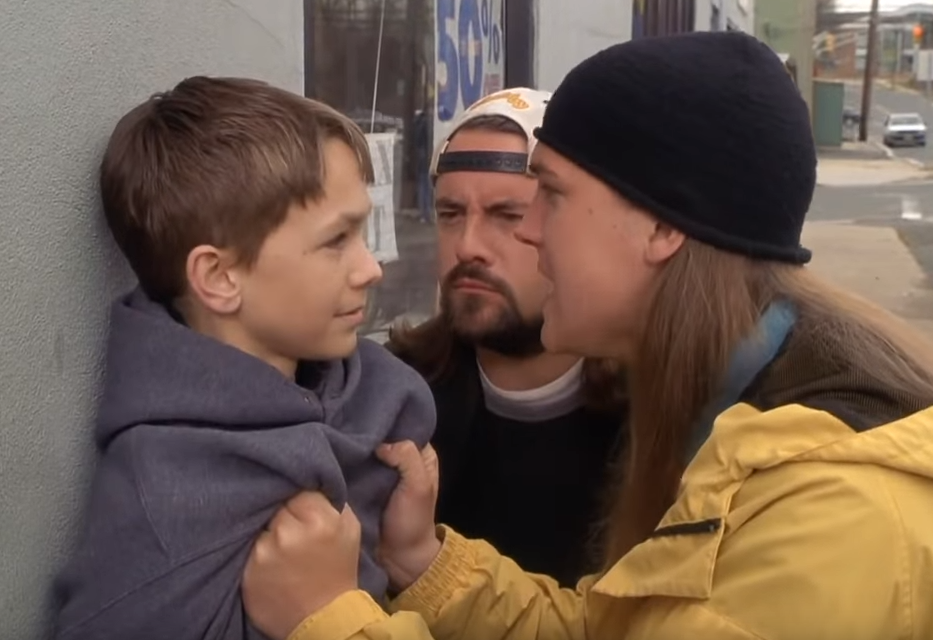 @VampireDuck said:
How exactly would you combat this other than vote kick?

This game is a popular and cheap. It's good but every day i see more and more retards in this game.
Like this guy, for instance. 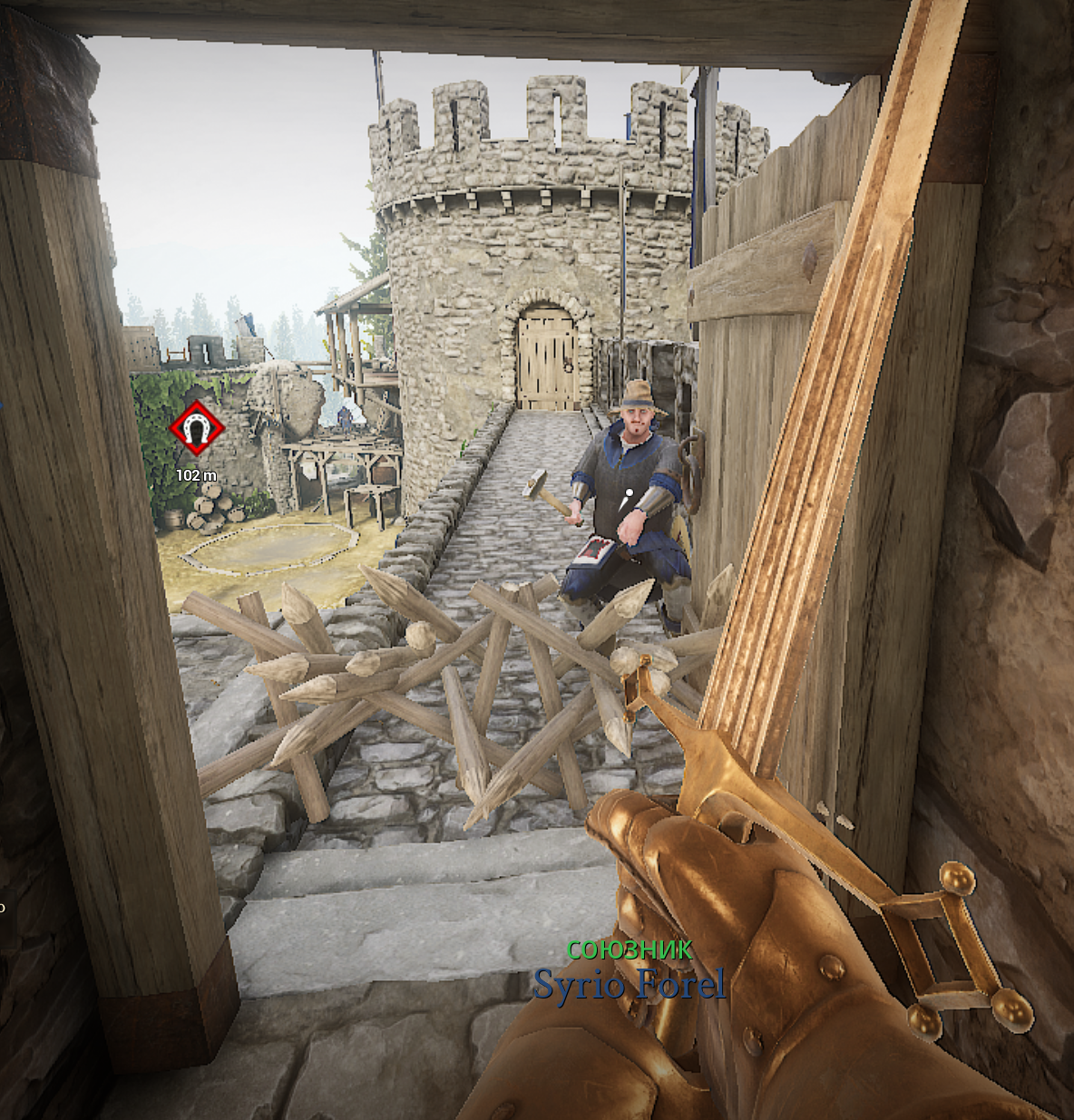 I don't want to play with retards especially when he is a pure griefer.

And don't suggest me a VOTEKICK.. it just doesn't always work.

@Makozer said:
how about not playing these stupid horses?

so bullshit this shit, must be very skillful to ride through respawn of enemys ...

Says a guy who probably never rides a horse because he is bad at it.

Also, to OP, you can jump over things :)

Yes, horse can jump...over the fence.. for instance...
but i was talking about non-obvious collisions. Like you already rotated you horse but she touched something and Brrr.

It's not really effective: putting your serious idea and than ending by talking like a baby.

Yeah, they should be more progressive than Varava, who forget to fill Czech 15 century with a black people.

All we need in this game - Leaping skinny bodies with a Zweihanders. It's not a wrong armor, or weapon... it's much worse visual expirience. But.. if they will looks like Brienne of Tarth ... lets do it.

P.S. You know, we are not talking about the realism of the game. It's about adequacy. Perhaps, from some side, female characters would take root. But spending NOW, or IN GENERAL, human resources, which are not so huge, for IT - is not adequate.

@k0dlak said:
He manipulated his swing in a matter of dragging it slightly away from you during the release phase in order for you to parry too early. It's not a latency issue, he simply outplayed you.

Usually, drags are obvious - awkward footwork. Like this time. And my reaction wasnt for a release. A did it many times and succefully. When i'm missing a drags or accels - i see it and i dont have any questions. So, maybe, sword hitbox was slightly away from his geodata and it's impossible to react. Or, network prediction have peoblem with drags or accels. As i said, it's happen not every time with same timings.

Offtopic. Maybe, there is a conflict in between offense and defense sides. Because of drags and accels - offense become a pretty dynamic, defense is not. Offense is "physicalized", defense is not. This is not surprising, because the first one, so to speak, is a pleasant system mistake. Not a bug, but a feature.

And the main difficulty of this mechanics is that it is not in the tutorial.

@Frise said:
You can see the start of the animation of the buckler going down, meaning your parry window ended before you got hit.

Yes, when the sword was in my body already. HEMA suggest to parry before that)

@ToLazy4Name said:
Looks like you simply parried too early.

So, my next question is - why it is early? 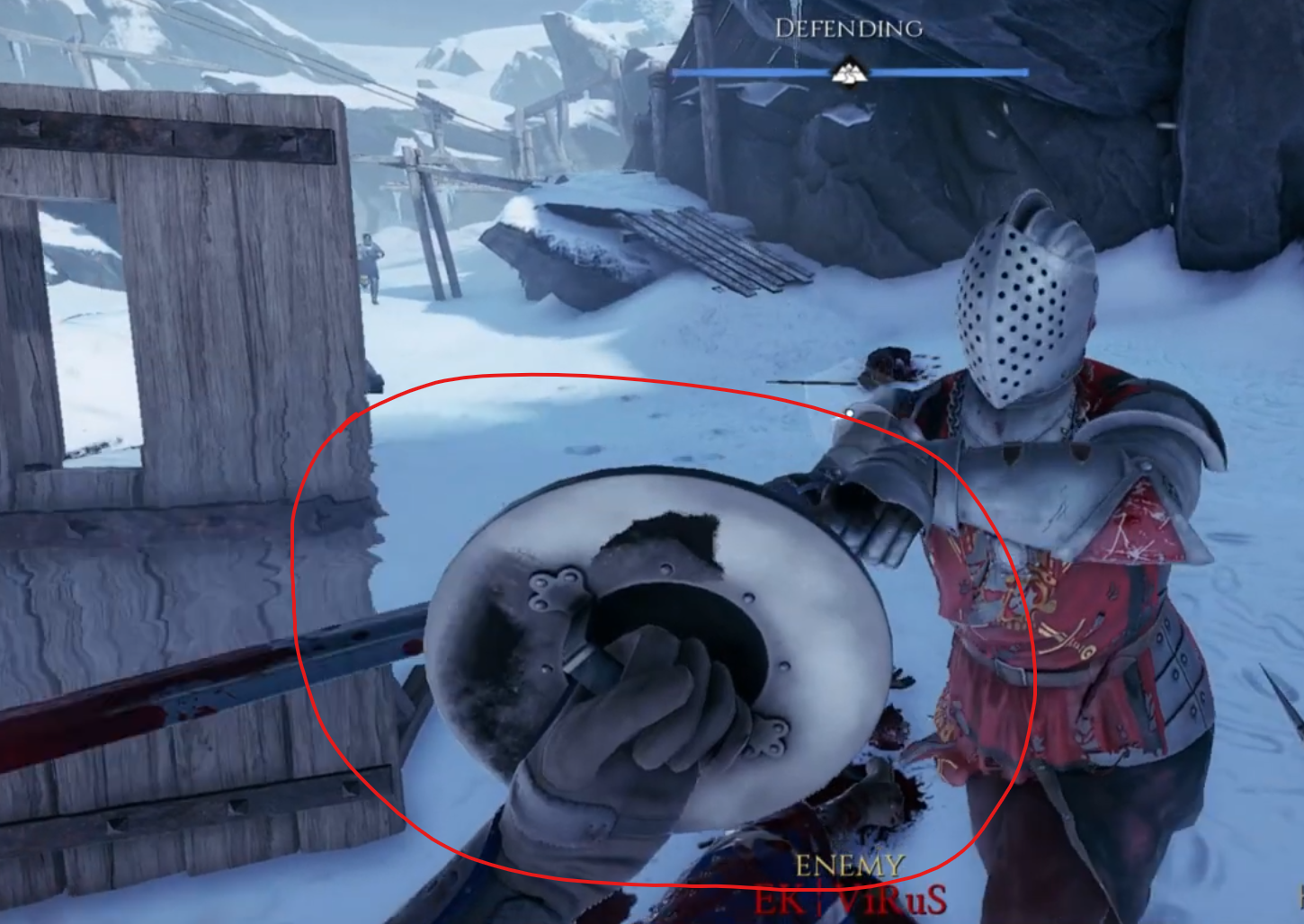 It was just before the sword reach my hitbox. And this timings works with any other weapons. Maybe, a network issue.

Hi. What you think is that? Desync\Ping problem? Wrong timings or directions? I'm using buckler for a long time, and 2H sword sometimes just isnt react for blocking. And it looks doubtful when the timings didn't match the animation.

Here is a decent problem with a horses that stucks in fire camps, stones, etc. even on a very huge angle. Maybe, collision mesh should be less in the front side to adress that, am not sure. I m not asking for RDR2-level horses but to make them a little bit less stupid on handling.

I hope BR will be latest in the priority list.