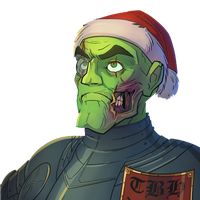 flesh wound op literally get double health should be 16 points

That is just you getting such a big fov that some of the filters cant even reach it, nothing to do with the wall.
Change back the fov to how it was before btw x

@JoBe said:
Do I need to switch on the "testing -" beta program at Steam properties or will the patchie be applied into the regular version?

@Runagate said:
You may as well add rape mechanics at that point

@EruTheTeapot said:
How about a golden dick ?
You guys amaze me tons of threads about how "YoU gOt WhAt U paID 4 ?!*11" and yet there are still more of the same.

To elaborate on what Bodkin said, 101 current fov is equal to 130 old fov on a 16:9 aspect ratio. However it gives a bigger advantage to wider aspect ratios, such as 21:9.

Don't judge the fov by the number. Judge it by how it actually looks.

@spoopbeats said:
Will polearm strikes do less damage at close range, since you'd only be hitting with the pole?

And not even BR yet

Can't wait till we will be able to customize the banner that is behind our name on the panel.

Def needs to be more noticeable but i think it would be fine if you just remove the hold time and make it instant instead.

I feel like people are invulnerable for a period while getting up.

Very much this. Also shouldn't even count friendly hits after "death".

@Magnificent Father said:
its a bug

I've also looked at the footage and come the conclusion that there is a possibility of it not being intended.
Not sure tho

Very cool! This will be in community dev blog #5

Just change it in settings?