I've been getting these annoying stutters for a while now. Ended up replacing my GPU from a GTX970 with a new Radeon 5700XT and upgraded my CPU as well, as I thought it might be older and dying.. My specs are more than enough to hit a constant 144fps, all drivers are up to date, but I'm still getting pretty bad stutters in gameplay, even after Patch #16. Any ideas on what's causing them and how I can fix it?

Looks like the light blond hair colour for Eyebrows.

Teeth is the gold teeth from backing the kickstarted, can't obtain them anymore.

If you're referring to just doing voice commands every time one ends, that's just habit for a lot of people.

If you're talking about voice lines coming out so rapidly they interrupt each other, that is done by people editing something in their .ini files. Could get you banned. 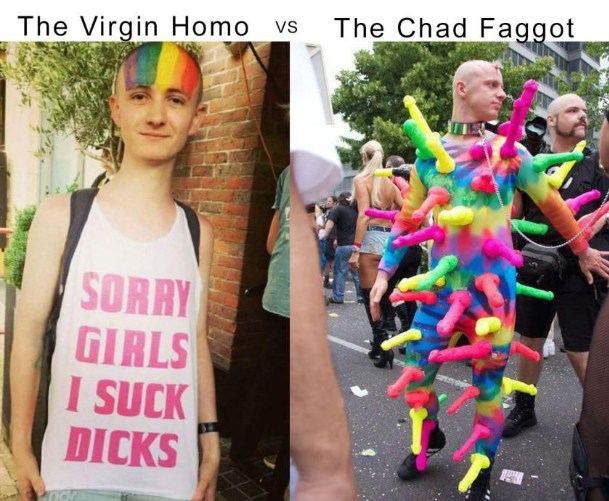 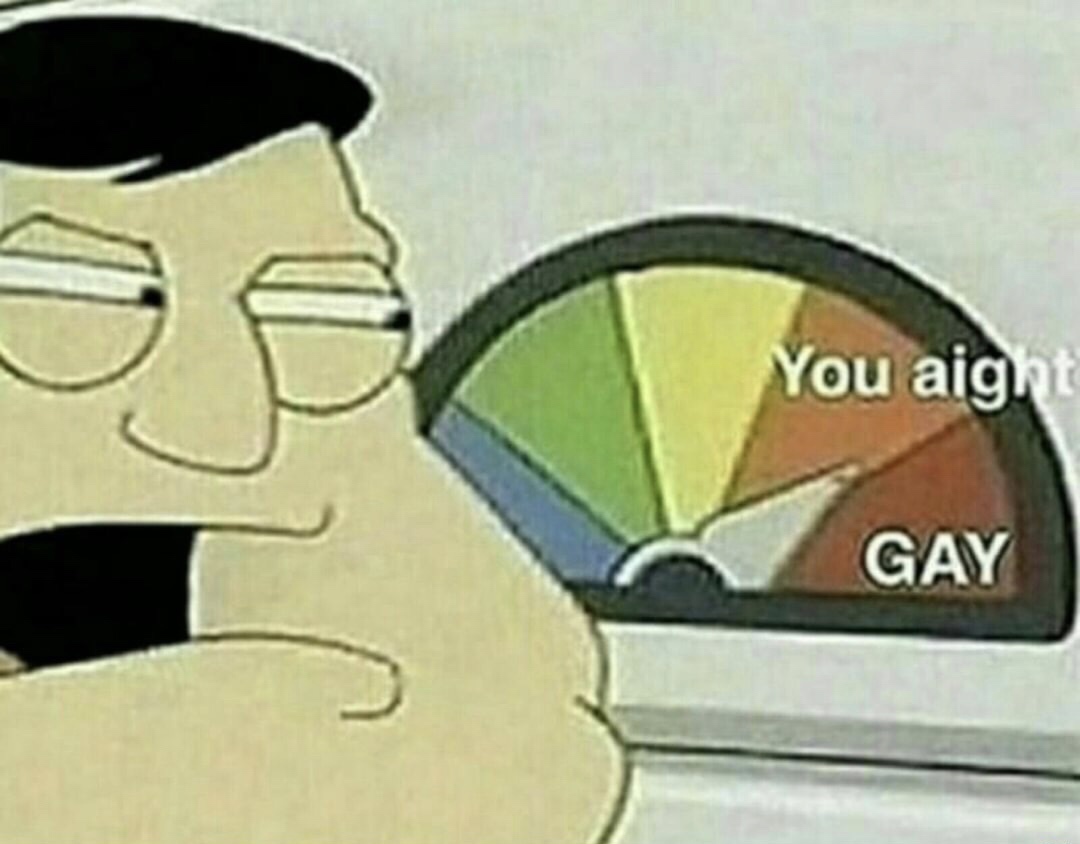 Get me in there

Nah this is on the official servers.

Had a guy blatantly TKing (with the Blue ballista on Grad shooting at middle point spawn) and went to start a votekick after the 2nd or 3rd TK.

Somebody eventually got the vote up and we got him out, but I'm curious as to why I couldn't after the latest patch.

It's not unfair at all. Xp does not equate to skill, it's based on time played. Anyone who plays long enough will get them.

Yup. Same timing for it. Devs described it in the Alpha as "It will always be better to use a shield than just a 1 handed weapon."

Held shields do give you the parry bonus if you time it correctly. That's why I like calling them the training wheels. I agree the stamina on them needs a change. I like the idea of more stamina used for blocking outside the parry window.

I think they're alright too. I probably wouldn't buy them personally, but I don't use those weapons myself. If I saw someone using that skin for one of those, I would feel like they have the experience to use that weapon effectively. I think the expensive skins are more for exclusivity. If you don't think they look good then I guess just don't buy them.

I guess I just can't think of anything that fits the description of longer 1h weapon that drags well. The messer can drag but it's not too range-y. I think the Bastard Sword outranges it slightly, but I could be wrong.

Ah now I see what you mean on point #1. I see too many people complain about 'noob stab spammers' that it was the first thing that came to mind.

From what I've heard of the 'parry shields' is that most people just think they're not worth the weapon slot or the point value. I saw a post a while ago where they did the math and it turns out the Buckler hardly saves you any stamina per block (none at all with the bastard sword, they both have 13 drain negation) If anything, they need a buff. But if all shields work like those then they'll need to be better, so we get into some crazy stamina drain negation with the Kite Shield. I think the best idea is to either
A. Give the held-block shields a stamina drain when held for a time (maybe 2x the time of a standard parry)
or
B. Make them parry shields with significantly increased parry windows
I think A is a better way to go about it, as it stops people from turtle-ing, but still works like the training wheels newer players might need to learn how to defend themselves properly. B seems like it doesn't actually solve the problems with shields and feels like it could lead to some nasty lockout times for the user which I personally hate.

I very much like the look of some of the expensive skins. The cleaver has the Klein's Messer skin and the Barron's Cutter. Same model but the Baron's has some extra flair and detailing for 49k extra. I think the exclusivity of the expensive gear is what gives it most of its appeal. Aside from a TON Plumed Helmets and a couple Warden's Grand Mace/Mace skins I haven't seen a lot of pricey skins, so I think it's nice to have more options.

For the Katzbalger, I was mostly talking about weapons as opposed to skins (I know the game isn't meant to be realistic, just based in realism. The whole reason an Executioner's Sword was blunt at the tip was exactly to show it would never be used in combat.) I just can't think of a way to make a weapon bigger while still keeping it in 1 hand. The Handaxe sort of makes sense to be slow, because it looks heavy as all hell, but all that weight is at the tip of a short weapon. A loooong ass sword where the weight is evenly distributed through the weapon being held in 1 hand just seems like it would be unwieldy and look strange.

Agreed. Once red looses their 2nd point it becomes very difficult for them to come back.

Stab's have plenty of ways around them. Chambers/chamber morphs and footwork can shut down people who only use the scroll wheel.
Light armor is supposed to be worse than heavy armor. It's cheaper. If it was just as good, there wouldn't be a reason to take tier 3.

Not crazy OP, but if they cost an extra point that would be fine.

Nothing unique to the Battle Axe on the animation side of this, and it's +1 point to the War Axe which does more damage. Just takes practice to read.

I mean that's your opinion man. Just don't buy them if you don't like them.

Fireproof is your friend. But I wouldn't mind something to put the fire out.

I think most people agree that Buckler and Targe are pretty useless atm. I see shields as training wheels to learn. Not OP just a different style of play. It takes different ways to beat it.

Could be fun to build new stuff but IDK what they would add. Ammo count is fine (you can only have 6 buildings + ballista anyway)

It's already kinda bad damage to begin with. I like it how is it. MAYBE if huntsman worked with it.... or if it did bonus damage to people using siege equipment like other ballista's or the catapult.

Just remove Crossroads from Frontline. Make a King of the Hill mode.

Throwing knives/axes exist for this for the low low cost of 2 loadout points. If your crossbow idea costs less than that it'll be a hard no. Most 1h weapons can also be thrown for similar results.

I'm pretty sure most if not all the weapons in Mordhau are based on real-life equivalents. Not sure what 1h weapon would be longer than a sword designed to be used in either 1 or 2 hands. Try the Heavy Handaxe though, it drags like a bitch.

Ok so rational wise here's how I see it.

The spike isn't that big, maybe 2" at most. If that goes into your head it'll do WAY more damage than if it goes into your chest or legs. It'll hurt sure, but it won't devastate you immediately.

Balance wise it's just a high risk high reward mode. A fast weapon that can 2 shot t3 armour sounds great, but you have to hit the head with it. Body shots don't work well. The body is the easiest to hit so it's difficult, but rewarding.

"Left click to swing, hold for a heavy attack"

Get this garbage out of my face right now

Combat and animations looked kinda clunky, but that could just be because its early in development.

I'll probably get it, but if Mirage is any indication, Chiv 2 won't hold up long.

Seems like blues forward spawn just gets them demolished. Red can either climb up 2 different ways OR go via ground and the stairs direction favours red. Blue has to either suicide up the ladders or push up the ground and they still have to push past red to get the stairs or make a risky climb. Another map that seems red sided overall in my opinion.

A chamber punishes a feint and protects you if it isn't a feint. Morphs are good vs chambers however, so be ready to feint-to-parry.

Another option is to use shields while you learn to parry later. Being able to hold a block totally negates the feint delay + and kind of drag that might come with it.

A last ditch option if you still fall for a feint is to use footwork or body movement. For example, if your opponent typically swings from his right side and you fall for his feint, you can try to sprint either past him on his left, or straight away from him in a retreat. Or you can try to look straight down and crouch as he swings to duck under his strike. This isn't guaranteed by any means, but it's better than standing there waiting to get hit.