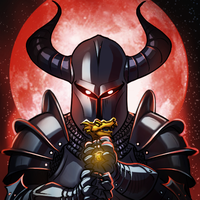 Just thought I'd get my entire thought process on shields and those who complain about the rework out fully without it being drowned out by the constant, as you say, back and forth nonsense they constantly repeat. If you read the last part, no the shield rework isn't "totally awesome", it's a complete blindside by the devs and patches like these need further testing before implemented.

How ironic is it that most of these people complaining about the shield rework are just spouting out nonsense and being toxic whilst calling the so called elite players toxic themselves for wanting balance in a game they obviously know more about than some below 300 hour player who couldn't be bothered to try and get better at a skill based game and went for a crutch instead. Yeah Mordhau is difficult, the game is meant to be played with quick reactions and timing, not holding your block for however long you want when you see the slightest of movements. Shield users are a minority, always have been, even in Chivalry. Just because they were a minority doesn't mean it was meant to be left unbalanced. Because then you'd get the rare case of a high level shield user who has learnt how to max their shield playstyle to avoid kicks with adequate footwork and use morphs, feints, ripostes and swing manipulation. God forbid if an actual skilled player uses a shield, but that's even more rare as most good players don't want to resort to brain dead boring gameplay and worsen their skill by relying on held block as well as being seen as a crutch using noob. I'd say most people know this and that's why you see most people without a shield, even before the rework, because they see it's so obviously a crutch and want to actually become better at the game, if not enjoy it for it's rewarding time based combat, the way it was intended to be played. Who cares about historically accurate fighting? Mordhau isn't suppose to be a completely historically accurate Medieval fighting simulation, just because something works well in real life doesn't mean it works well in-game. shields aren't fun to use, nor are they fun to fight, its just you bashing them constantly and trying to land a kick so their stamina drains, very dull gameplay, for both sides. Besides, shields are even more broken now in 1v1's than they ever have been. 2 stam drain no matter what weapon your'e using? and all you have to do is hold R, back peddle and riposte. But yes not many people have worked this out yet because it's not as intuitive as just holding RMB.

Yeah good on you man for trying to get better. I’d recommend training in a duelyard server if you’re not already. Good for if you practice against players who are better than you and you’ll eventually learn better footwork and the range of certain weapons, timings etc. I wouldn’t recommend using the billhook, use something like the greatsword or zwhei for learning

I get it, Mordhau is a difficult game and can take many hundreds if not thousands of hours to get good at, and now that your crutch has been taken away you're forced to either learn how to play the way the devs intended or give up. Maybe Mordhau isn't the game for you anymore?

They were never removed?

With good sense and a bit of luck, never. But we'll see if they'll crack under pressure from you noobs

"I agree that it coudl be annoying because it coutnered feints and drags but it was refreshing to have other playstyles."

Having a mechanic such as held block isn't a "refreshing playstyle", it's something that people who couldn't be bothered learning and getting good at the game used to get ahead and cheese the game. Held block should've never been in the game the way it was, but unfortunately the devs didn't know how to balance it until now.

"What else is this game now than "ballerina dancing"?"

Well if you're referring to Reversals/backswings like the ones in chivalry, they've never been a thing in mordhau except for a few occasions it seems people have been able to pull them off in some contorted way, yet still seems nonviable. Seeing as the tracer of the weapon that starts during windup behind your back doesn't cause any damage until it's entered release in front of you, as well as the glancing blow mechanic. Now I do see some new players mistaking target switching in 1vx as "ballerina dancing", but that's simply not the case. Without held block being as effective as it was before, the game is much more centered around you having to learn the animations of each individual weapon and timing when to parry at the right moment, instead of just holding block whenever you see the slightest of movements and getting no punishment for it.

"Shields could easily be countered by kicks, fast moevement around the shiled user or trying to drain his stamina."

Like i said before, coming across someone who's used a shield for a long time isn't countered by kicks, they always back peddle away from the kick or unblock before the kick would land, thus rendering them useless against an experienced shield player. As for getting around their parry with fast movement, unless they have the reaction time of a sloth, you're going to have a hard time doing that. And trying to drain their stamina? mindlessly bashing a shield to eventually drain their stamina is very boring and doesn't create fun gameplay for either side.

"Now - as I said - we only have ballerina dancing. Something that killed Chivalry back in the day btw."

The only thing that's killing Mordhau is the lack of content, competitive game mode(s) and balance to entice players to get good at the game in the first place, other than loving the melee slasher genre itself.

It's a skill-based game, git gud mentality is a no brainer. And with held block it was a hard counter to the game as a whole, you werent susceptible to swing manipulation or feints, thus not needing to learn how to read animations and timing. And as for kicks, idk if youve seen a high level shield user but they always back peddle away from kicks or unblock before the kick would land. Even comp players seem to struggle against high level shield players, it was just cancer to vs.

They did a great job with the shield rework. No longer can they hard counter the game by not being able to get feinted, dragged or acceled. People who mained shield will now have to learn how to play the game it was meant to be played, with timing and skill

They need to make a poll for the community to vote for what they'd rather, Frontline or Invasion. Once invasion has been worked on more and on all maps including yet to be released ones

Yeah the building is ridiculous, I'd rather just remove engineer completely please

1080ti here and I get the same problem

Okay so I can play Mordhau using an alt account, same pc, same internet and everything

I'm having the exact same issue too

Are you still having this issue?

Have you been able to find a work around for this problem yet or still can't stay in servers? I'm having the same issue

Yeah I agree, the devs need to acknowledge this and at least let us know if they're working on a fix. I'm a kickstarter backer and I've spent over $300 AUD on this game and over 700 hours in-game playtime. This is ridiculous