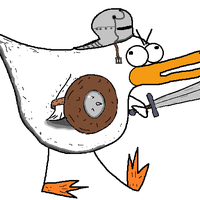 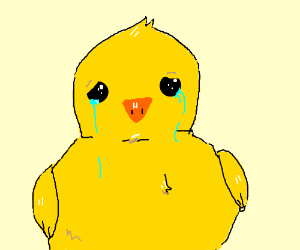 Make sure all your drivers are up to date and check your OS for updates aswell.
Thats the best i can do to help you. You could head over to the Discord and ask for help in the tech_support channel. Those guys are better at this than i am.

Try using these 2 commands in the console. (Default value is 0)
r.Streaming.AmortizeCPUToGPUCopy 1
r.Streaming.MaxNumTexturesToStreamPerFrame 1

If it works with relieving some of the stutters and fps drops, you can put them in your Engine.ini file located at
C:\Users\UserName\AppData\Local\Mordhau\Saved\Config\WindowsClient.

Add these lines at the bottom of the file:

(notice that the command in game doesnt use the '=' sign while the lines used in the engine.ini does)

For further fps boosts you can add these 2 lines aswell:
r.fog=0
r.ShadowQuality=0

Hold R for a second to enter held mode. RMB is for timed parry.

So here we see a prime example of someone who hasnt done any research of the game before buying it.
No its not by any means a realistic depiction of medieval combat. If you want that, i can recommend Kingdom come: Deliverance.

1 Handers are faster than 2 handers. Check their stat page. But you need to accelerate your attack if you want to beat your opponent in speed. The game is skill based and stats alone wont let you win.
1 Handers also cost alot less, thats why they are allowed to be weaker. And some of them can still 1 hit.

Swing time is as fast as it can get when taking ping into consideration. We've had faster attacks before, but that quickly turned into an unplayable mess thanks to ping. Watch some better players and see how quickly their attacks actually are.

2 handers are preferred because of their range. In a game where footwork is as important as it is in mordhau, of course you need a longer weapon to be usefull. (GENERALLY)
Most 1 handers are secondary weapons used when you drop your primary. The rest is perfectly capable of standing up against a 2 hander when paired with a parry shield.

Shields arent useless either. They are however not as broken as they were previously. Shields are still a good tool to use, tho they are more situational than primary 2 handers.

I agree, Ranged is boring to play. Waaay too easy to score kills.

It hasnt been "fixed" because people and the developers dont share your opinions.

Modifying the indicator above the heads would be a clientsided mod if you want to use it on any server. Client sided mods are currently disabled to prevent certain cheats.

The other way to modify indicators is to make it server sided. Then you have to make a new map basically and in that map change the values of the indicator.
And then you need a server to actually run that map.

So unless you are extremely desperate, its not worth the trouble.

Well... Yes? Im not sure what you are arguing for. Did you want the devs to make a seperate 'Balance'-section just for the 3pp patch note? Seems like something very unnecessary to actually care about.

Because its not directly combat related like a "50ms release time" would be. Still part of balance.

Reworking/fixing maps takes alot of time since you have to rebuild lighting/cook the maps again in the editor (can take a few days).
Thats why they wait so long with the hotfix. They want to gather as many bug reports as possible before fixing.

The other stuff the .3 patch added just happened to be finished at the time, so they added it instead of waiting to put it in patch #18.
Firebombs and 3pp is considered game balance and is not done by the same devs that works on maps and bug fixes.

That might be due to the new hyper armor lockout. When you hit an opponent while he is riposting, you cant parry for 300ms. It will let you feint/cancel your combo but not parry immediately. This is to prevent mindless attacks into the guy who is riposting.

Since you cant feint ripostes at all (would break current game balance) It goes directly to parry when you press RMB. It doesnt matter that you have manual ftp otherwise.

Since we've got verification that the profile you linked belongs to the guy in the clip, he's been banned.

@Duckalot said:
First of all, cheat reports needs to be done in private with a moderator.

Second, it is a cheater, definitely, but you didnt provide enough evidence of who the guy really was. For all we know, it could be another guy with the same name. We need to be 100% sure we are banning the right person since there is money involved in a game ban.

When spotting a cheater, record him, and in the same clip, open the console and type playerlist. Then you'll see his real SteamID and we'll know with certainty that we are banning the right guy.

On the forums or somewhere else? I'm pretty sure I encountered an auto parry hacker the other day but was unsure of what to do. Also seems like it would be hard to show proof if they're not super blatant about it.

Doesnt matter where. Forum and discord both works. But we got more active mods in the discord and you'll get a faster response there.

First of all, cheat reports needs to be done in private with a moderator.

Second, it is a cheater, definitely, but you didnt provide enough evidence of who the guy really was. For all we know, it could be another guy with the same name. We need to be 100% sure we are banning the right person since there is money involved in a game ban.

When spotting a cheater, record him, and in the same clip, open the console and type playerlist. Then you'll see his real SteamID and we'll know with certainty that we are banning the right guy.

Yes, you were caught cheating and banned accordingly. Ban appeals are not allowed publicly so i'll be closing the thread.

Please link all of their steam profile in a DM to me and i'll deal with them.

Reports needs to be done in private.

Edit: the speed hack video was valid, but that is an old video. The hacker got banned long ago.
The animation canceller is pretty weird. I'll ask the others.
And the the last guy with shield and mace is using the game's mechanics, not a cheater. Thats how shields work.

Send your steamID64 or steam profile so i can check.

Make sure you have unbinded "Strike". If you have both Strike and right/left strike bound, it can get wonky and sometimes pick either the 240 direction or the bind.

They arent made by the same devs so we can have both.