So Im not saying get rid of the 1st person death camera but it would be nice to be able to switch to a 3rd person one in the options.

Im not sure why everyone is so hot and heavy over having the 1st person cam, but I actually really miss the 3rd person one. With the 1st you usually never get to see ppls reaction to you being killed and that’s the part I miss the most, and I thought it added to the fun in Chiv. When you’d get killed in Chiv a guy would laugh and thrust his camera up and down and it would be hilarious, but we’ll never get to experience that in Mordhau.

Also with the 1st person death cam, when you die you end up having to sit there with your camera in weird position not really seeing anything and wait for a generous amount of time before you can start moving your cam again.

240 system is now back to being inconsistent for me :(

I feel like every single First Person game should have this.

So pretty simple request. When flourishing 2handed weapons can we have it to were the flourish is done with both hands like back in Slasher! I always really liked the way it looked in Slasher, but in Mordhau with every 2hander weapon being flourished with just one hand just looks and feels weird. Thanks.

PS. Not sure if this is what the community wanted or the Devs wanted, but can we prevent the spamming of Flourish like back in the beginning of the Alpha. So we no longer have human helicopters in Sie Medieval Times (it's time to stop) or at least time to stop it when the game releases.

Slow windups and fast releases, I don't know. It just seems like at the moment it's a twitch fest, the person with the best reflexes wins.

This was something I cut off from my post and I should really talk about. I feel the way it works right now doesn't take reflexes but straight up gambling. My biggest issue with how the system works is that I never see the weapon release and it just intsa hits me, giving you no time for reflexes to even play a part. When reading a windup I basically have no idea when the weapon is going to release, which just turns it into a gamble. You never get the concrete evidence that the opponent is going to swing at you, which in turn as been making feints incredibly hard to read. With longer windups you basically get double the time to feint! The opponent windsup, I wait for the release stage so I wont fall for a feint, but then I get insta hit. (Well looks like I cant wait around to parry). Opponent windsup, I then get scared because I have no idea when the attack will come, so I parry and get feinted....wonderful.

From my experience the system right now doesn't reword reflexes or the ability to read animation quickly but being to guess correctly.

Heres a little example I thought of the other day that I think fits pretty well. Mordau right now is a game of rock, papers, scissors, except with like 5 more objects added to it. Where the problem is is that it plays just like rock, papers, scissors, when your opponent throws out rock you better have chosen paper at the same time. What it should be is when your opponent uses rock you get like half a second to use paper.

And I really feel like the longer windups and faster releases are whats causing the problem. Plus long windups feel like shit, press left-click and just sit there for 2 millennia for my attack to finally com a'swingin.

@DoubleK said:
For me it's sometimes even worse, the game can randomly freeze for 2-3 seconds then run normally again. Not sure if this has something to do with alt-tabbing, but I definitely did not notice that in the first build.

I have also been getting this problem. With all the maps as well.

TL&DR - Longer windups with faster releases make it too difficult to read attacks, forcing you to read souly off of windups. I would prefer the speeds to be more in-line with Chiv (yeah that shouldn't trigger anybody) or just tweaking it to were windups are faster with slower releases.

So with the mountain of complaints and issues with Chivalry, never once throughout my years have I ever heard that the windups were too fast and releases too slow. So why in the hell did Triternion decide to make this a thing. I for for one have no fucking clue, except for just one and it's a total out of my ass guess. So back in Havoc's thread about Slasher being better than Mordhau, Stouty had chimed in about how Slasher became stale due to it becoming a chamber fest. So that's when it clicked, they made releases faster so that chambers became harder to perform and added longer windups to level it all out. From what I can tell this seems like the only reason for making this decision. And I feel that this isn't a good enough of a reason to make a change like this, because in Mordhau there's morphs and they sure as shit counter chambers and if you get stuck in a chamber stalemate then there's motherfucking chamber morphs. So if a Dev would like to enlighten or if someone already knows why, I'll gladly listen. Even though I fucking hate it.

And I'll tell you why I fucking hate it. So way back in Chiv times, despite of all its bullshit, there were only two things that I hated the most and that was its shitty 10 fps animations and getting hit while opponents were in windup (more than likely due to its 10 fps anims and having to play with 80 ping). So naturally with seeing Mordhau I assumed that not being able to see incoming attacks was gonna be a thing of the past, but to my very very grave disappointment (coupled with some unholy rage) its just the same shit again. Watching my opponent windup, closely looking for a feint, or a non riposte, but then BAM I'm fucking hit and the blade never swung towards me, and it wasn't an accel. I believe that the current Windup Release speeds are whats causing the problem. And lag could also play a part, but I always stay with around 60 ping. And I am aware the Triternion is working on the windup anims to make them more readable, but windup anims don't really affect faster than light releases. And that's excatly what they are faster than light, I've watched recorded clips I have and I had to stop and play the clip frame by frame to even see the blade being swung.

I could literally go fucking on and on about this crap, so I'm just going end it with this. What I would like to see is the speeds reworked for an alpha build and have that build last for like a week or so, so the community can test it out and give feedback to whether which way is better. Tis an Alpha after all.

@marox said:
We compensate FOV by moving the arms back to prevent clipping. During attacks where accurate position of the weapon is needed, there are animation tricks in place to move the torso back and correct using some other bones, that's why the attack animations differ on higher FOVs/cameradistance. We won't have arms clipping in the game as a result of FOV changes, but I could apply the animation tricks during non-attack motions and see how that looks, it should essentially move the hands further out, and that's it, but I think that's what you're asking for anyway.

Yes, please do this!

@marox said:
Keep em coming. There's something weird going on with those attacks for sure, especially the overheads that go clean through without there being much mouse movement even involved (which is the usual culprit if this is related to networking).

Here are some of my "phantom attacks" and yep you guessed it, every single one is an over head! My ping in every video is at 60.

So the first one is hard to tell if is actually a miss or not, but I figure you guys will want to see it anyways.

Tell you what, i'll have your stream playing in my background while I play. Maybe see you ingame!

I like this. It kinda reminds me of the Dark Crystal characters "The Skeksis" - but stronger! 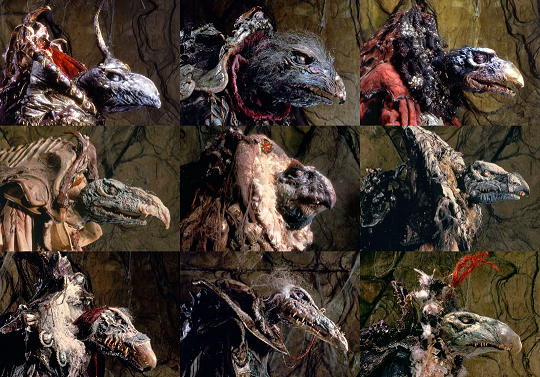 I swear to god @Huggles 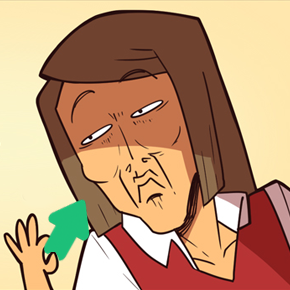 I feel like the 240 angle system isn't totally accurate to the single degree, meaning that when you do a slash attack at lets say 48 degrees the system will just round it off at 45. Even with this restriction you get 8 attack angles, not including thrusts. Which is probably the same amount of attacks that can be bound, making it an even playing field, while giving a choice of play style. Even if the system is totally accurate it doesn't make any harder to see what attack is being made, if a player goes for upper right attack at 135 degrees, but inputs 142 its still an upper right attack. The only thing that I can see the system fucking up if it is totally accurate is chambering. Having to match the angle to the exact degree, but that would be fucking stupid so you probably only have to match the angle within 15 degrees or something.

So yeah, don't really see a problem with the system being fully accurate, but if it did round off attacks it would be on the same playing field as ppl who bound their attacks.