We've been busy! Work is progressing towards our Alpha milestone, which means getting critical bugs sorted out, putting UI in place, and deciding which content will make the initial cut. Along with this, we're also taking care of some optimization to make sure we get rid of any nasty framerate spikes during gameplay and that we're able to hit stable framerates in battles of various sizes. Being a melee game with a reliance on timing, the input has to be really tight, and there's not much room for framerate dips. Being a graphically intensive game on top of this can make things quite challenging.

We leverage level of detail (LOD) functionality heavily to this end. The simplest of its kind is a reduction in polygons as characters move further away from the screen, like in the example below. 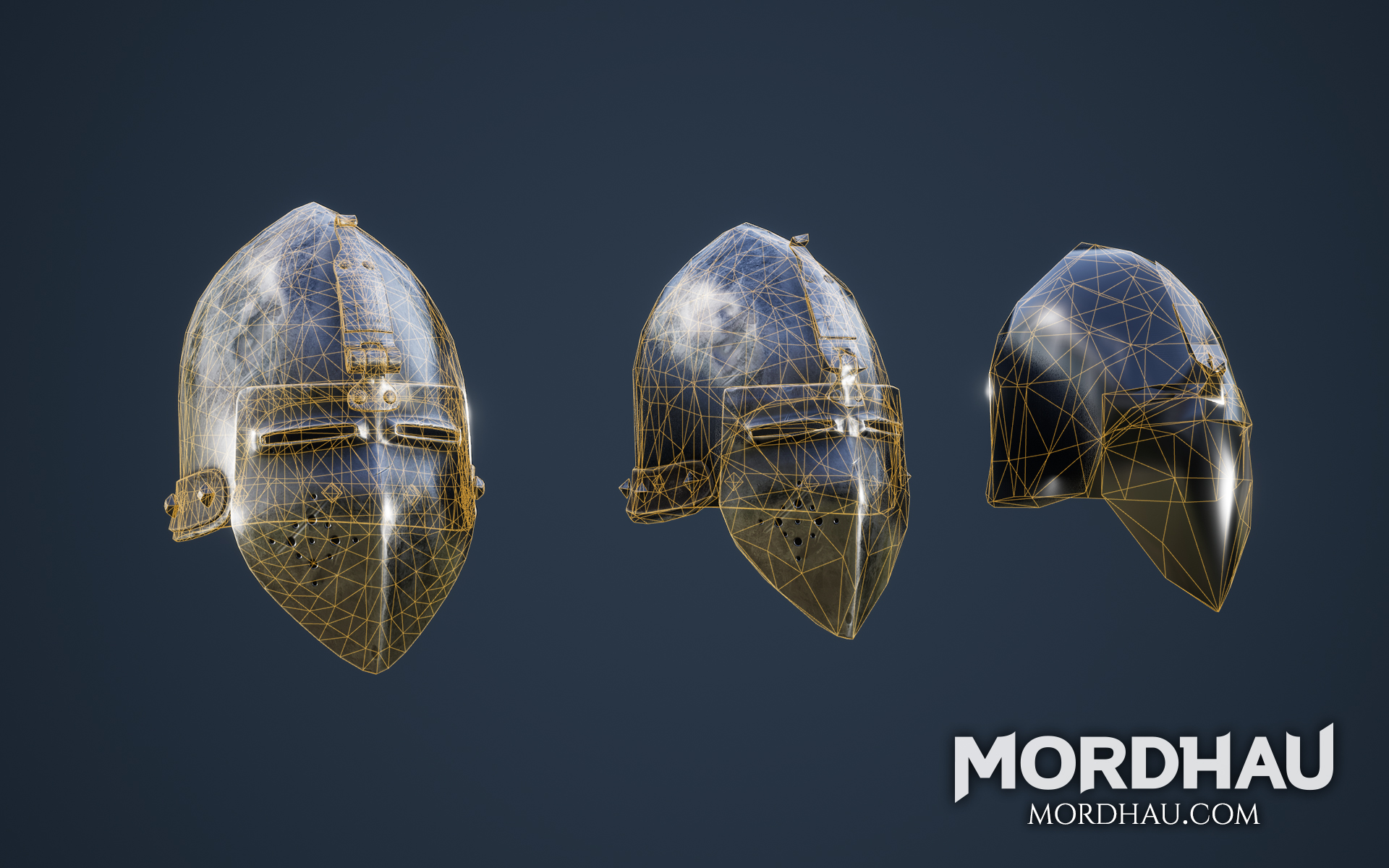 This reduces some load on the GPU, but doesn't do much when the CPU is struggling, so we have to resort to many other tricks. For example, a big culprit are our characters because they are comprised of many different parts, each part requiring their own texture. If you add up all the gloves, arms, shoulders, chests, helmets, coifs, skirts, legs and boots that a character can wear at any time, you end up with a staggering number of parts. These make each character truly unique, but are also quite expensive for the CPU when it has to tell the GPU to draw them. To alleviate this, when characters are far away and when this sleight of hand is not noticeable, we switch to a different construction that is very efficient for the CPU to pass around, and it looks a bit like this: 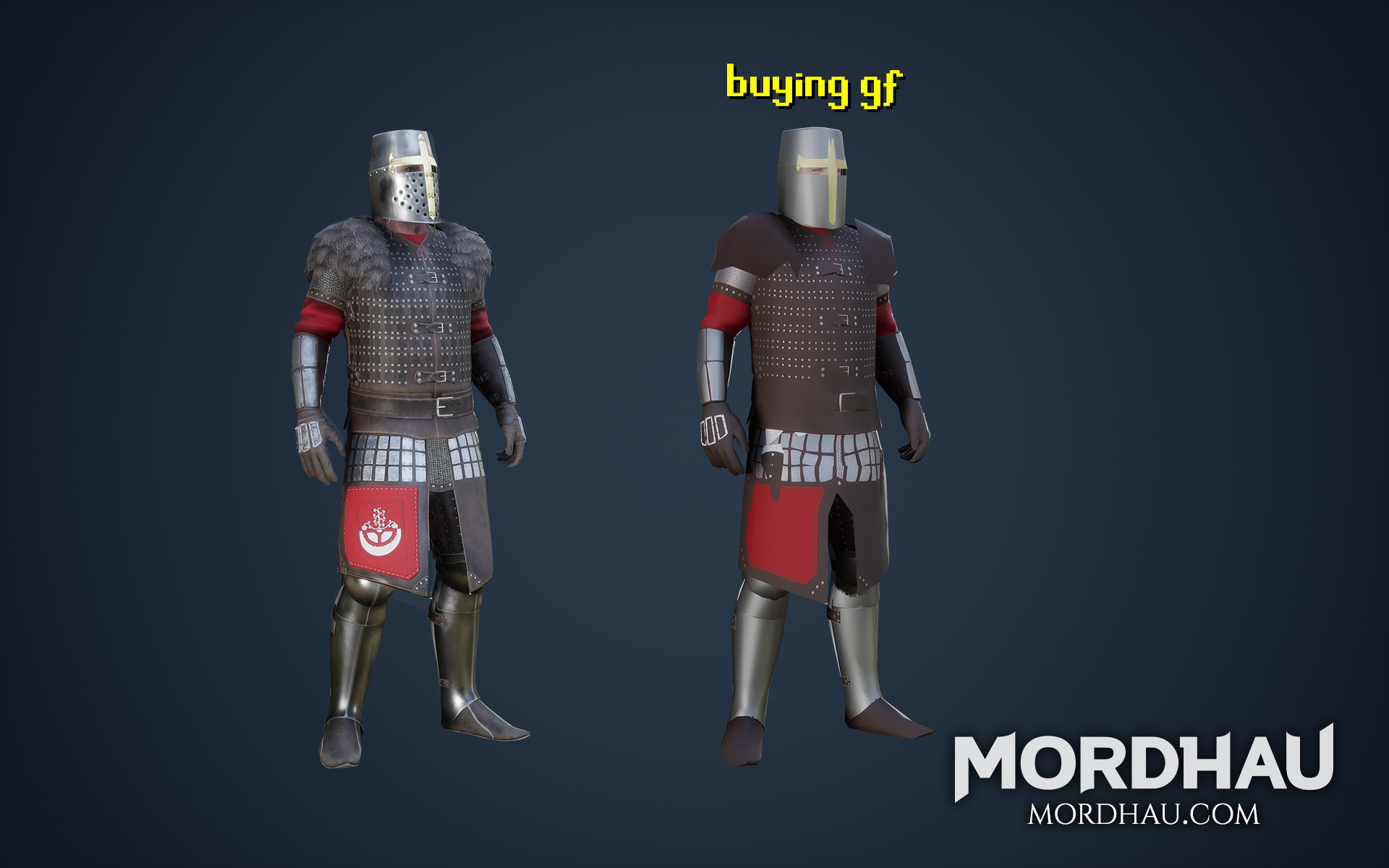 We're also adding other optimizations on the CPU side of things, and letting players really lower the CPU load. One drastic measure we're taking is that we allow CPU code to run at a lower FPS for content that is further away from the player. This is typically done in games for animation, which ranks among the most expensive, but we generalize this approach and use it across the board. When this setting is cranked to extreme levels, it can have the effect of watching something in the distance in stop motion, but it can help lower-end rigs run the game at a reasonable framerate, and it does wonders for when you have lots of characters on the screen fighting.

However, work continues on other aspects of the game, too. More and more wearable items are being added to the game, check out the character below and see if you can spot some never-before seen gear! 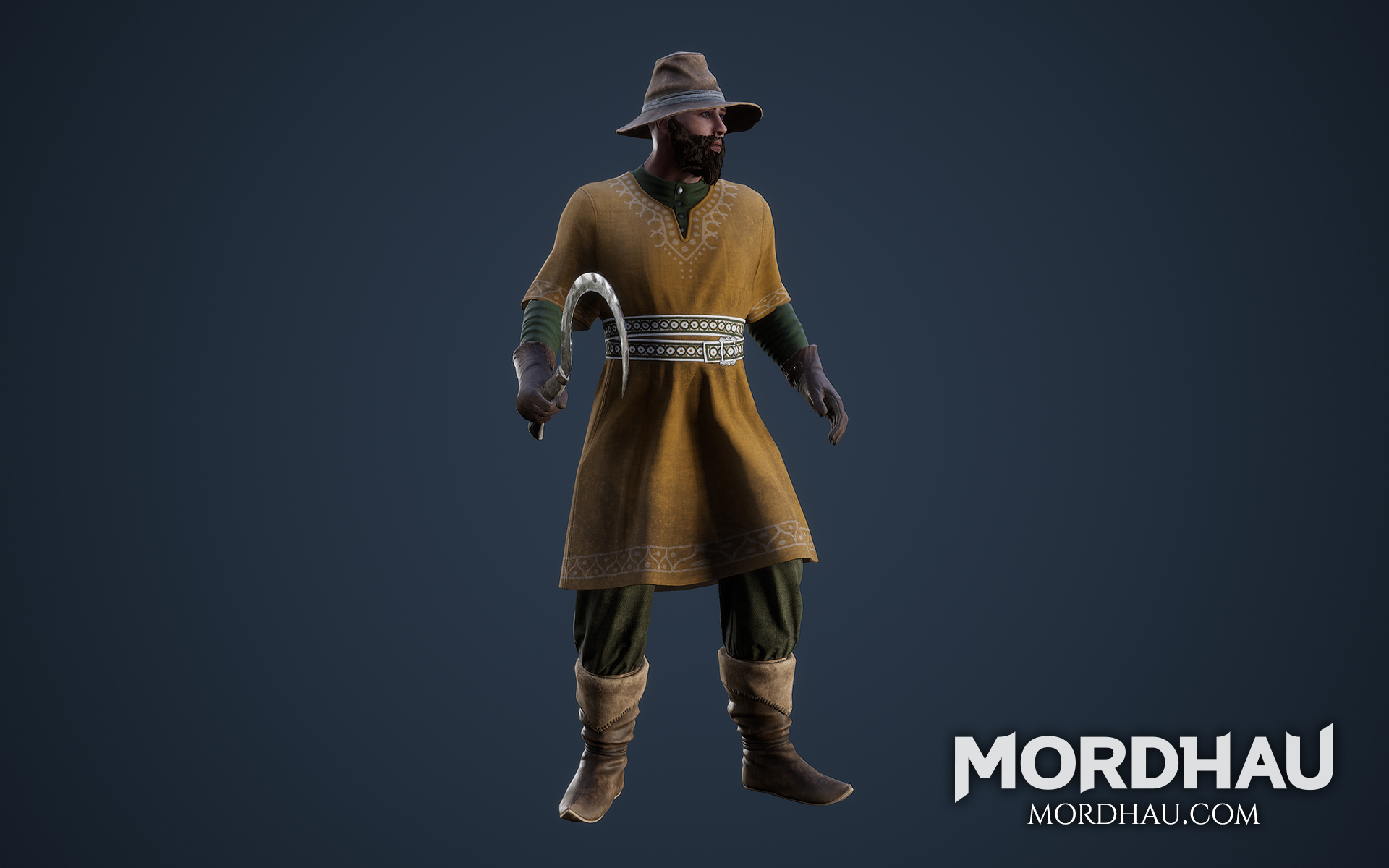 And last, but not least, more map environments. We're trying to make some new, pleasant environments for you to murder each other in. Here's a shot of some more recent work, it's one of the larger maps containing among other things, a fort and a mine. Take a look! 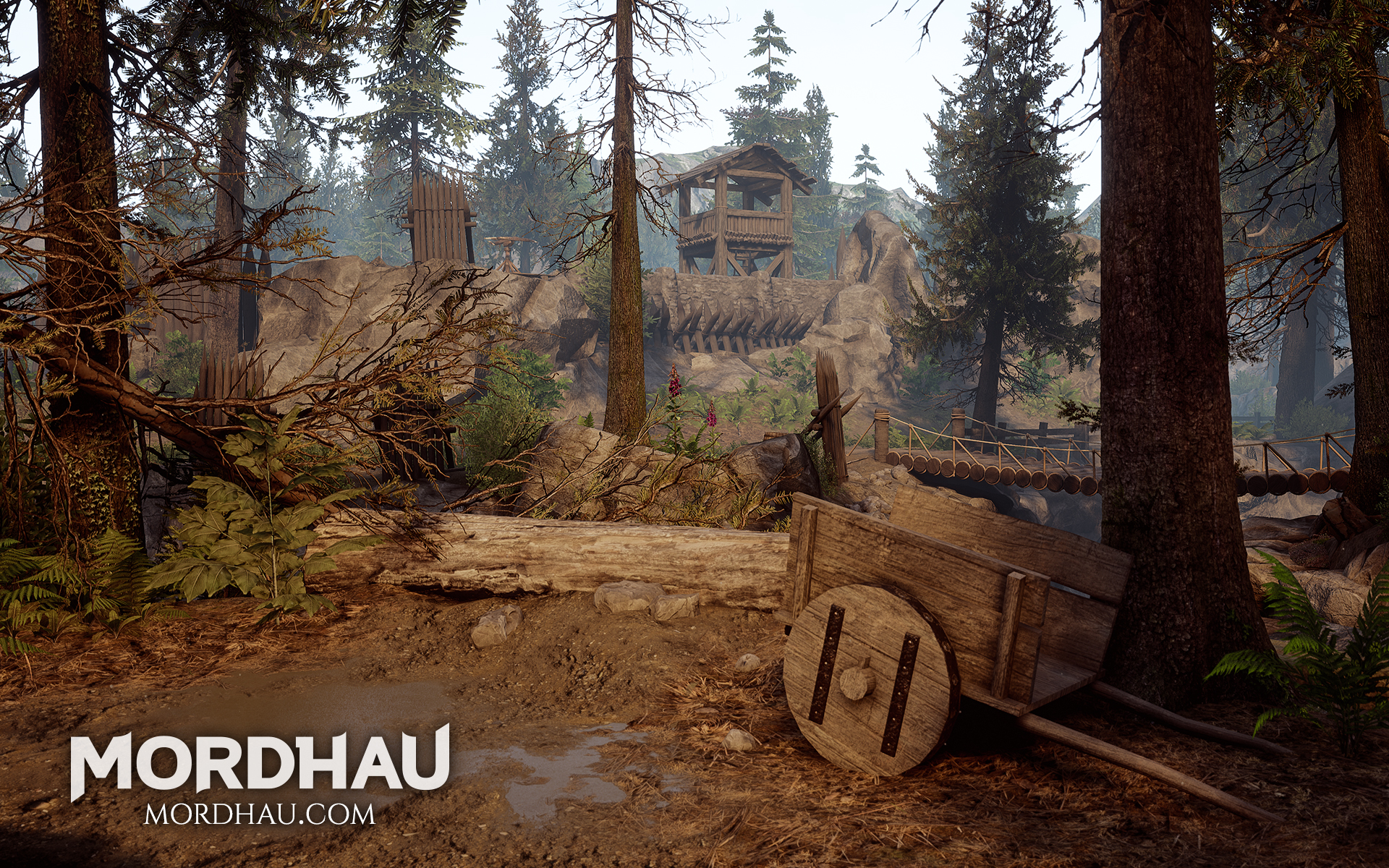 Beautiful work as ever. my goddamn meme got stolen by the devs 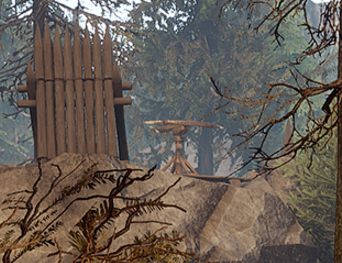 Selling mithril chainmail 20k for 3 or trade for gf. 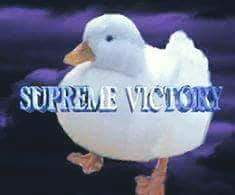 Thank you for this update!

Is there anyway you could shed some light on objectives in the large game mode? I'm aware there won't environment destruction, but I was wondering if there will be objectives akin to those in chivalry? In your latest video (watched the whole thing) you stated that the large map mode will be sort of similar to conquest in Battlefield, does this mean purely capture by standing in the area (like battlefield), or will there be actually specific objectives you must do to capture a spawn?

Free armor trimming for everyone.

That forest map is damn near perfect. And my god it has a mine on it too. 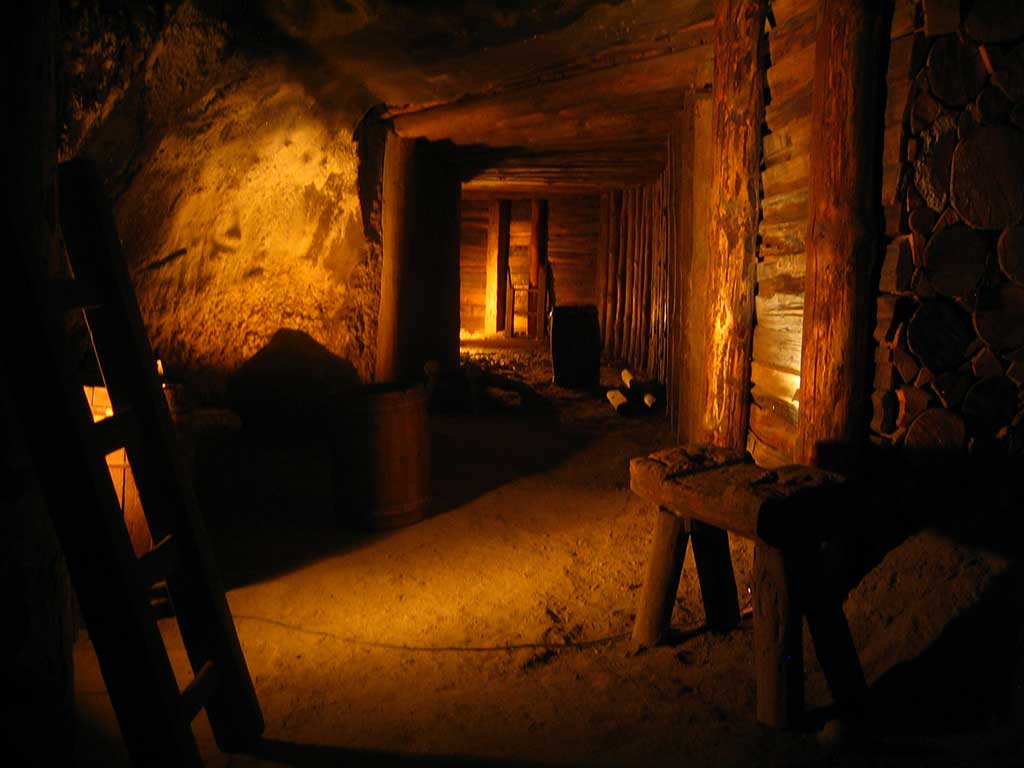 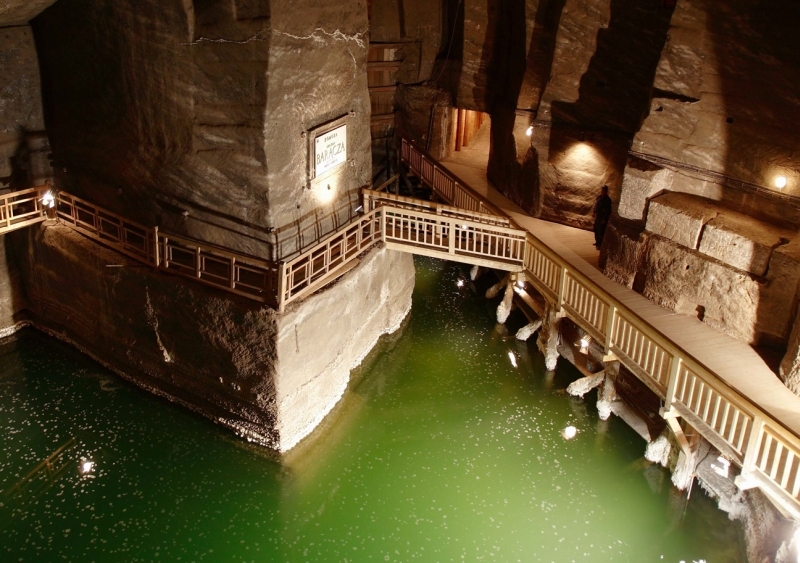 Yay an update! :) The optimization approach you guys took is very good at this stage in the game, you guys will always have more time to improve upon it and I think it is definitely the most important part of a game like this.

alpha date coming in soon, hope you will make it on time :P

Take your time as needed. The beta doesn't have to get out on time.

Take your time as needed. The beta doesn't have to get out on time.

It would still be better if alpha came first imho

Do you guys have any more pictures of soldiers fighting? 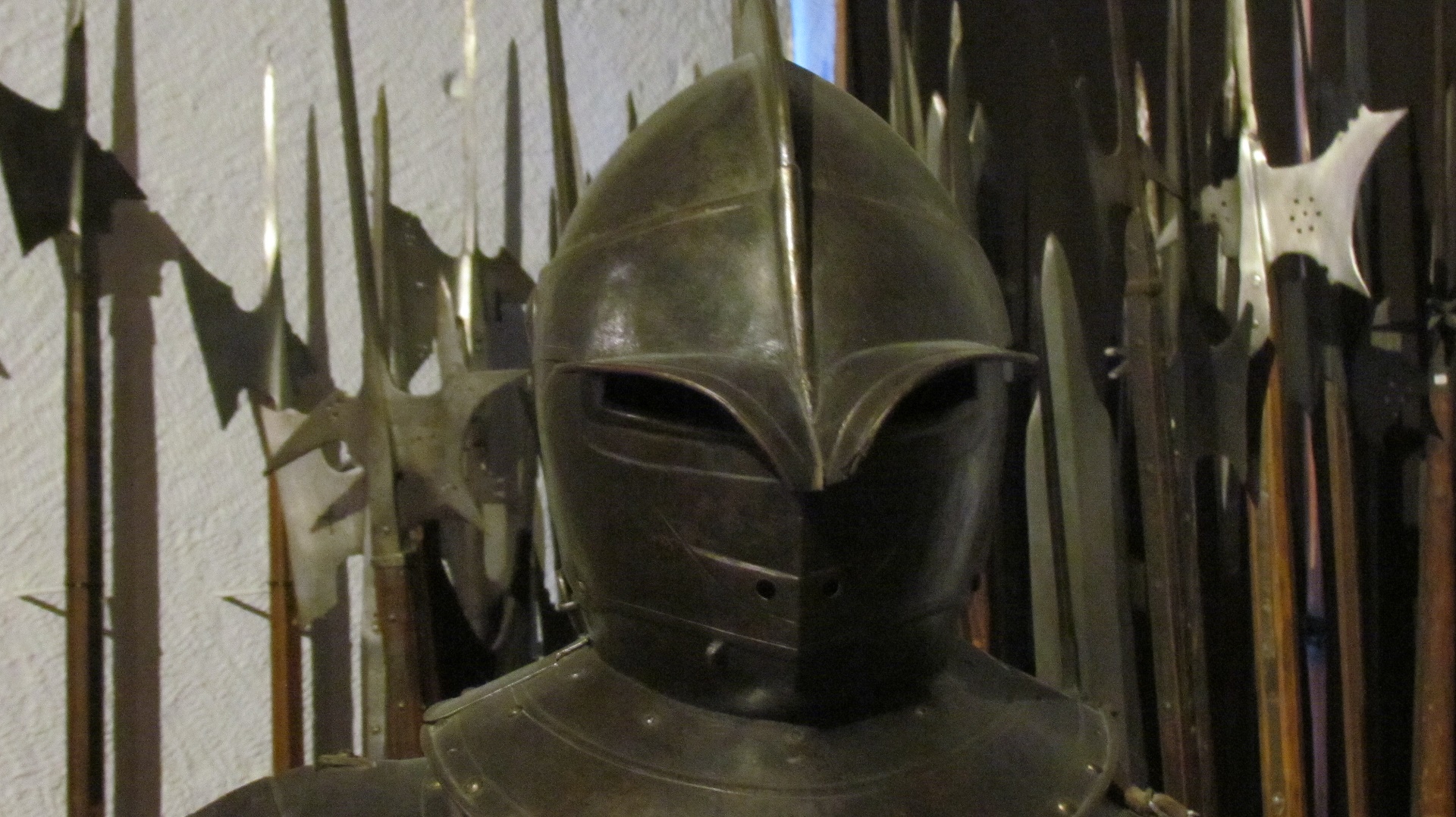