Affects: Freezes camera in place and removes all control of character, only controls available are ones that are not directly connected to your character (chat, menu, console, etc.), creating a "softlock" effect.

there are likely more specifics that may or may not be significant, so the details are below. 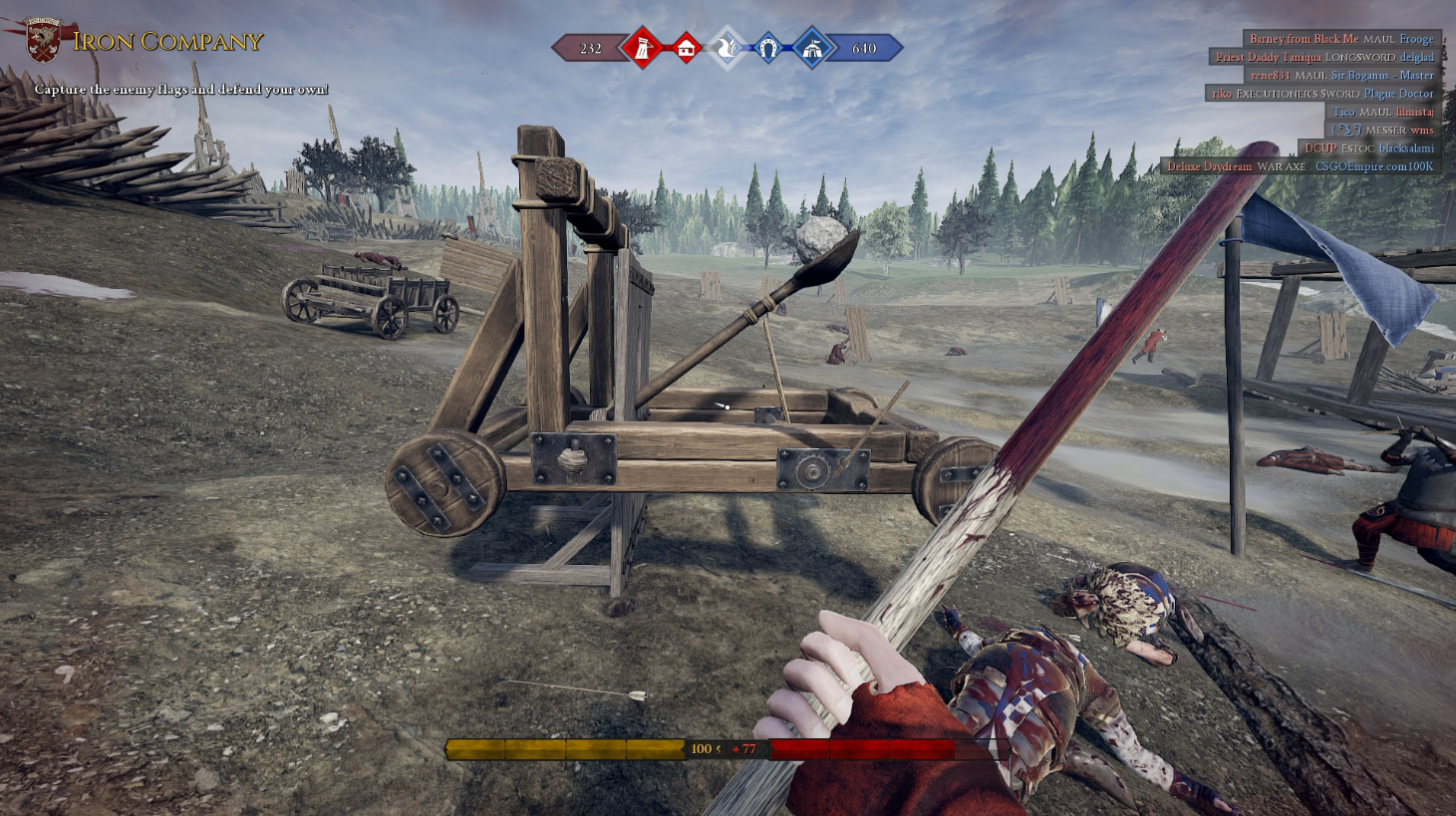 Now this looks strange in it of itself, i accidentally did this while botching an attempt at the catapult trampoline glitch. I had built the wall beneath the catapult, without being on the cata at the time. it somehow raised the catapult into the air on top of it, and i decided to attempt to use the catapult. Here is what happened: 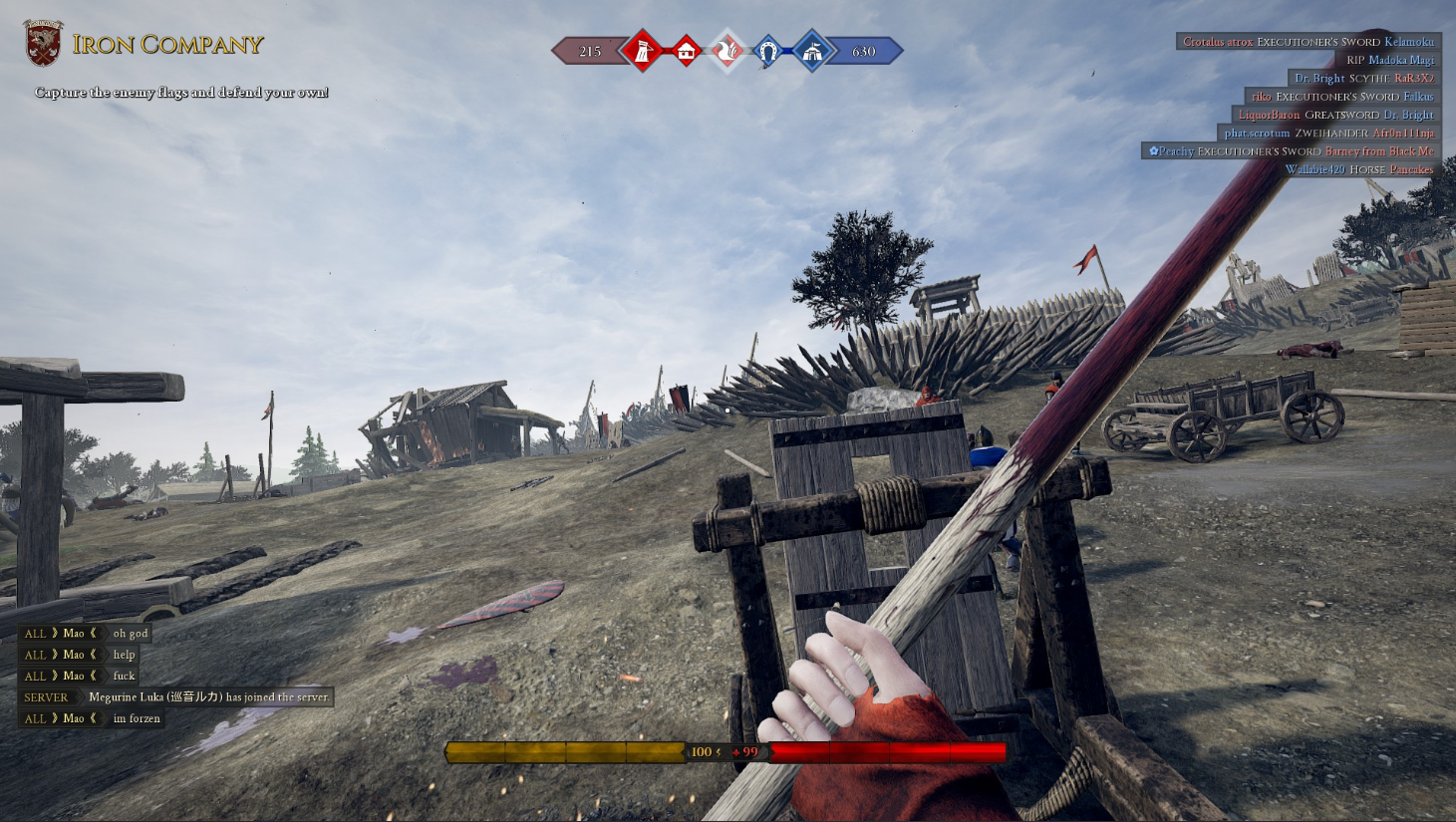 First, i tried using the catapult. the first time did not work, though that may be unrelated. the second time however, i got on. it put me in the position you see me stuck in, and then immediately, perhaps as the animation for me getting onto the catapult was still happening, the catapult was destroyed. what is peculiar is that it showed that I had done the damage, which was indicated to me by "86 vehicle damage". I theorize it was some kind of fall damage, but i digress. i was now stuck in this position, my sound was very glitchy and i couldn't hear if my character was being hit or stuff of the sort, just see it indicated on my health bar. I could not move, attack, block, or perform any action that involved my character. i could still open chat though, use the menu too. and i later found i could use console as well. Soon i died, but i still had no control. i could not move the camera or respawn. from there i had to disconnect.

Didn't read, but sounds like just another reason to remove the catapult until they manage to fix and balance it.