The kick in its current state is a bit more flexible with its jump-approach, but it's still usually a disproportionately punishable, slow attack that makes misjudging distance a huge risk. To recap the kick's benefits and drawbacks:

At the same time though I don't think the kick should necessarily be removed. If anything it needs some buffs, but the number of benefits it can gain that could round out its performance are limited mostly by pragmatic reasons (ex: footwork is disabled and needs to be disabled because how can you kick and walk at the same time). For now it can be left as-is, used for its narrow shield-based/door-based use cases, and bound to another key.

small arbitrary thought: perhaps it can be used to immediately one-shot a pavise; help mitigate the impact of people building 20-shield barricades out of them? Of course alternatively the simpler solution probably would be just to make people only able to put up to like 4-5 pavsies up at once instead of infinite ones. 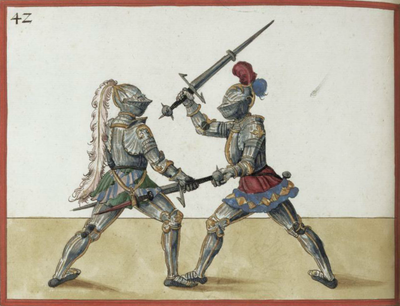 The idea here is to introduce a more applicable close-ranged fighting technique. The traits of such an attack would include: