Since this list contains missing features / cosmetic glitches / suggestions etc. I am posting it here in General. It is a compilation of other players observations as well as my own.

I went through various combinations to find clipping issues. Here are the results for just the 0 tier leg + waist combinations. If the list below proves useful to the devs, and these clipping conflicts are actually fixed, I'll consider going through and compiling T1 T2 and T3 leg / torso / head etc. combinations for easy repair.

PANTS clip when paired with:

WORKERS SHORTS clip when paired with:

BAGGY PANTS clip when paired with:

WANDERERS SHORTS clip when paired with:

WANDERERS PANTS clip when paired with:

If anyone posts missing features / suggestions / etc. that I feel should be included or were overlooked I may edit them in.

-The ability to see what players are on a server from the browser or via steam overlay.

-Ability to chat during the end screen of a match.

Uh. The forum is filled to the brim with good fixes and ideas and I really don't want to repeat them again. It's all there.
Kudos to you if you really want to collect them all in one thread.

One more: - a working and more informative scoreboard

I do like most of the suggestions here, but disagree with some :

I think spamming voice emote is part of the charm of the game, especially V. If voices are that annoying, there should be a better way to mute players spamming those instead.

Might be complicated, in term of key-binding, to add another alt-mode. And I might meme here, but it would be a bit complicated for new players.
But apparently, the devs are trying to find a way to make those works against horses, by having them get scared/jump when hit by a Spear.

Map braziers should cause fire damage / ignite projectiles like the firepit

If you can ignite with map braziers, effectiveness of the fire pit will be reduced. And I believe there's an other problem with the fire pit that deserves its own post.

Even if I'm open to suggestions, I think there's enough weapon variety right now. Sabre looks like a 4 point version of the Falchion and I don't see the point of having another Falchion and Quarterstaff.

I honestly think the Toolbox have enough tools as it is, and having access to map deployables might break any form of balancing maps had. The idea of a Tripwire as a seperate weapon, however, could be nice to have.

Many Bothans died to bring us this information. 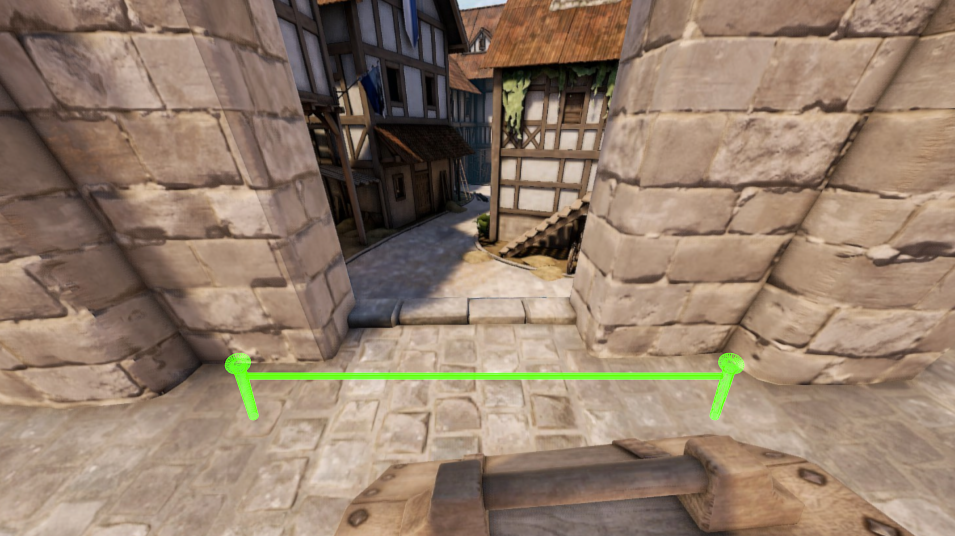 If we pretend it is real long enough even the devs themselves might start to believe it.

I would add to that list of suggestions the ability to right click on player names on the scoreboard to open a menu and be able to start votekick from there for example.

I have to disagree with you Quenquen in that there's enough weapons in the game, not when there are over 10 types of swords but little variant of other weapon types and some higly requested ones still missing.
I obviously support the addition of a heavy quarterstaff or a rework of the current one. It could be make a bit thicker and have them metal shods/knobs/spikes
Like so: 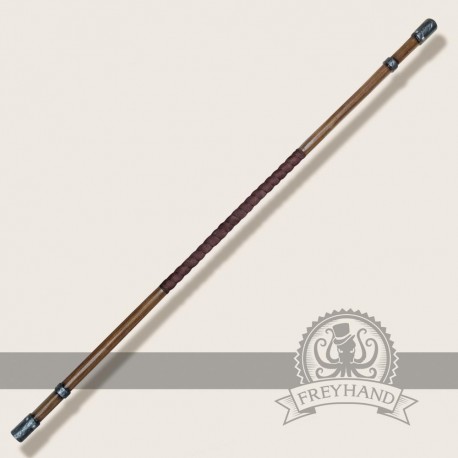 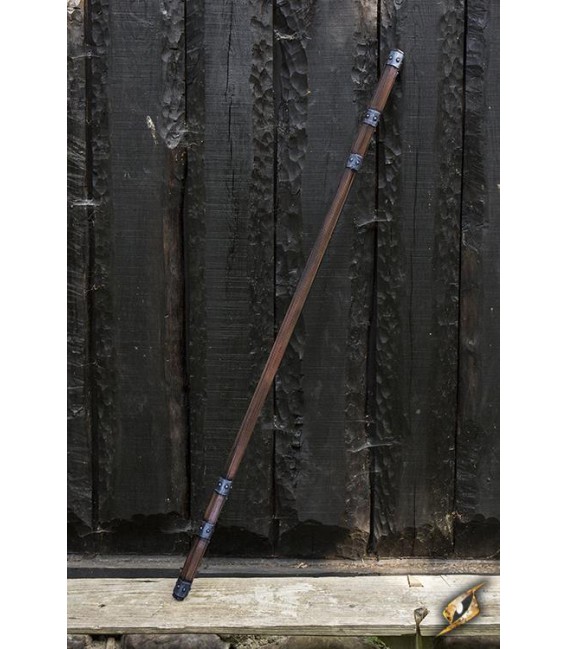 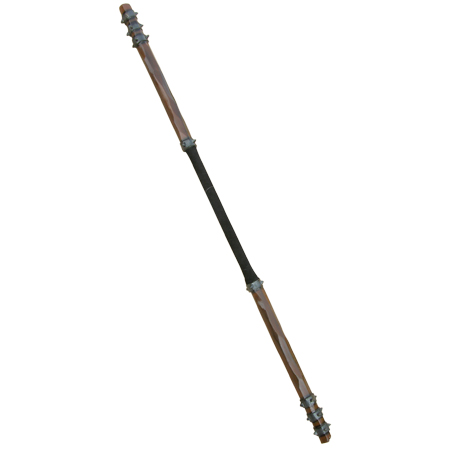 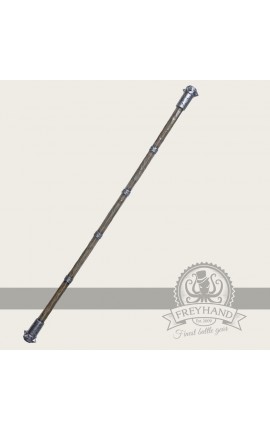 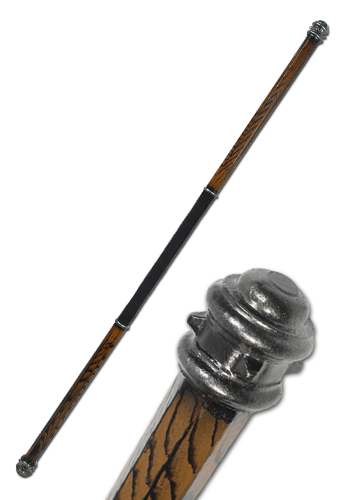 My god they are beautiful

@Humble Staff said:
I have to disagree with you Quenquen in that there's enough weapons in the game, not when there are over 10 types of swords but little variant of other weapon types and some higly requested ones still missing.

Indeed. There is a good amount of variation, but still a lot of room for more. Especially regarding some truly different weapons.
Some more bow models (only visual) would be nice, too.

My god they are beautiful

I like the simple ones with a metal cap on each end and a nice leather wrap in the middle.
There are some perfectly straight robinia and blackthorn stems/shoots waiting for getting turned into nice staffs this year...

Options for whether or not to automatically unequip your shield or draw your next weapon when you throw your last throwable or main weapon, or are disarmed of your weapon from chambering but not your shield.

Things I think would be cool to see:
Ability to hold a throwable or small weapon like a dagger in your second hand when using one handed weapons. So you could throw throwing knives or axes instead of your primary weapon, while holding both and still being able to fight as normal. Same thing for smoke and fire bombs.

Smoke and firebombs holdable with shield like throwing weapons are.

Option for smoke, firebombs, health packs, and bear traps to be immediately placed on pressing their hotkey, like a grenade in almost any shooter.

Camp, Day 2: All horses died during day 1, so they are disabled here. Siege weapons are also disabled.

Camp, Day 3: Archers have ran out of ammunition. -> Melee only. (Force full metal roughness on all loadouts >:D) Maybe change up the weather?"

Ezpz fix to add more variety without having to build a whole new map.

Duckalot that excellent map variant idea strikes me as part 1 of 2 in easily implementing a campaign game mode.

The devs could ignore all of these requests and i wouldnt care. So long as they add kilts. Thats all i want.

I like the obsession you have with those shafts.

Yeah, humble LOVES a good shaft. The longer and harder, the better.

I don't like them too long tho, it becomes hard to maneuver and i want to make the most out of every single inch.

I'd like them to add a pirate style bandana/skullcap. My dread pirate Roberts loadout demands it.

@RichardNixon said:
I'd like them to add a pirate style bandana/skullcap. My dread pirate Roberts loadout demands it.

We are definitely missing a pirate bandana.

I think the game needs a healing rework. I've suggested a couple things around that. Bloodlust is stupid and giving the good players even more of an edge over the 3 noobs he's trying to fight at once. I'm hating Mordhau for the same reason I hate Borderlands.

Another suggestion I made earlier, ist having a detailed server config, where 3rd party server admins could easily disable certain weapons and perks as they wish and autokick people with Vac bans for example. I'd even rent a server if I was allowed to just to mess with it and try different weapon lists. Maybe I'll make the first Peasant server that only allows peasant weapons :)
Give 3rd party server owners a tool to restrict weapons and perks please. No Firebombs and Engineers for example.