Patch 10 has been released, check out the changelog below

Tbh small frequent patches (within reason of course) are gonna be appreciated.
I wish shields would get redesigned rather than tweaked though. That's a hotfix though

More like coldfix since it took 2 years to do anything about shields. What about SEA and South Africa or South America servers for ranked duels?

We have communities and custom servers in these regions, even official servers but the matchmaking doesnt have the option for us SEA players. We can't play 'east asia' cause its all 120-200 pings, same with oceanic. 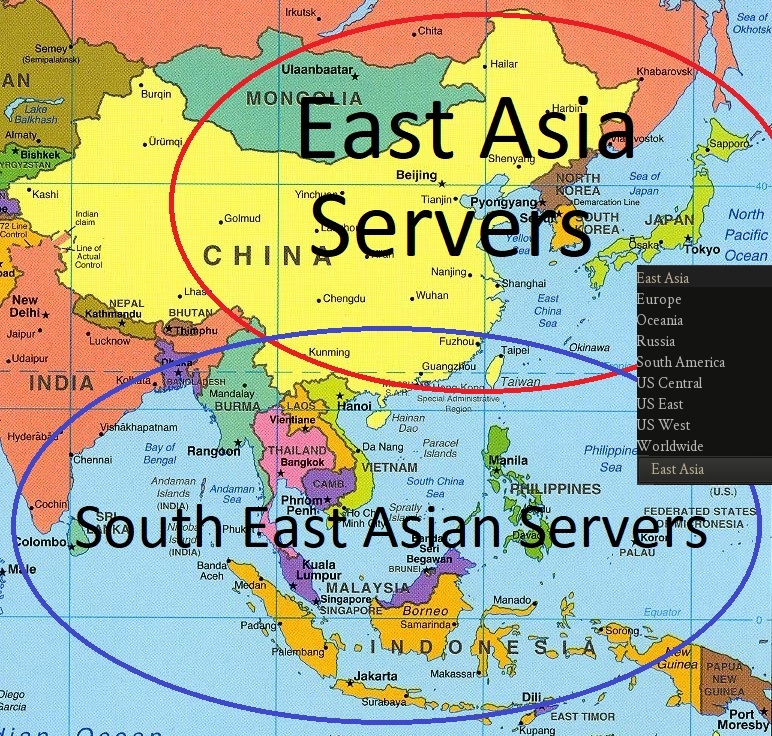 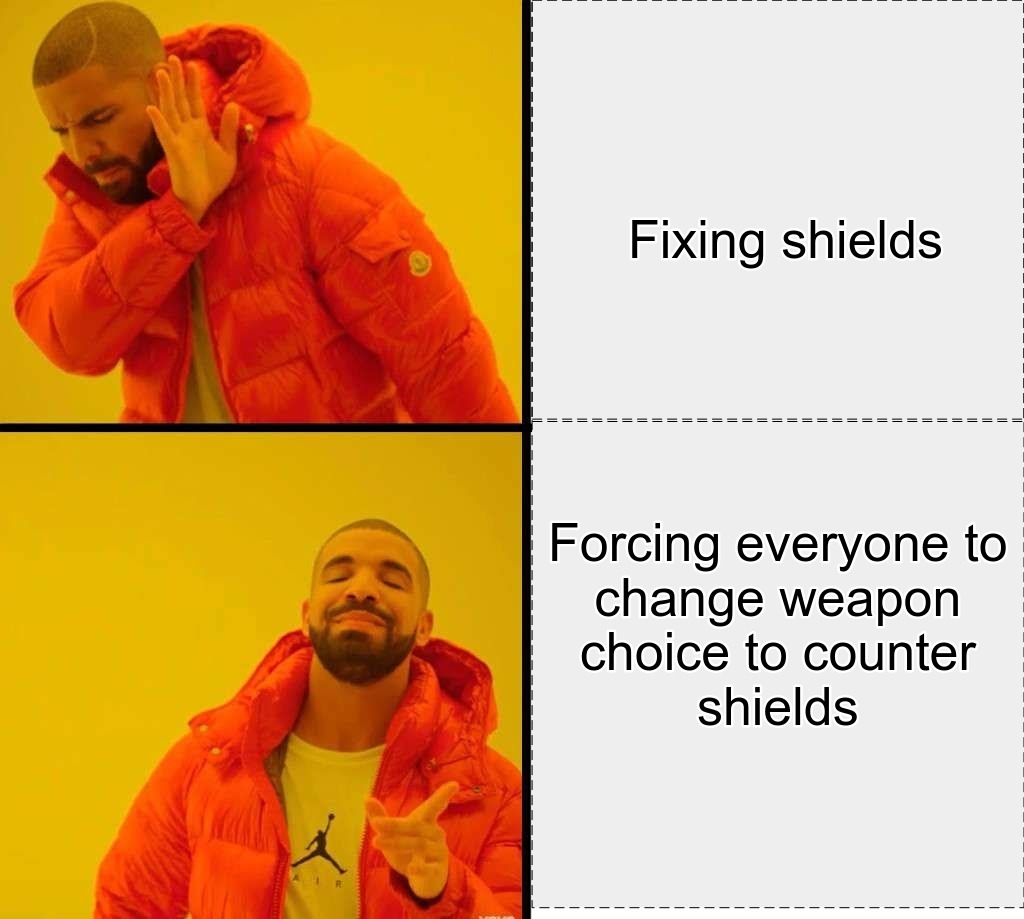 for real, why so many horde servers and no duel servers for SA? Come on guys, we exist Give us Ranked Servers in South America, we dont care about Battle Royale or Horde, those gamemodes suck, meanwhile we cant enjoy the main feture of this patch. executioner did not have it's release increased by 25ms in this patch. was this a balance choice or an oversight?

Come on guys, there are regions without dedicated ranked servers but there is plenty of servers for Billy who uses 5 crossbows and bandages on top of the tower in camp in horde mode. There are plenty of room in official servers that none uses. It's just a simple change that would make a lot of players, if not everyone, happy. 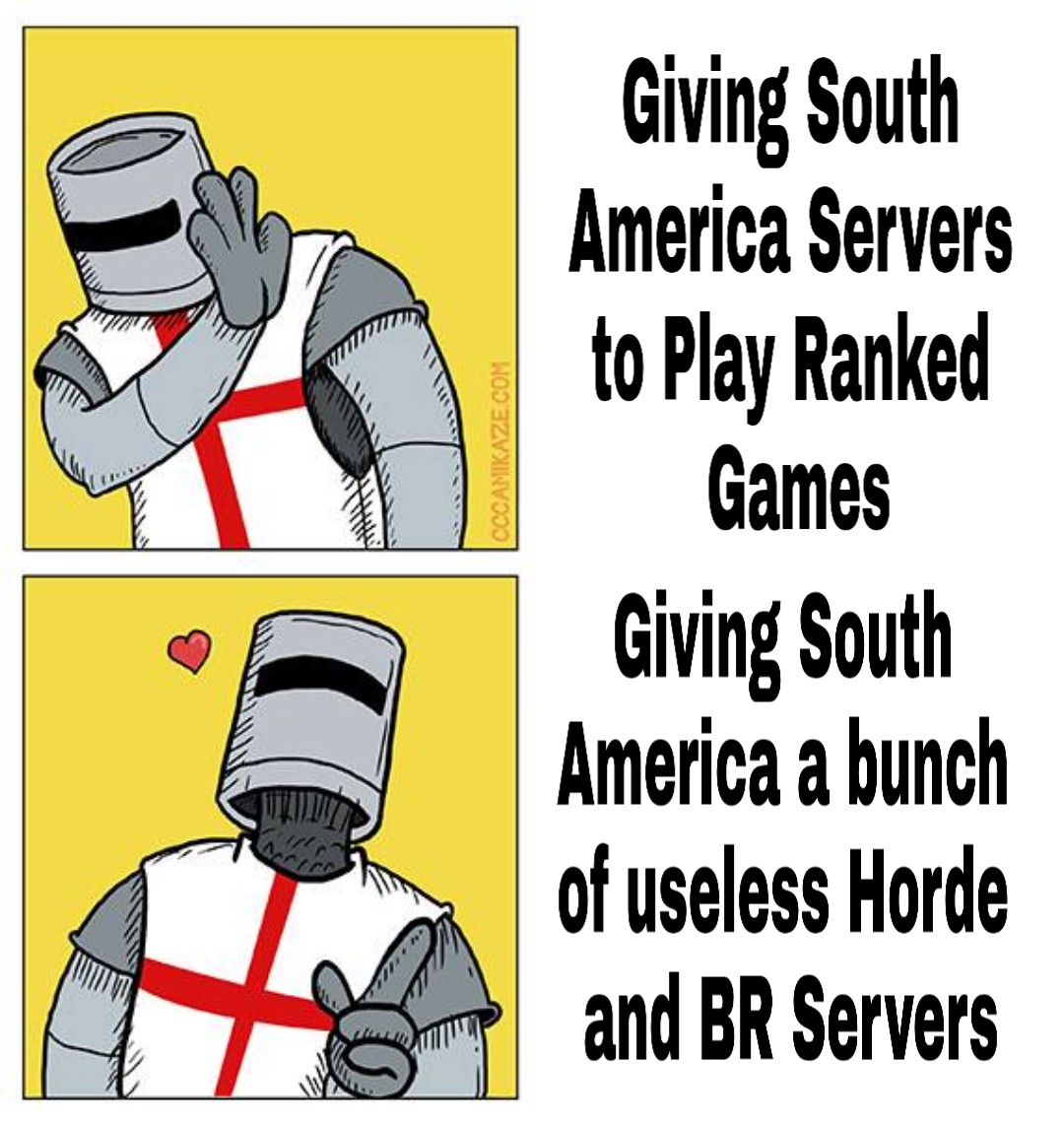 Please desarrolladores could you poner servers de rangos for America's south? Gracias you.

@equine said:
executioner did not have it's release increased by 25ms in this patch. was this a balance choice or an oversight?

Beside that...
Cant describe this good enough, because english is not my native language, but:

Whats up with a generally Stabbing fix - we are still able to stab somebody with the middle of the weapon, when we missed the Attack and just re-aim it fast enough into the enemy... there is a window for that..
painted something for that.. to describe it maybe a lil bit better: 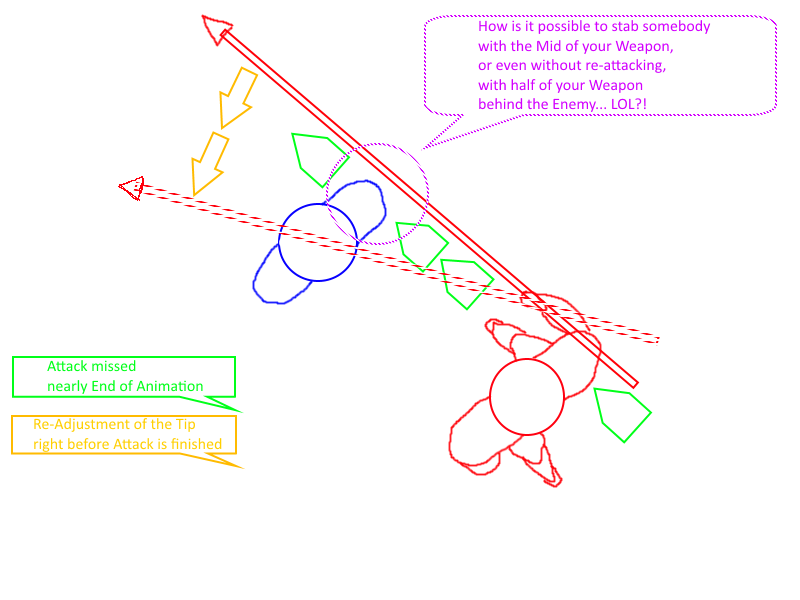 Generally the aiming/hitboxes(?) in the Game is/are not accurate,
sometimes swords hit you, but the animation looks like they couldnt, like they are a feet too much away from you
and still they hit..

(aiming..)
same with overheads, cant count how many times i made overheads into crowds of blue and reds,
to just kill an enemy between my mates, because they were not able to kill him..
guess what.. my screen shows me that i directly hit the enemys head(my eyes also saw this... lol),
but game SAYS team-damage... and no enemy damage at all..

i mean, helloooo.. i just hit a enemy head, nothing else..

and there we come to another problem, i encountered numerous times in the game, pre and post latest big patch,
the hitboxes are also sometimes disappear randomly and arent accurate at all

like how swing ends, and i know for sure, after nearly 600 hours only on the exe, how long the swing is..
but still i miss the enemy hitbox sometimes with the tip of the exe

and finally
the exe sword with katz* has an skin-/texture-break in the middle
it would be nice, if this get fixed aswell: 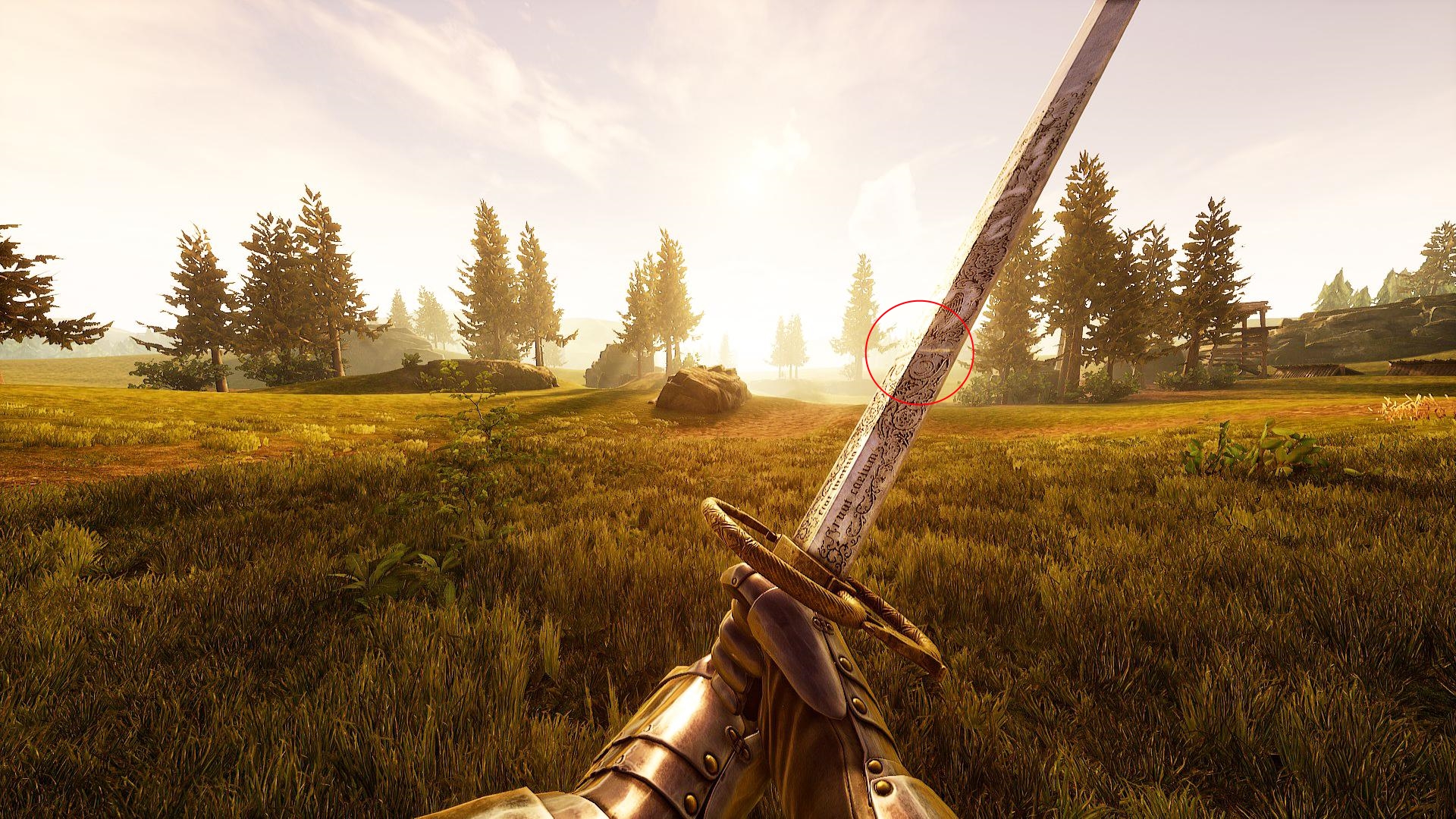 So for me, the only Update-News i would really applaud to, are:

AND,
i'm generally really happy that you guys come up with such fast Hotfixes now
nice refreshing surprise!
Thank you! Everything else is useless for all of us who don't have access to ranked mode.

I don't care about these small fixes, I want to prove myself on ranked matches.

@equine said:
executioner did not have it's release increased by 25ms in this patch. was this a balance choice or an oversight?

Not true, it was increased