Who didn't see that coming amirite?

So it's like Heavy fistfighting in comp TF2!
Except with horses!
And it's not a thing anymore.
Just give us a mode where it's just an open plain and everyone spawns on a horse with a lance.

How did Trit manage to do the same thing TB did except with horses instead of archery...

@smug said:
How did Trit manage to do the same thing TB did except with horses instead of archery... Not surprised -- i hate horses in general but i'm not gonna tell people how to play a game they paid money for.

Horses are way too nimble. There should be insane penalties for trying to climb the treehouse on cross roads with a horse, or running over rocks in mountain peak. It's fucking ridiculous watching someone ramp a horse over rocks and land on a ledge so small that i would have difficulties getting to it on foot... but horses, yeah, they can do it.

Also there should be far greater penalties for running into a wall. You should be bucked off, rather than just having the horse do a generic rearing animation.

But that's neither here nor there -- removing them from comp is a good decision.

Is it frontline without horses ;( . Sad to see comp players slowly chip away at game features. To strip weapons or vehicles from being used in something like frontline ffs seems contrary to the mercenary theme of the game. If you can’t play the was you want in a comp setting then what’s the point. There are plenty of weapons that counter Calvary. Being good means being able to counter everything thrown at you. To me it feels like they are just being a bunch of babies.

@MrGhostTheFlyingFlail said:
Is it frontline without horses ;( . Sad to see comp players slowly chip away at game features. To strip weapons or vehicles from being used in something like frontline ffs seems contrary to the mercenary theme of the game. If you can’t play the was you want in a comp setting then what’s the point. There are plenty of weapons that counter Calvary. Being good means being able to counter everything thrown at you. To me it feels like they are just being a bunch of babies.

Everything I've seen and heard about the "community competitive" in this game confirms that they are in fact, very close to being a bunch of babies.

They generally are but it says a lot that they weren't even willing to try a 1 horse limit just like how archery is limited.

Oh fuck off. If horses are not fair and have a lot of issues in even casual play of course they would sit out on competitive. You can call comp players small minded but they have obviously learned from chivs OP archers that just letting it stay is not a good idea in a competitive environment. I have played 6v6 comp frontline without horses and it was insanely fun strategising pushes and holds without a 1 shot machine roaming the map. 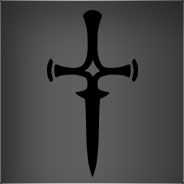 Who woulda thunk.. removing a crappy mechanic from competitive play so that actual game skills are used on an even footing.

Does this mean no cata and balls either? They're a buggy mess. If I happen to sidestep and swing at the back of a horse more than half of the times I just phase through them. Also the 1 hit kills are terribly inconsistent for some reason.

@smug said:
How did Trit manage to do the same thing TB did except with horses instead of archery...

We don't have OP archers that oneshot...

Implements garbage that requieres LESS skill than archery and onseshots...

WTF is wrong with this developers?

My only gripe about horses is that their handling is onpar with a dirtbike.

Wait... Horses no longer on Crossroads? Why? I know they are annoying sometimes but are effective Anti-Infantry when used outside the Stronghold and it is Fun when 2 Opposing Horse Riders Engage in a Proper Joust

Would be nice if you provided a link to what you are talking about.

@MrGhostTheFlyingFlail said:
Is it frontline without horses ;( . Sad to see comp players slowly chip away at game features. To strip weapons or vehicles from being used in something like frontline ffs seems contrary to the mercenary theme of the game. If you can’t play the was you want in a comp setting then what’s the point. There are plenty of weapons that counter Calvary. Being good means being able to counter everything thrown at you. To me it feels like they are just being a bunch of babies.

This reads like bait but I guess I'll take it.

Ok so for one lets address some issues cavalry presents.

There. I've provided five reasons why mounted play is shit. I don't care if it stays in Frontline, because I no longer play Frontline. It's frustrating enough dealing with your team mates body blocking you and pretty much obstructing your gameplay but to top it all off half of your deaths typically come from a mounted you never see, hear, or are able to counter unless you SOLELY stop playing the objective and focus them.

You mention countering them is apart of being a good player? Here are the three known counters (to me) and I honestly think they're all piss poor and I'll explain why.

By far the safest counter, but also entirely reliant on good aim with a fairly okayish archery system. But the archery in the game really isn't nothing to hold in awe. It's difficult to learn, and most of the time people who utilize it mostly don't do much with it to begin with. It was clear archery was never the forefront of Mordhau (Which I'm fine with, sure others disagree) but hey that's what we have.

We also have thrown weapons and things such as throwing axes, knives, and javelins. Again. Probably the safest counter, but it isn't always effective given we don't have control over the release of thrown weapons and the trajectory of archery is very tricky and would take a LOT of time to effectively hit a mounted time and time again. That is - given you have enough time and safety to do so. Playing an archer or any form of a ranged-heavy class makes you an easy target. Both from mounteds and players on foot.

This is a much more aggressive counter, but it is purely a gamble (Especially if the mounted isn't a straight up new player). You will -always- be outranged by a semi-good mounted no matter how good you think you are on foot. They have mobility, the turn speed, and the choice of whether or not to engage because of the first two points. Yes. The billhook can pull people off mounts. I've done it -plenty-. But it's because nine times out of ten the player doesn't understand the range of weapons and rides in a straight line.

A semi-decent mounted can completely avoid me and just poke me once and I'm dead. Same with spears or halberds. Swinging or stabbing at a mounted is entirely a dice roll of who hits first, and even -IF- you hit first; you are more than likely not going to land a killing blow on their horse or the player and you will still be dead at the end of the bout. Gambling and dice-roll like tactics are not fun at all to utilize because it doesn't feel rewarding. It feels cheap and underhanded. Of course you will gamble in the game in different situations, but this one in specific is specifically because you -have- to. Not because you want to.

Finally you have the toolbox. Which is by far (In my experience) the most effective counter, but the most retarded strategy ever. Both in practice and just to watch it unfold. Essentially, you have a toolbox and when a mounted rides towards you - you spam barricades up to stop them - you then either can use a billhook to pull them off, or any weapon and attack them. I've even gone as far to trap them entirely in the barricades so they can't get free.

Still, this is probably the most aggressive of them all as you leave yourself open while you just monotonously spam barriers down - then trying to kill the rider as quickly as possible. People have argued with me before on here on why I think this tactic is just retarded. From a technical stand point, it's smart. It usually works, and rarely does it not. But the idea of it? Both in action and just visually? It looks stupid. I get we have Flesh Wound and witty Monty Python lines, and realism isn't a concern at all (which is fine) but why is it this is a way to counter mounteds? If you told people this when they picked the game up they'd more than likely think it was fucking stupid.

Anyway. Those are my points, and my argument as to why mounteds clearly don't belong in a competitive mode and or scene. They don't have any true counters, and the ones people -do- argue usually are just pure luck and gambling tossed into a pot and hoping for a good result. This is all my opinion however but I'm definitely up for hearing what you think mounteds would -bring- (in a positive light) to a competitive scene, or just the game in general. I'm currently in the stance that mounteds are just fucked both in casual and competitive (if people use them) and it's one of the biggest reasons I just stopped bothering with Frontline all together. But Frontline is an issue all it's own and will be left to another topic.

People seem to be forgetting that this is a restriction for comp frontline only. It will not affect pub play.

Also, this is likely forced due to their being a limited number of game modes suitable for comp play, so they have to tailor what's available to suit. In future there could be better options for objective-based comp play or even a dedicated mode.

The reason is the mechanic doesn't add any depth to the mechanics.
If you are actually trying to see what team of 6 is the best, adding a horse into the mix is just going to turn the entire match into what team has the most fucking annoying horsemen.

Not to mention the fact that there is no reason to even use horses as they are because their Nerf in some aspect has got to be inevitable... if not devs are more clueless than i thought.