The majority of Mordhau's animations are smooth and beautiful, definitely of AAA quality. However some animations are lack luster and leave more to be desired. I've put together a list of some of the animations I think should be improved on, so that the game can feel and look even better.

First Person Bow Running Animation: From when I first saw this animation I knew it looked rather odd. The movement is too stiff, and doesn't move side to side at all, I think it should be made to look more like your player is running with a bow, not moving the bow up and down with their hand. However the running animation for the bow when the arrow is knocked looks phenomenal.

Horse Mounting First And Third Person Animations: When you mount a Horse in first and third person, the animation makes you jaggedly hoist yourself into the saddle, with a choppy camera cut. I think the Developers should focus on fixing all the horse mounting, and dismounting animations and camera animations, for each side of mounting and dismounting the horse.

First And Third Person Bow Knocked Differences: In first person when you press R or Left Mouse Button, you knock the arrow onto your bow, but when you do this in third person, your character only pulls an arrow out from the quiver and holds it with his right hand. There should be an arrow knocked animation for third person too, so that there isn't any inconsistencies. 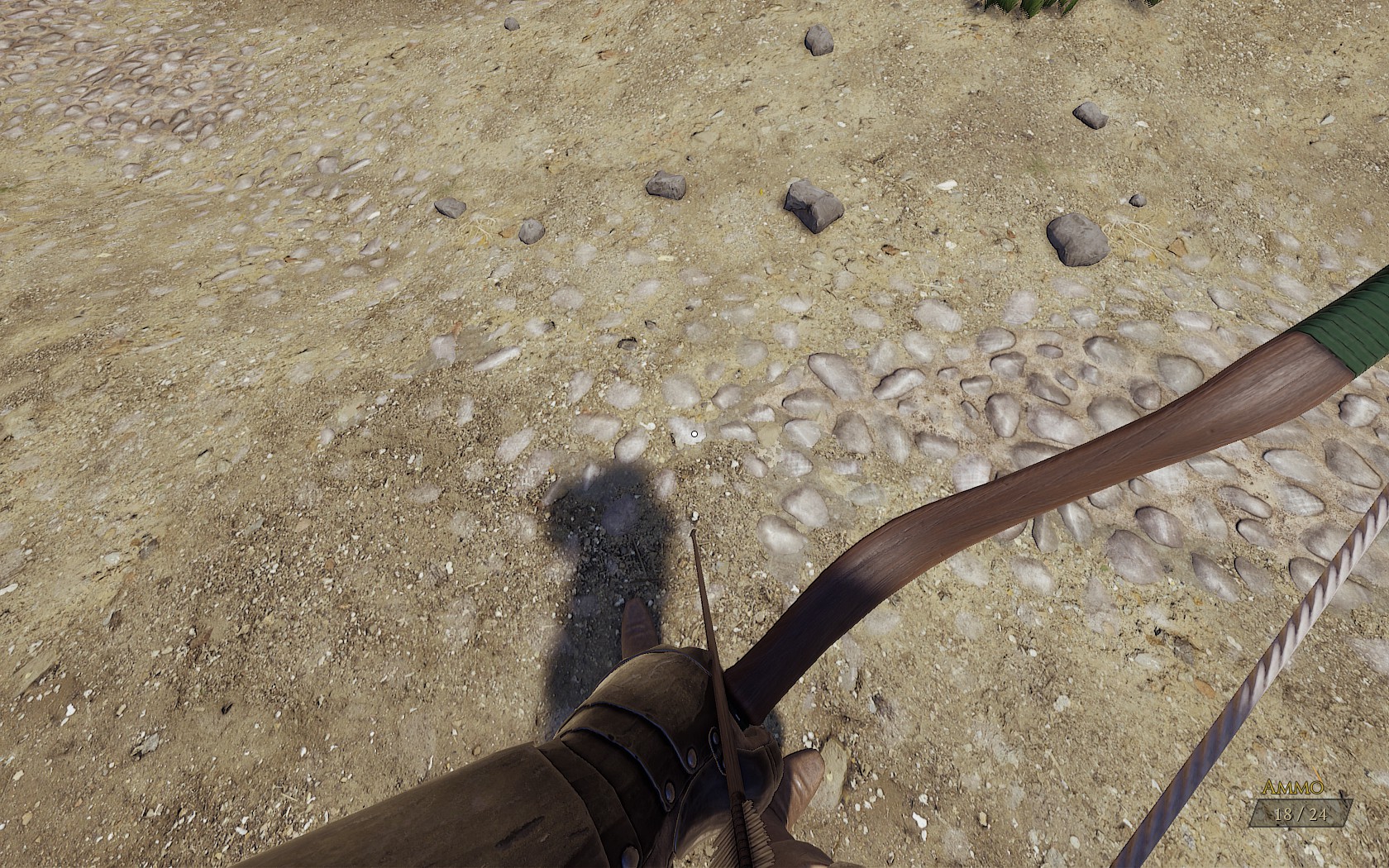 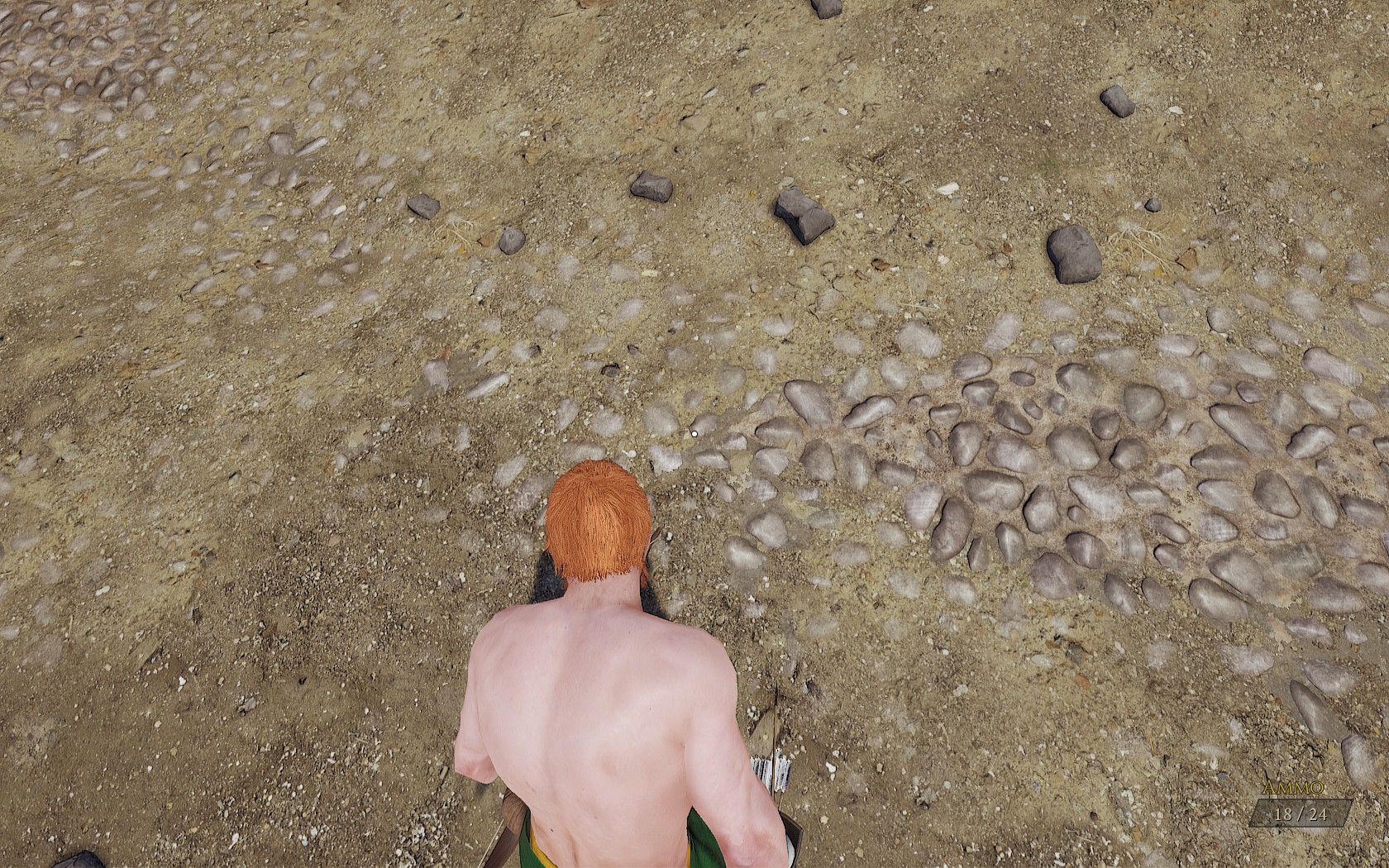 First Person On Horseback: When you're on horseback in first person, there are a lot of uncomfortable inconsistencies with third person, for one your legs are in a different position in the saddle, they're pulled back. Your left hand is nowhere to be seen, and is not holding the horse's reins like your third person character is doing. You can only see a fraction of your legs. When you get on the horse initially and look down however, a whole lot more of your lower body is shown, then it is pulled out of camera view. When you move your camera and look down in first person, your character's entire torso looks down, but when in third person only the head moves, this is confusing because when you try and duck an attack from horse back it does nothing, because you're really not moving your entire torso. The first person experience on horseback should be more aligned with these points mentioned for third person. Also when on horseback, you cannot see your Bow, Firepot, Smokepot and Rock until they're thrown, when holding them they are hidden out of view. All these should be brought into view when on horseback. 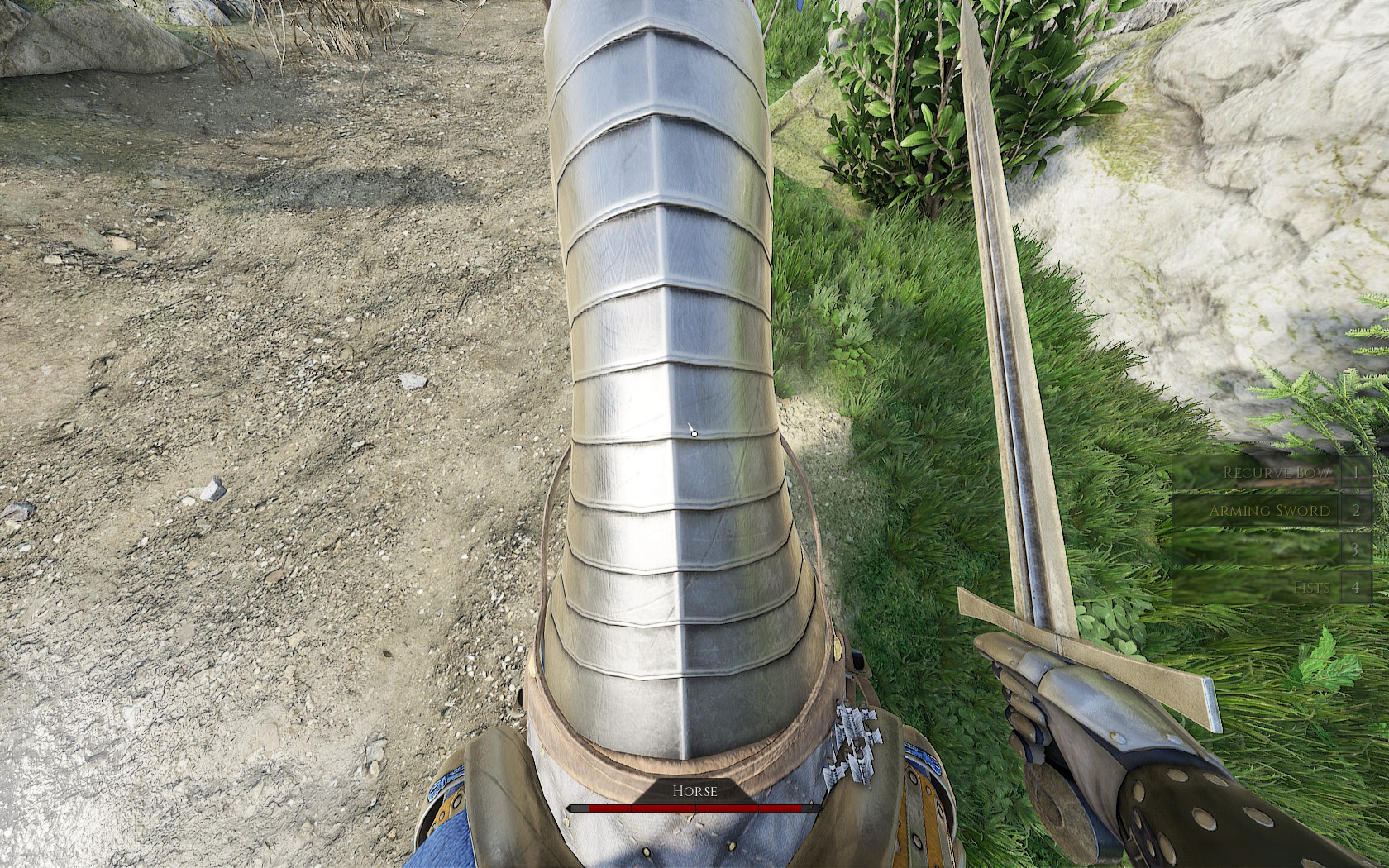 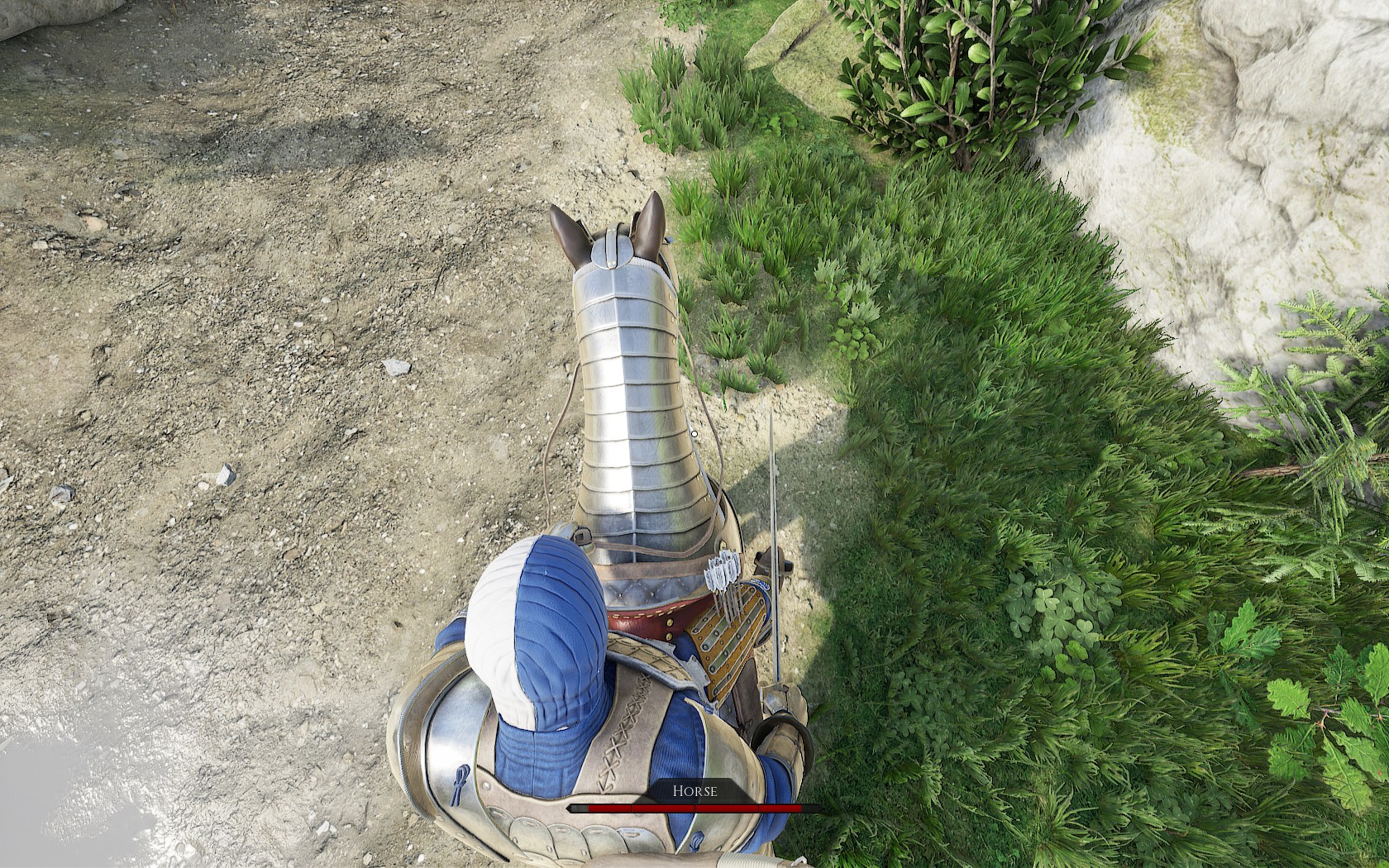 The brief second you mount your horse and look down you can see more of your lower body, which should be made the norm 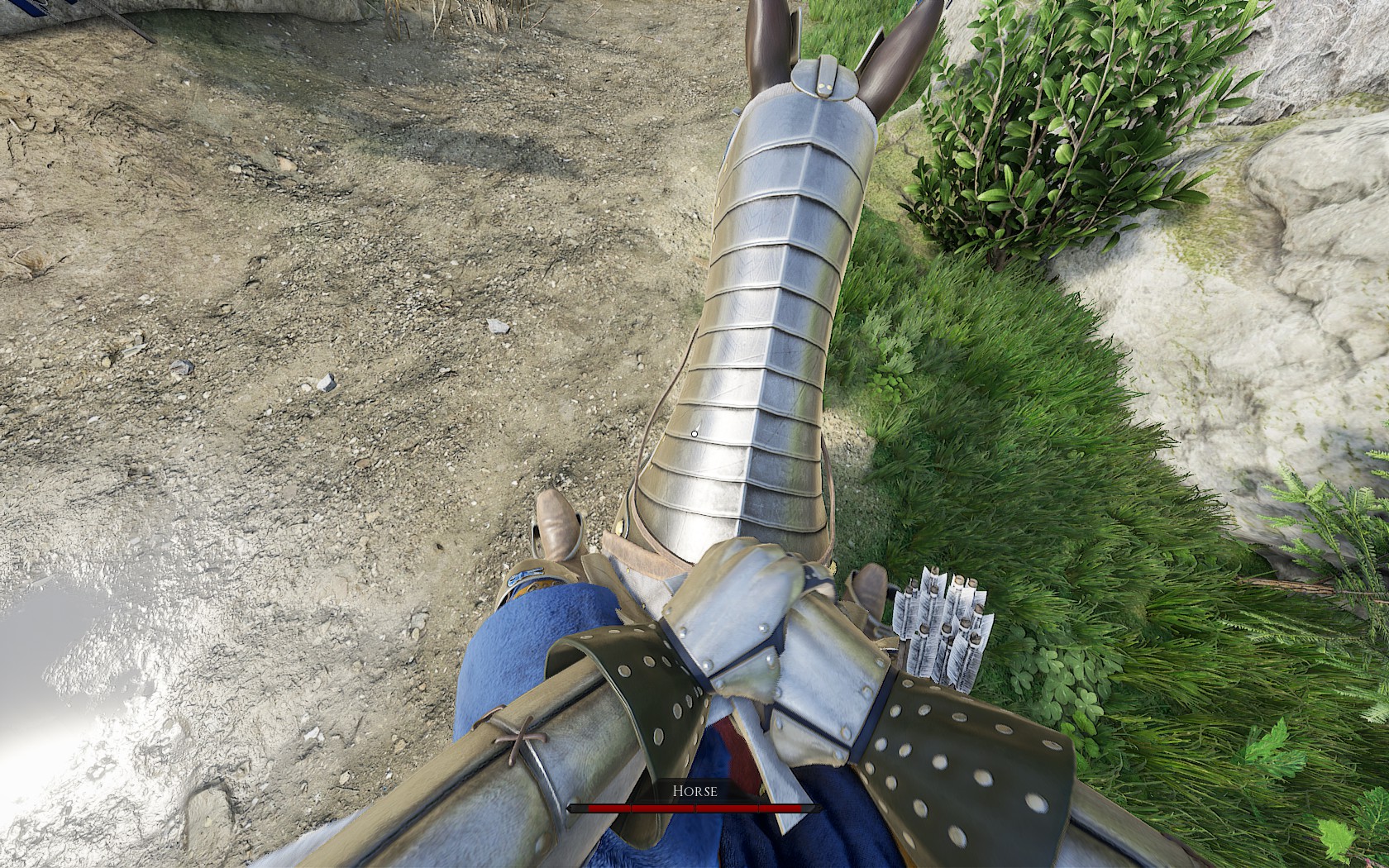 Notice how I have the bow and fire pot selected but they are not in view until used to attack with. 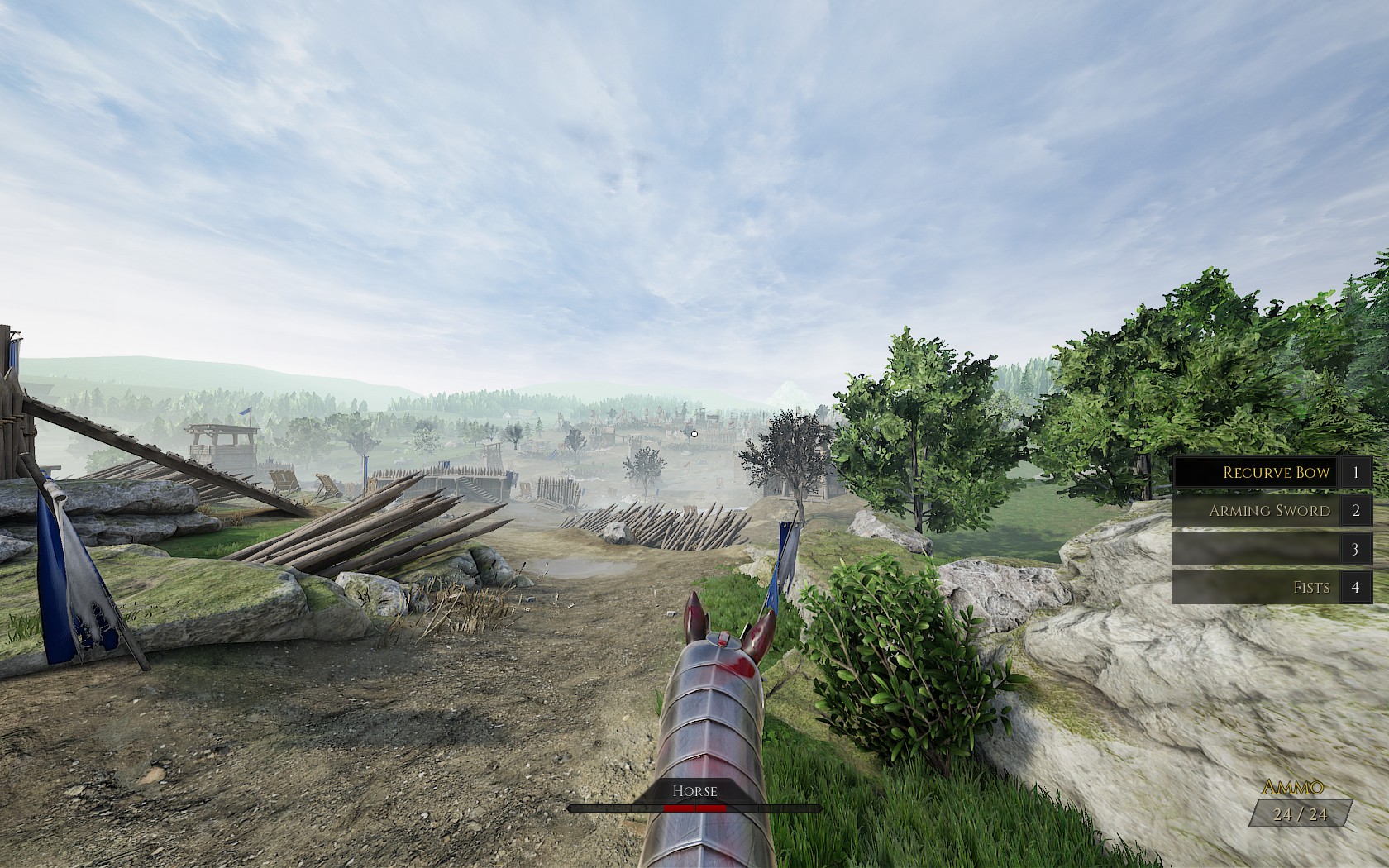 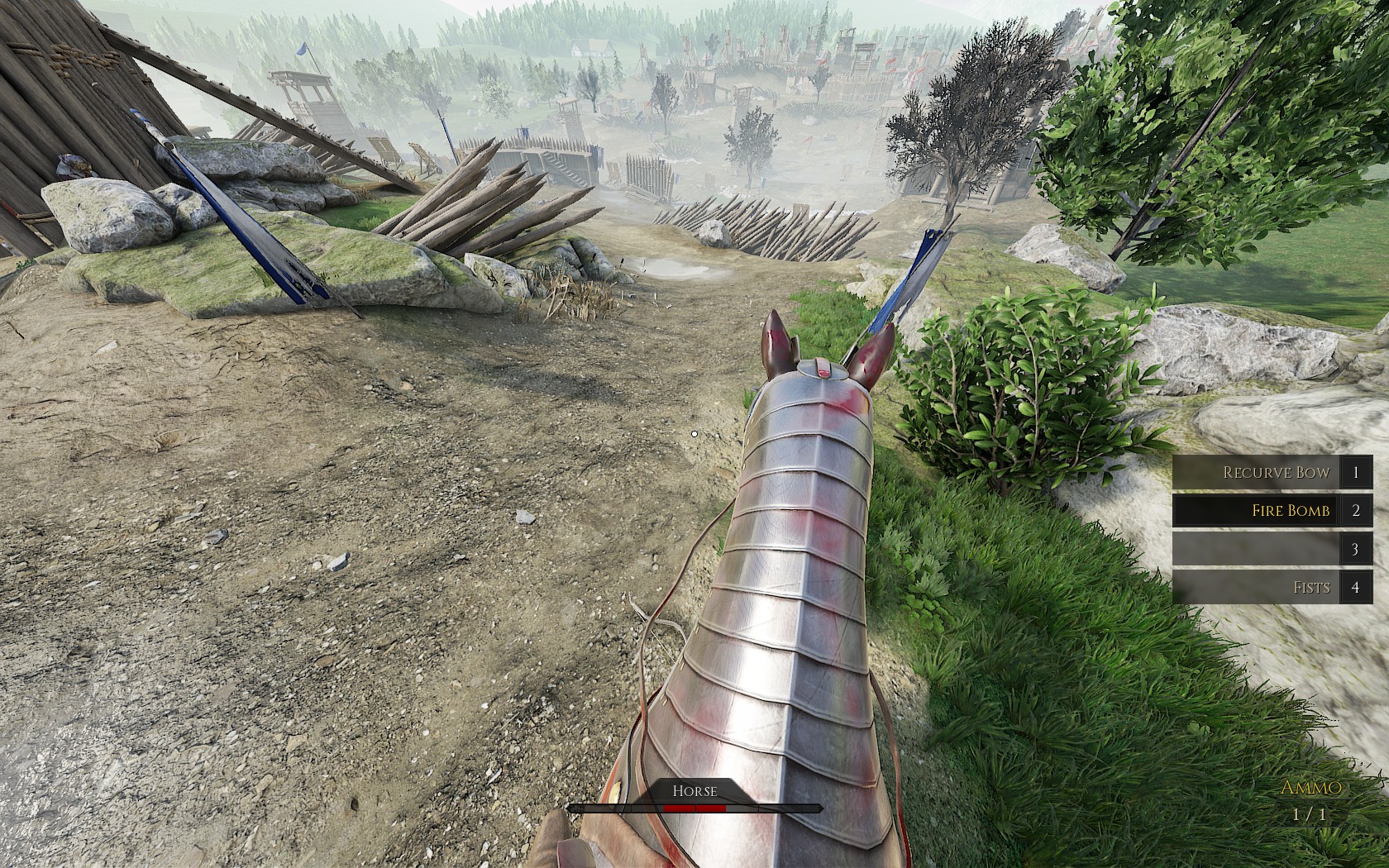 I thought this was going to be about Bardiche stab. 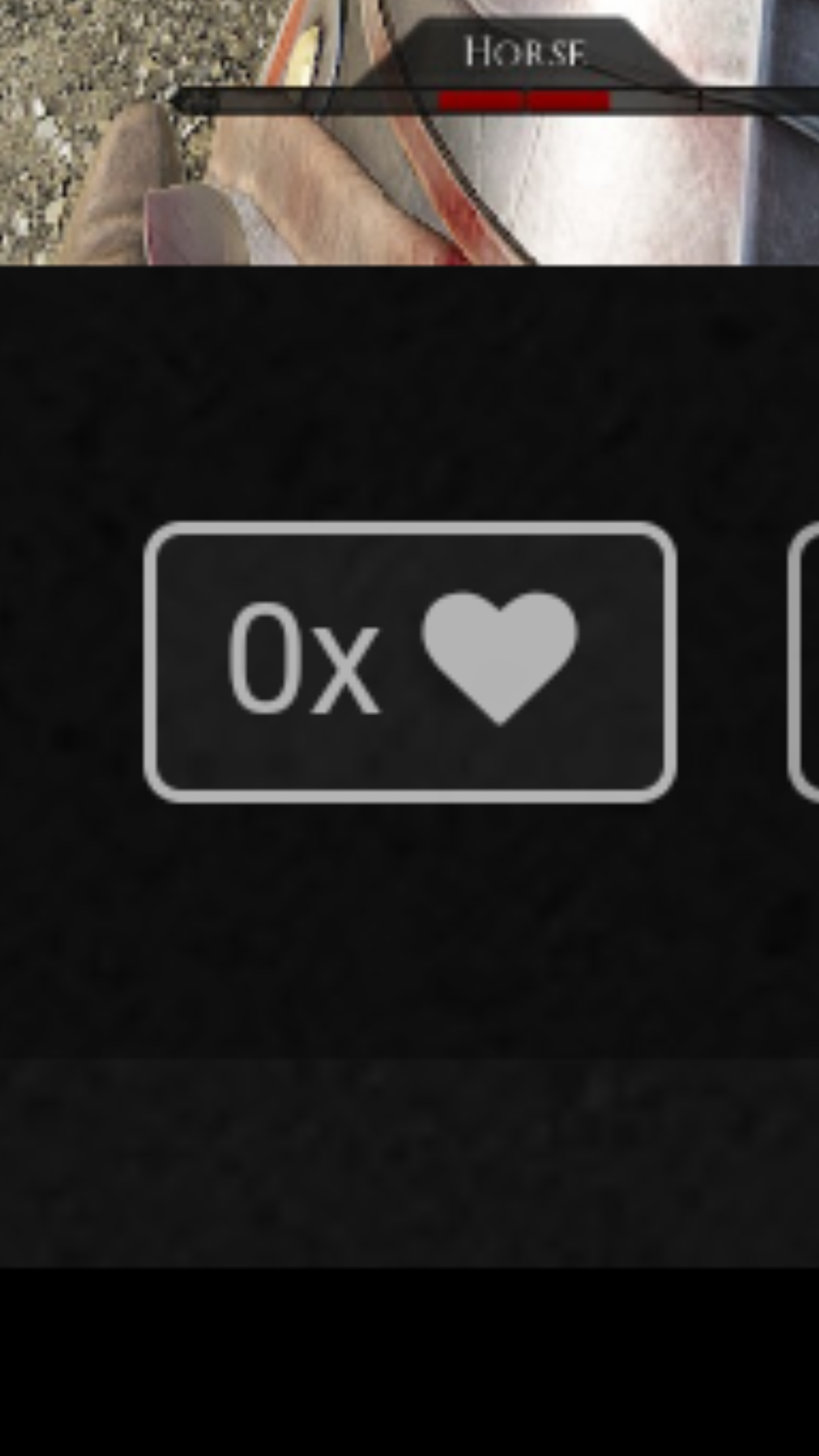 There, there! I liked it now!!!
Thanks for reminding me.

the alt grip on the zwei/halberd looks weird too, looks like your holding it with one hand