Where are the leg hits (another shield thread.)

Shields require some reading but at high level it's easy reading.

What I mean is shield parry box is still large enough that misreading where an attack goes is ok because the parry box is so large. But the parrybox is just small enough that very advanced waterfalls or morphs get around it... So noobs get killed by attacks they have no hope of reading while also getting kick stunned. But a player like me doesn't get kicked and reads/mitigates waterfalls well enough to do ok against better players and get free hits when they try to kick and through 1h cheese.

Kick stun only hurts noobs and ironically nearly everytime I've been kick stunned was on EU 1vX despite reading or trying to bait the kick but ofc ping is a major factor. Or when fighting face hug mace/baxe/rapier pokes and being dumb enough to try blocking these. Kick stun is only intuitive to people because Chivalry had it. For what other reason would throwing my foot at a shield be more disruptive than a mace or longsword?

Please listen to me and cease this kick stun madness. You devs made parry size very forgiving regardless of weapon size but made them very brief so they still require skill... It only makes sense that if something gets an infinite parry it then becomes unforgiving to where location is concerned.

If you try to buff kicks by making them faster or giving them more reach than you're actually not nerfing shields but all 1h. If you try to force kick stun to "work" by making shields slower then you're nerfing specifically footwork/stamina/1vX of all shields by making them clunky: Lower delay prevents a shield user from kicking an incoming kick they read and if they just lower the shield they still take kick damage and stamina damage.... but with 1h they're constantly in kick range. If you leave kick stun as is then noobs will constantly be in kick stun while most people are getting baited when they try to kick in a shield. Kick stun has to go or it's not going to be worth it for noobs to use and will actually be worse off than Chivalry's shields.

Please listen to me, I love shields and they're either a complete joke, totally op or a complete waste the way they've been balanced lately. Fire pot's a better investment than shield for someone just starting to play the game, especially if kicks are somehow buffed. 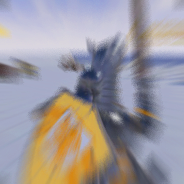 That laugh tho
I love it (which is gay btw) Mittsies is honestly producing the best content that I've ever seen on any game forums ever.

This is advanced shitposting

This is my favorite show This is the content we've all been asking for