Since the new update I've been on for no more than 15 minutes and I already noticed a few problems. Dont be alarmed as none are grave.

First one I noticed was that as soon I jumped into Frontline there was no indication as to what the numbers on each end of the objective symbols on the top of the screen were (and I still dont tbh).
Secondly I noticed how poorly the ballistae worked, whenever you fire a shot it instantly moves upwards not after, but before you shoot, making it misleading where you are aiming and giving you headache in the process, I'm going to assume that it's there as a placeholder for an upcoming animation. I also had alot of difficulty aiming because the slightest mouse movement would completely mess up where I was aiming at, this can be easely solved by keying ALT to slow down the speed on which you aim the ballista.
Thirdly, you can somehow make duplicants of your custom loadouts but not of the unremovable default ones?
Lastly, as you can see in the pictures below, when you go to the player menu no matter the size your nickname it will still be partly cropped by the player level icon provided it's long enough.

I also had a quality of life suggestion: It's a given that most players will ultimately have a ridiculously long list of loadouts, what I suggest is that you give players to create "tabs" on the loadout list on whichever loadouts you drag into them. These tags can be minimized/maximized not unlike how categories for channels in discord do. This feature will for one make it easier to navigate through your loadouts when, say, you want to get to last 500th loadout, and also to better be able to organize in accordance to theme. For example I make one tab for Guild loadouts, another for joke loadouts and of course the default loadouts will have their own unremovable tab. 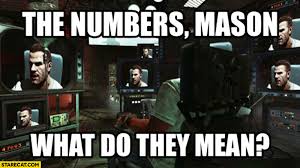 Do you mean the tickets? Shows how many 'points' your teams has left until you lose. Getting killed reduces the tickets with 1 and have less objectives held than the other team drains tickets over time.

Love the tab idea for loadouts

Personally, I found frontline a ton of fun but the main thing that detracted from the experience was earlier in the day when lots of very "new" people played and had no real sense of teamplay. People just ran in and died on their own.

I think we very badly need a SQUAD system, something that keeps new players fighting together and able to communicate.

VOIP and Squad leads that can issue movement orders, targets, etc would be very awesome and I think it would DRASTICALLY improve the fun of the mode.

It's just a little bit too mindless right now. 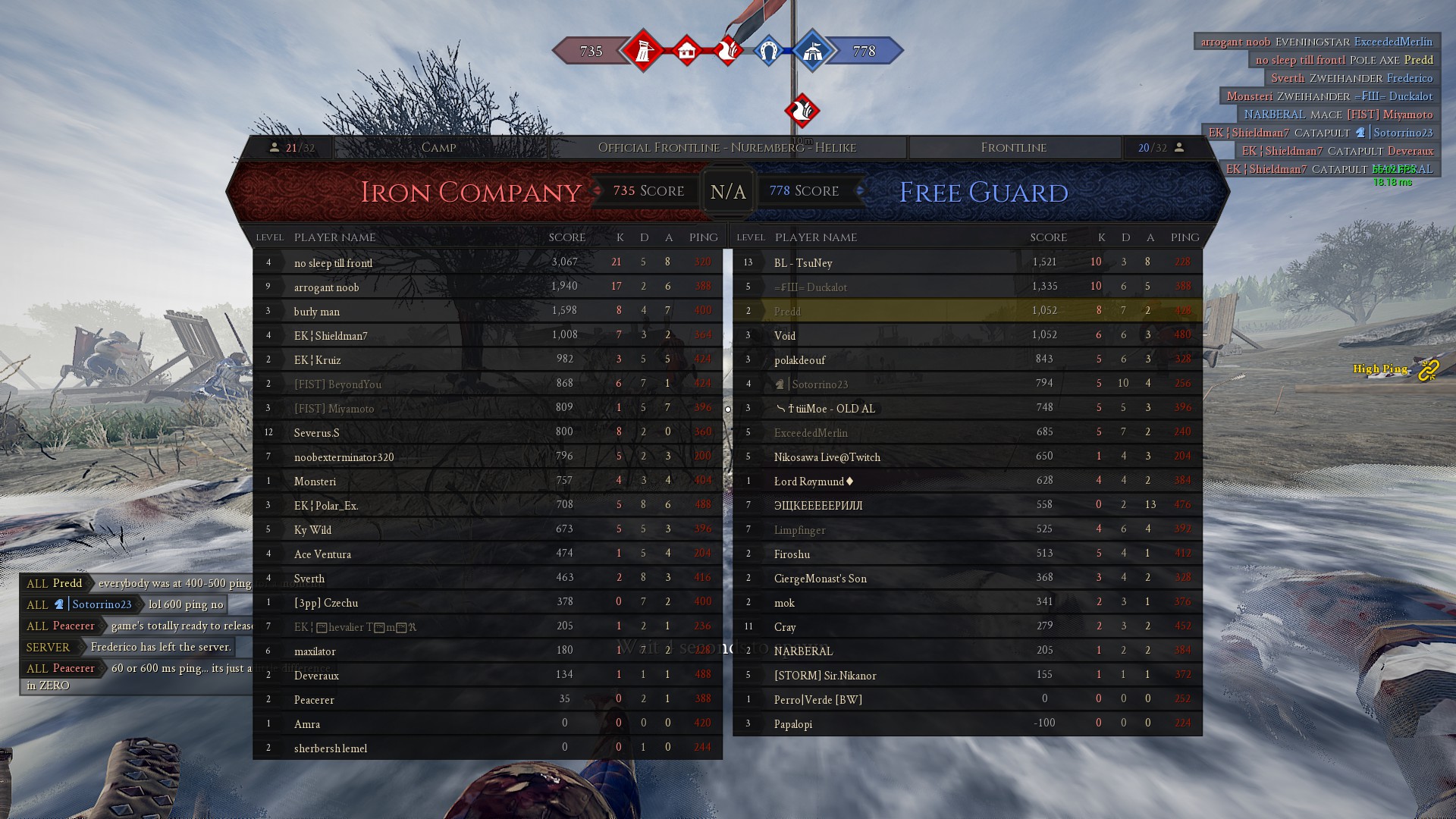 Squads an interesting idea, very successful in Battlefield. It would be interesting to see how that plays out with squad leaders and spawning etc.

A friend had the idea of a Banner support item that you can plant on the ground so that your team can spawn there, and the enemy can destroy it. You don't want banner spawns in a melee game. They tried that in war of the roses and it's not really fun to have 8 people drop down on your head, plus it would break the flow of the game.

Squads might be interesting to encourage teamplay, but honestly going to tell you guys from years of playing mount & blade you won't get teamwork in public servers at all, you just get people running full tilt from one spawn point to the next with the occasional flanking people. That's about it and the game mode should all be designed around that.

Possibly by adding monetary rewards for doing things with squadmates could you prod people into sticking together, but really I don't know that you'll get a lot of value for needing them near release.

So I was only in for a few minutes last night and haven't played since early on in the alpha and honestly the game felt so great overall. I loved the tutorial, good humor, great information, gets through the key things. Maybe there might be a mention of how to defend against horses, as couched lance to face might be frustrating to players and just at a glance I'm not sure if I can block a couched lance or not. That might be too much detail though so eh.

Small nitpick on the music, it gets very repetitive and doesn't match the mood of the game mode. It felt a bit like the menu music got stuck on. It's a small thing but having the music either fade out or in on what you are doing or at least a more low key track with some melodies for capturing/losing points would help a lot with the feel.

I thought it was a bit hard to see the team color for people on horseback also, but that might just be something to learn over time. It wasn't impossible but did feel a bit tricky as they might be high value targets that you'd want to ID at a distance.

In a 10 second look at the armory it wasn't sure where you could see stats for items before you purchased it. I was also a bit confused on the load outs system to be honest where you have a lot of premade guys with gear that is locked. If they are a default loadout that lets you get going before you've got cash, maybe having some separate color or highlight around them or a 'premade' or something to differentiate them. If ending up using the tab mentions above having a premade tab would work there too.

But yeah the game looks in great shape right now and with the usually little tweaking and getting a nice player count this game is really amazing. You guys honestly should be very proud of what you've made so far with such a small team, it's a real great piece of software. I agree with Reapy except for the tutorial but that's because I haven't tried it yet.

He brings a good point of people on horseback being hard to tell which team they're on. What I'd suggest is either make the horses carry a flag on their back with the team color of the person riding it or make it so the saddle itself gets brightly coloured in the same fashion.

Something I failed to mention in my original post is that it's disappointing you can't see which perks a load carries. Which is a shame because you can't verify which perks the default loadouts have, since you're unable to make copies of these loadouts.

Honestly I didn't know the Raider loadout had the flesh wound perk until I played it.

Hey stranger! We can't stay away from these games can we? If I felt old playing m&b then I feel older now, how you feeling 10 years on? ;)