Horses are pretty unstoppable when paired with crouched weapons and half a brain. However, horses are pretty awkward to use for anything but spearing people with their backs turned. Trying to get around small dips in the map terrain, timing a jump over some small raised ground/fence or rock, and getting around small obstacles without getting stuck on them or walls. If you get caught in a corner, you're not really stuck by the enemies around you so much as by the awkwardness of maneuvering a horse. Sometimes I'll turn a horse meaning to turn a few degrees but turn a full 180 and still be stuck or something weird.

What if, in time, devs developed an AI for horses? Allowing horses to attempt jumping over short objects when sprinting directly into short objects. You can make a specific animation for jumping fences, similar to how players climb things... like approacing the feince and pressing jump activates it. What if this same AI gave horses the ability to sidestep thin obstacles... such as a fence post or gate, etc.

Horses also get butchered like retards when riderless, what if they tried running away from combat when attacked while riderless, adding to the chaos/unpredictabilty of melee. I'm not sure what can be done about the awkwardness when getting a horse near a wall but I'm sure there's a way to make riding a horse feel better, more accurate when turning and less clunky.

Maybe some of these ideas are not feasible or take away from balance somehow... but something to make horses feel alive would be nice. Currently they're mindless drones that run into walls, never turn how you want them to and sit idle while getting spam stabbed.

I hear horses are getting health regeneration removed and this is very welcome news... No more invincible crouched spear circuits around the map. But what if we got Benchmarked regeneration for horses? Lets say it's set to every 25 HP. What I mean is that a horse regenerates only up to the next benchmark, so a horse done 10 damage will regenerate to 100 HP but if if it takes 30 dmg it will only regen up to 75 hp. The next benchmark is 50 and then 25 etc. If that's too much 50 can be set to the max regen or something. So a horse keeps losing health and never regenerates until it's below 50 health and only regens up to 50 max health. I'm just worried naked horse will be useless for anything but archers and horse stealing will simply be good only for putting it in your spawn and denying the other team a horse.

Also, can we get maxed crouch time for a weapon to be like 5 seconds or something?

Definitely agree horses should run off when riderless and hit by something.

Not sure about them automatically jumping and things like that as it may lead to the horse doing things you didn't want it to. Although, 1 situation this may work well in could be if you are riding the horse slowly and it is heading for a wall, it would automatically turn to either side when it reaches the wall, instead of just stop. I feel this would be nice when you are looking around for the enemy, you don't have to keep turning the horse and getting it back to speed when it hits something.

Boy horses should get, umm, distracted when the other side has girl horses. For historical accuracy.

They should start by fixing the wierd behavior when around other horses or players. For some reason when chased by another horse your horse will want to turn by itself and often cause you to hit a wall and get killed.

@ÐMontyleGueux said:
They should start by fixing the wierd behavior when around other horses or players. For some reason when chased by another horse your horse will want to turn by itself and often cause you to hit a wall and get killed.

I thought that this only happens to me. I noticed it on grad_64. I can maneuver the horse normally when alone, but when enemies are close it gets unresponsive for some reason.

@ÐMontyleGueux said:
They should start by fixing the wierd behavior when around other horses or players. For some reason when chased by another horse your horse will want to turn by itself and often cause you to hit a wall and get killed.

I thought that this only happens to me. I noticed it on grad_64. I can maneuver the horse normally when alone, but when enemies are close it gets unresponsive for some reason.

Yeah I'm surrounded by people but I'm not actually trapped by the people so much as it's the horse feeling clunky and unresponsive that keeps me stuck.

horse AI could have several modes: 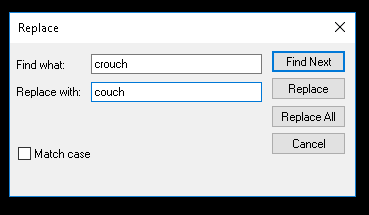 They should give the horse the ability to kick when prompted.

I think the devs should focus on horse testicles and their reaction to environmental conditions such as cold vs warm climates. Red Dead Redemption 2 offers an excellent example of horse AI. I would even say Far Cry 5 has some of the best animal AI to date, something the devs could learn a thing or two from. Horse are absolutely terrible and over powered. The horse AOE is unbelievable and the amount of kills a person can get with a horse is unholy. They can basically run in and take a whole line of people. A whole game can be done in 10 minutes because of horses being over powered. If the horse isn't nerfed, I don't think most people are going to keep playing this game just simply because of how unbalanced the gameplay is because of those horses.

Wow, someone is so butthurt they decided to necromancer a thread from February.
Get a spear in your life mate.