this game will be dead before it comes out :)

If they rush the game out for release as soon as possible, that most likely means that not enough effort will go into things that are critical for good first impressions. The progression system will be slapped together last minute, the tutorial won't be in-depth enough to properly prepare new players, the interface and loadout selection will be shitty, and overall the game will lack polish here and there that has gone unnoticed by alpha players but will seem like glaring problems to the new audience. New players will jump into a game, be chopped to be pieces by alpha veterans who've dropped anywhere between 400 and 1000 hours into this game, whine about it in a negative steam review, and nobody will ever touch it again. Sure, after a few months or even a year of cleaning things up it'll be an incredibly solid game - but first impressions are important for a game's long-term success. If YouTube/Twitch streamers get a hold of the game and aren't impressed, or even worse: find the game frustrating, then it's going to annihilate any hope the game has of being popular.

On a side-note: if they can get all of this shit ready before Q1 2019 is over, I will be immensely impressed. I've been looking at Mordhau recently, and while I think the devs are doing a fantastic job, I just don't see how it's possible to have this game ready for a big public release in the next few months. There's just too much stuff that needs to be done. Jax said that the release is between March and May. As much as I hate to say it, I have to agree. I'm unsure how much they can get done in the amount of time they have left.

They haven't said anything about player progression or a tutorial which are both incredibly important. The progression system in particular can be a catalyst for player retention and is something that worries me.. I hope they simply aren't talking about it and working quietly..

The thing is - I believe given enough time they would absolutely nail these things no problem, but we're looking at less than 6 months until they want to release and I just don't know if that's a long enough time-frame. I think a large number of players will be okay with the lack of/rushing of these features, but the other side of that is there are a lot of players that will drop the game without these features present or fully fleshed out.

@RedHEAD said:
Jax said that the release is between March and May.

They could seek out wealthy individuals who want to invest in this shit. There are very passionate people out there who are basically just crazy, like our own God Emperor, Donald Trump, who would be willing to invest thousands of dollars just to be able to play the game one day, make them a special "you made this game better" sword or something.

Am I the only one who thinks they'll simply renege on their promise not to go the early access route?

Crush at least is still very much against early access

On a real note though, we don't exactly know when we will end up wrapping things up for release - that's just the nature of game development - so the dates we give are only estimations at this point. In the dev blog I stated early 2019 - maybe it's Q1, maybe it's a month into Q2 or so, we're not exactly sure. Obviously, we'll be announcing a release date once we've got the vast majority of the work done, but when we're still tackling some of the major content needed we aren't able to be more specific. 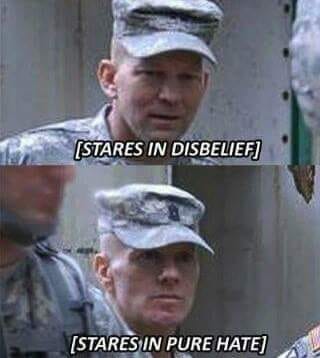