Releasing a "quick patch" to tide us over

Why don't the devs release a quick patch?
Well, I assume that if it was as easy as waving a wand, our top lad Crush would have already taken care of it. The first and most important thing to consider is the priorities of the developers. They've got to prepare the game for a somewhat polished public release, and they're aiming to do so within the next 6 months. New maps, front-line, animations, interface, matchmaking, progression, optimization, and so much more. For the time being, fine-tuning and balancing the melee gameplay so that the tiny alpha community is satisfied is probably low on the priority list. Then we've got to consider how much effort it would take to release a quick-fix patch.

In fact there's a good possibility that if they push out a quick update, which is far from perfect and only really meant to be a temporary bandaid, it will no doubt come with its very own set of problems. Perhaps it ends up being even less-playable than what we had before, and ultimately just a waste of the developers' already very-limited time. Even if it ends up working out nicely, there's the possibility that it won't be enough to keep the player-base satisfied for long. It could be less than a week before players are already wondering when there next quick-fix will be, especially since the tweaks could potentially create an unforeseen balancing issue that calls for another patch.

Is releasing a quick patch important?
The main issue with such long periods between patches is that it temporarily nukes the playerbase, turning the game into a ghost town until the next patch. For the small pool of alpha players, it's not a big deal, but if this continues after the game is released it could be a real problem. It would be disastrous to allow the post-release playerbase sit on a broken patch for several months, things like that could really hurt the game's future. If the patch itself doesn't do it, the negativity from the community will. I've already seen it happen: the veterans whining and complaining in chat about how the current patch is shitty and broken, and it really gives the newer players (beta/earlybird wave) a bad impression of the game. Combine that negativity with a long wait for the next patch, and you've got an uninstall.

In Alpha #16, we endured the kick-stun nonsense for 116 days. With Alpha #17 we're beginning to see a repeat of that: 53 days so far. Of course you could just temporarily stop playing and patiently await the next patch: in fact most people do (self-included). However a few very small updates between each big patch could breath some life back into the game. It doesn't have to be much, just a quick patch to hammer out a few kinks; whet the appetites. For the current version, that would mostly mean toning down stab release times, and making shields less impenetrable. It could be as simple as narrowing down the top 3 complaints and spending a few hours to push an update.

Is it true that players actually become mentally-retarded after prolonged exposure to the same patch for several months? 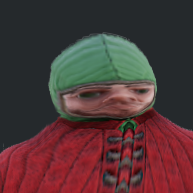 I don't get why they don't make simple changes to the shit that is blatantly broken, like the stabs in this patch and the super lenient new parry boxes. It's impossible to balance these kinds of things with 100 days between each patch.

Just make small balance updates every now and then, because it's been over a year and the combat is still in a pretty bad state.

We would have done a patch sooner, but have been dealing with issues stemming from upgrading Unreal Engine from 4.18 to 4.20, which shipped with lots of showstoppers and we've had to backport fixes from 4.21 to our branch. This wasn't expected, but it can unfortunately happen, and we had to upgrade because certain parts of the engine we needed (e.g. hierarchical LOD) were not really workable in their state at the time. The main culprit are the maps, which required lighting rebakes as well as HLOD regeneration, our 3rd party LOD system went bust in the transition to 4.20, and we've had to replace that too.

Regardless, we could still ship a patch on the current version and backport fixes, but this takes time out of development, and during alpha is not deemed critical enough to warrant spending time on it when we have more pressing matters to fix. Once the game is released, however, this would of course be different, and leaving the game in such a state wouldn't really be an option. We would also have a 2-tiered update system, where the update would first be in the testing branch on Steam.

This doesn't mean the entire team spent all this time twiddling their thumbs, but it did present a setback. What you can expect as the main meat in the next patch are lots of performance optimizations for client and server, which should hopefully allow us to start testing playercounts of up to 64p and we'll be starting these with a large TDM map (likely on a more expanded Grad). There's also a pass done on the most important sounds, since those have been largely left alone for longer than a year and were due to some redesigns. Of course mixed with all kinds of other misc stuff and gameplay/meta changes. There's other stuff as well, a lot of work is not shipping with the next patch since it's not ready yet e.g. Frontline, new equipment, but has had lots of work done on it.

Thanks for the quick reply Marox.

@marox said:
this takes time out of development
alpha is not deemed critical enough to warrant spending time on it

Once the game is released, however, this would of course be different, and leaving the game in such a state wouldn't really be an option.

Glad to hear that.

This doesn't mean the entire team spent all this time twiddling their thumbs, but it did present a setback.

Truthfully I'd never think that was the case, because the development of this game seems lightning fast to me. I'm genuinely impressed with how much the team has gotten done this year. So no spooky update :(

@EvilSuD said:
So no spooky update :(

I was wondering about this, isn't the spooky update super easy to do??

Game will never be perfect and people will complain that it is broken for the entirety of its lifespan. That won't turn the game into a ghost town.

Chiv is broken as shit and still has 1k+ concurrent player base. Why? Content and variety of players + bigger lobbies. Mordhau alpha playerbase does not have the numbers and the game doesn't have the meat of the game yet (frontline) It's boring as shit dueling the same 10 people all day every day. It's boring as shit 2v2ing 3v3ing the same 2 or 3 groups of people all day every day.

Release will not be a ghost town, and I suspect even the shittier patches will still have loads of people playing.

To caveat off of what marox said, rebuilding map lighting takes the guys about a full day/night to do, it's incredibly time intensive and requires us to pretty much leave the map as it is - change something else on a map and we have to rebuild the lighting again, from what I understand.

So not only did we have to get the new unreal version functional and fix a lot of bugs, we have to optimize a bunch of stuff and then after all of that is set and done, spend a ton of time baking said lighting.

Another point - while we're not saying that we don't care about the alpha playerbase, we have to work as efficiently as possible to get the game finished. Sometimes this means that instead of focusing on "fix stabbie" we have to focus on the long-term goals for release, such as getting more interaction systems in for FL, etc. We've internally discussed the patch release cycle, and we're definitely trying to push out smaller, more gameplay oriented patches to help improve the meta and also reduce the frustration that can come along with some mechanics not functioning as intended. That being said, the game is still in development, so we're focusing more on overall development as opposed to ensuring the player experience is 100% perfect. Of course, after release we're going to 'switch gears' and make sure that the community gets timely updates for any issues that arise.

@Jax said:
So not only did we have to get the new unreal version functional and fix a lot of bugs

We should stop updating the game and embrace the yeet within

@Jax said:
Sometimes this means that instead of focusing on "fix stabbie" we have to focus on the long-term goals for release

"For the time being, fine-tuning and balancing the melee gameplay so that the tiny alpha community is satisfied is probably low on the priority list."

@idiotgod said:
"For the time being, fine-tuning and balancing the melee gameplay so that the tiny alpha community is satisfied is probably low on the priority list."

Why? Man, we don't even have the main game mode, neither the maps. @idiotgod said:
"For the time being, fine-tuning and balancing the melee gameplay so that the tiny alpha community is satisfied is probably low on the priority list."

Why? Man, we don't even have the main game mode, neither the maps.

He simply forgot the add "to me" on the end of his statement, that's all