A Psychological Study: 91 Days Without a Patch 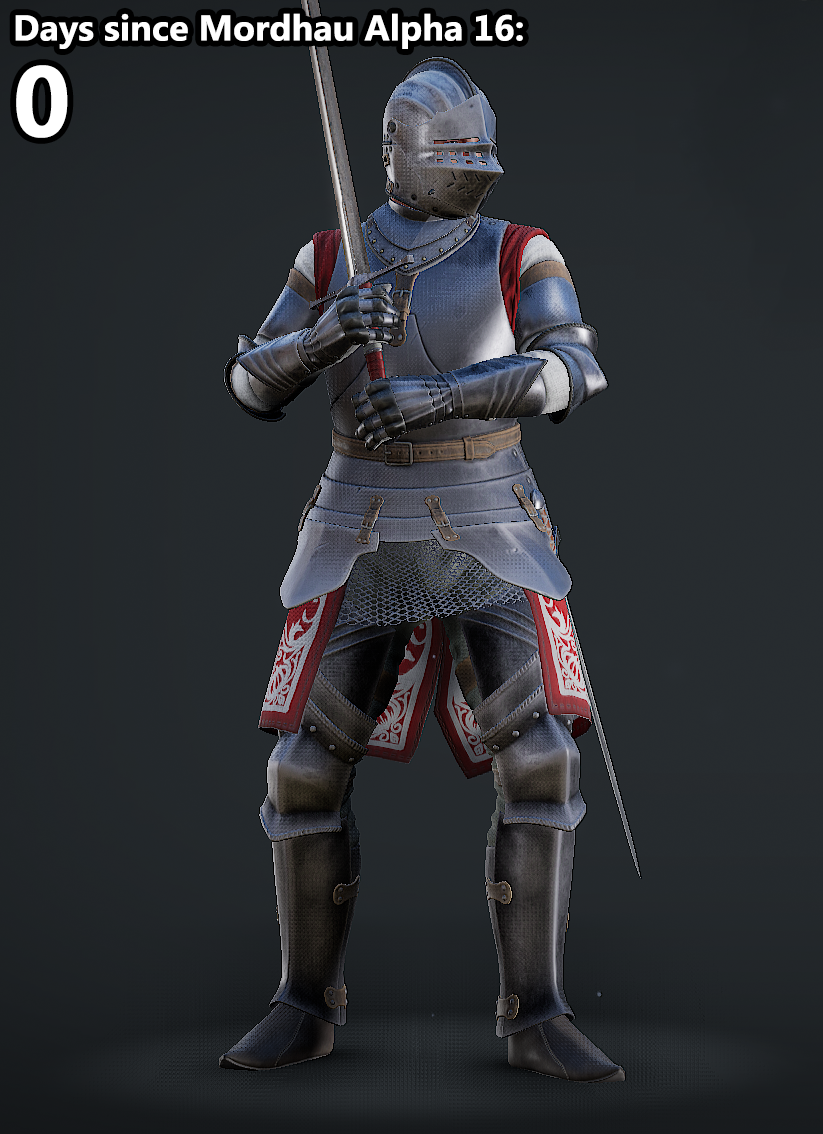 I've been doing some psychological research on the Mordhau player-base because I wanted to find out, can going too long without a patch be a direct cause for mental-degradation in the player? 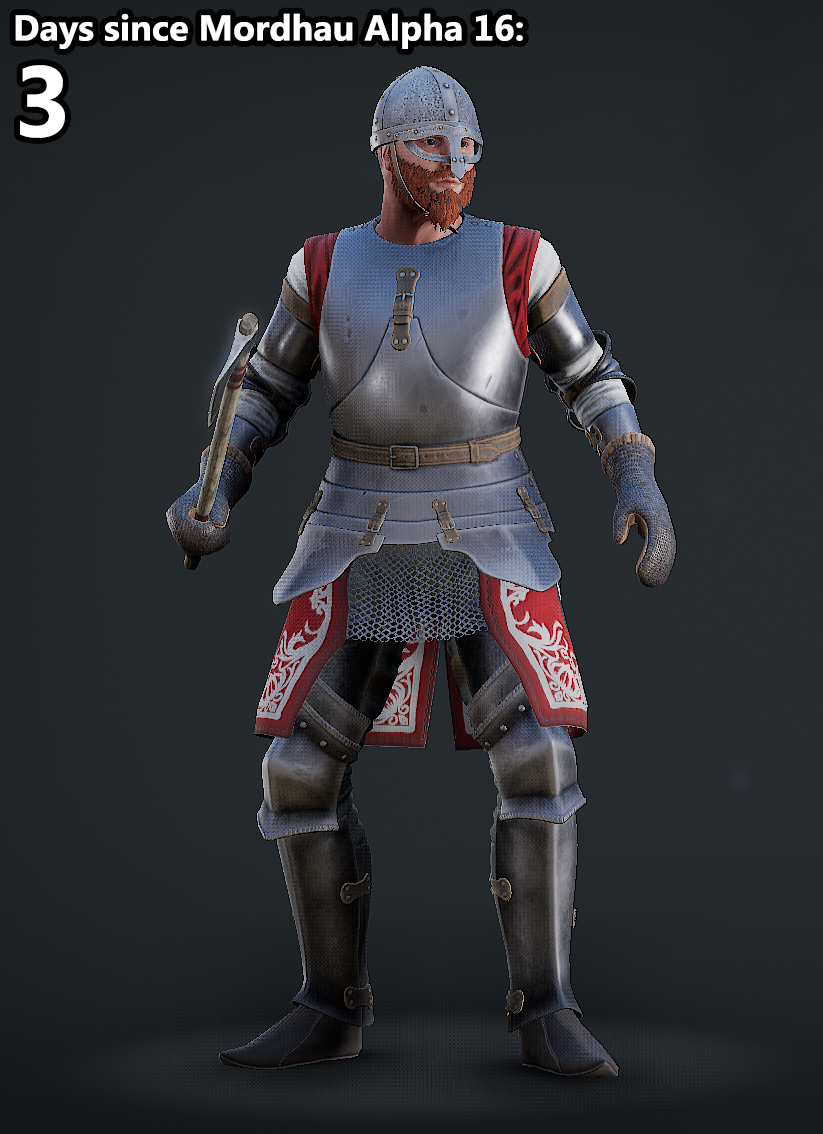 It first started several months ago, about 10 days after Patch 16 had released. Despite people enjoying themselves and lauding it as one of the best patches to date, I noticed something peculiar: the players themselves had already shown signs of intellectual-deterioration. Players began to equip stupider-looking armor, using shittier weapons, and saying things like "yeet" more often: a phrase which is closely associated with mental retardation, and has literally no meaning.

However it wasn't until after week three, the first 21 days, that I could absolutely confirm my theory with hard evidence. Provided are images I've created to illustrate the visual changes that can be seen in the Mordhau community as they continue to go several weeks without any new content. 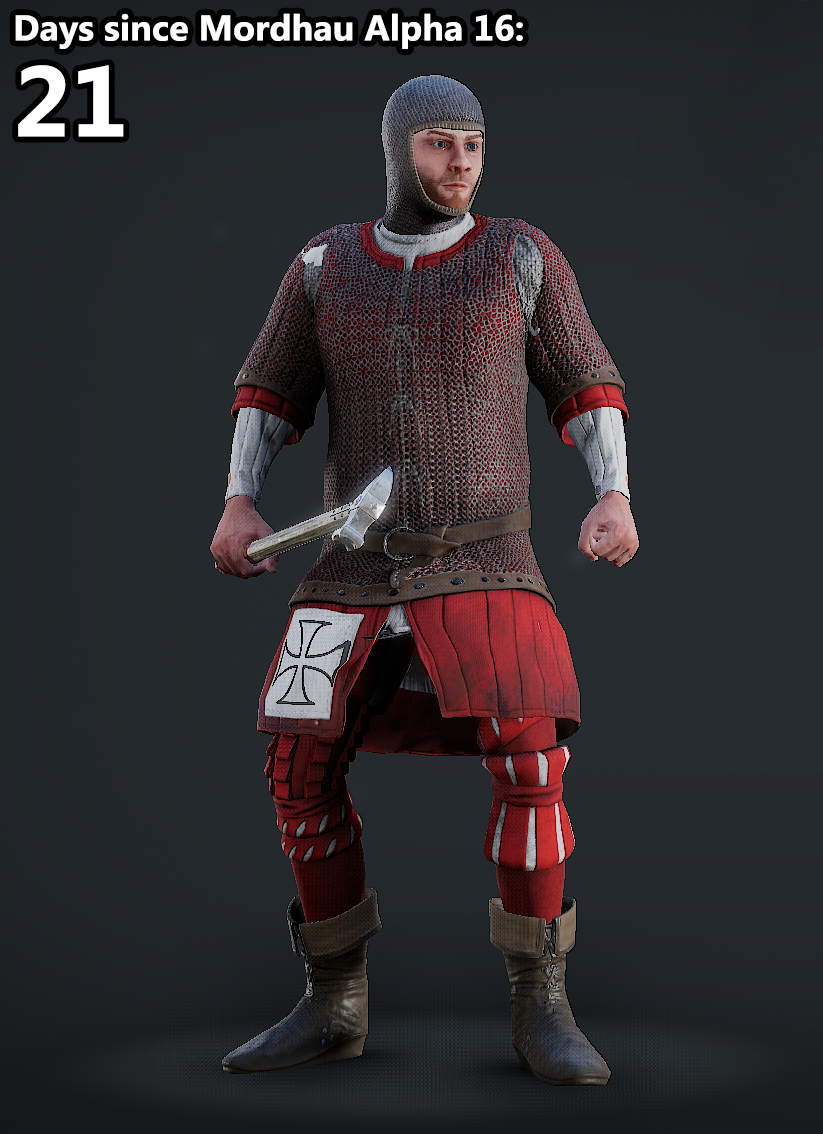 By Day 30, which I call "The point of no return" for the purposes of this study, I began to realize that there could indeed be a direct link between Alpha 17 not being here yet and a loss of brain functionality. Not only visually, but their behavior has devolved as well. Smoke Pot usage has increased 317%. Players are roleplaying as pseudo-archers and using throwing axes as their primary weapon. More and more players are equipping themselves with wooden hammers and wearing the padded coif.

I can also conclude that roleplaying is a major contribution towards this gradual loss of cognitive function, as depicted below. 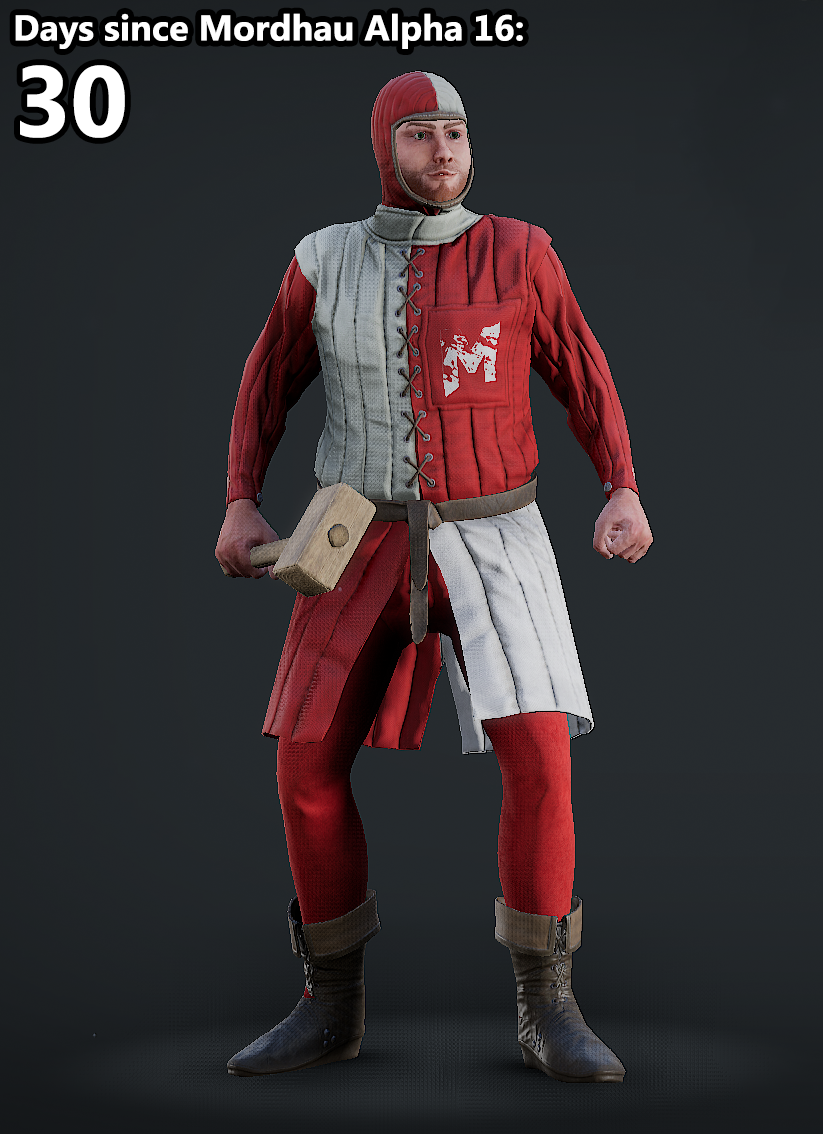 Since recently hitting the 3 month mark, we have reached levels of cerebral functions that were deranged and completely subhuman. I fear that unless Alpha 17 is released soon, the brain damage could be permanent. I don't want to imagine what the player-base will be like there's still no patch after day 100... but I'm afraid that soon that could very well could be the case.

The horrifying creature you see below is what I like to call "a tomato". Once a human, but now something lesser. 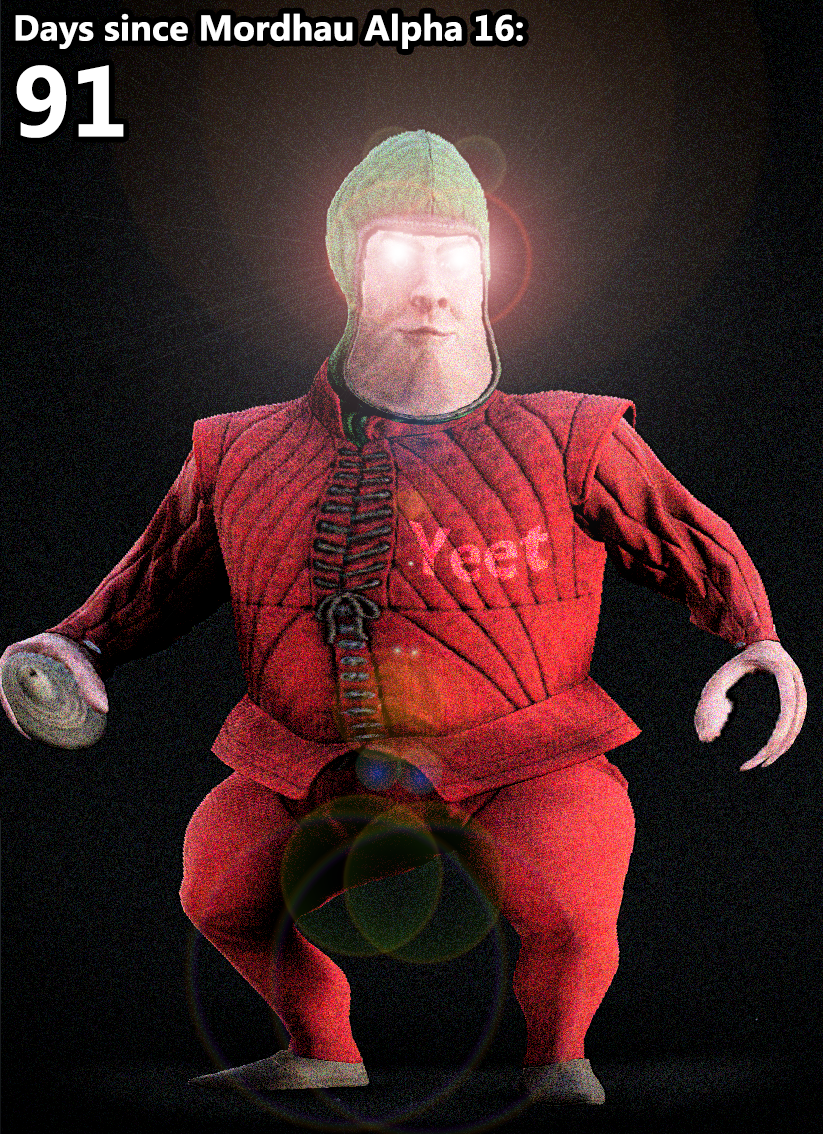 I will continue to record my findings and hope that I can find a way to slow the mental-degradation with or without a patch: possibly a vaccine. Although I've heard vaccines cause autism, so that may be counter intuitive. If you want to avoid becoming a tomato, I recommend you stick to longsword and 3/3/3 and never use smoke pots (the tomatoes seem to call them "vapes" for some reason).

I hope this has been an informative and educational post.

Here is a timeline graph. 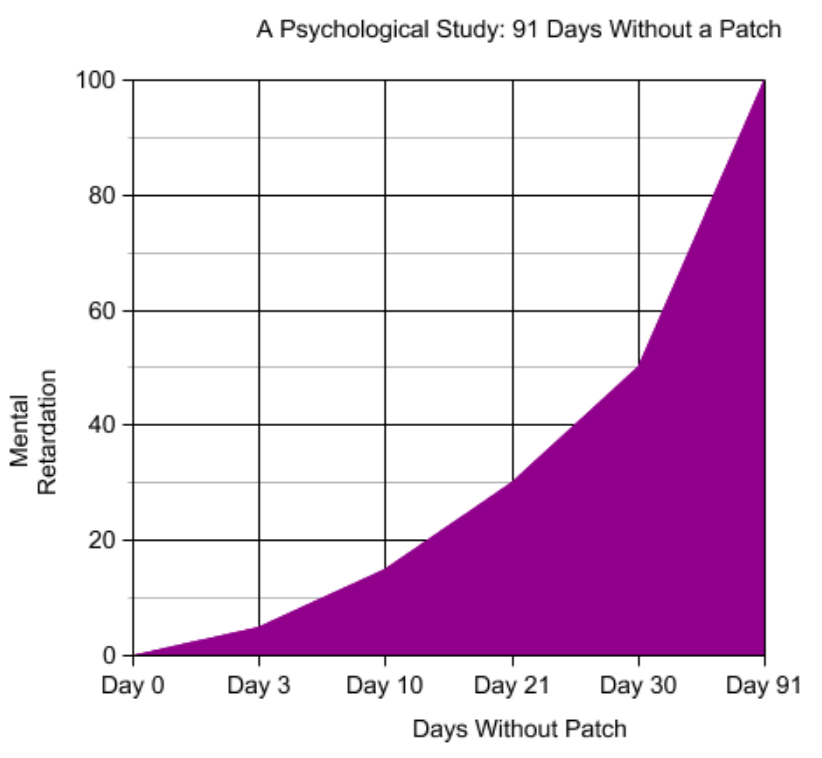 Day 100 is upon us. I fear the end is near. The tomato uprising is upon us. 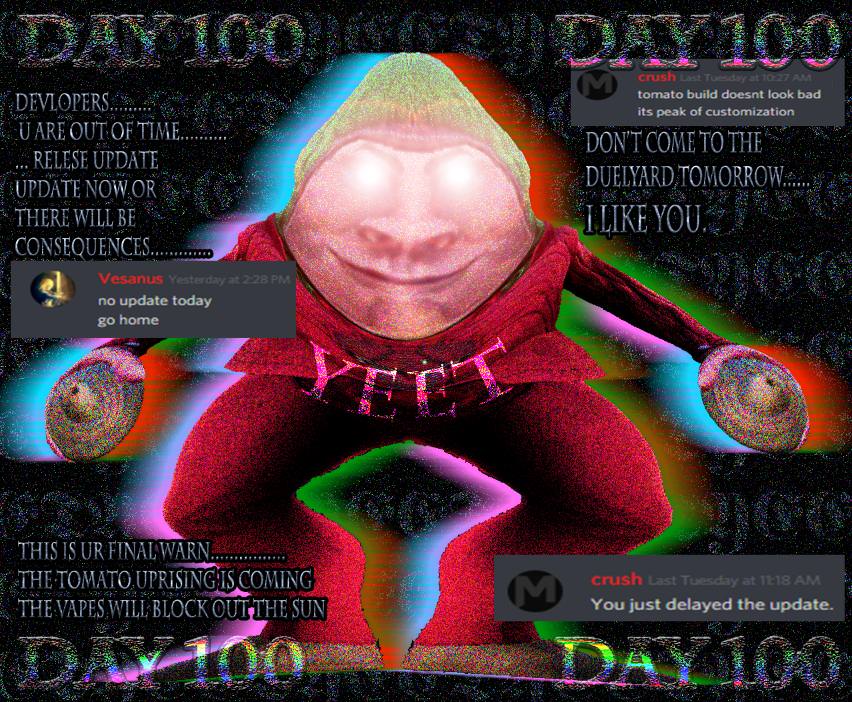 Do you ever wonder if an admin sometimes just says "This topic has been moved." and yet did not move it at all?

They could simply say it and we would assume it was but... How would we even know? I trust Gauntlet wouldn't do that but I'm not sure about the other admins...

last picture is proof that customization is too limiting

Edit: Proof that it was made before this post

you deserve a medal

@ℬℴℬ said:
you deserve a medal

Edit: Proof that it was made before this post

Nice cameltoe. And the devs said there wasn't a female option yet

This is my father 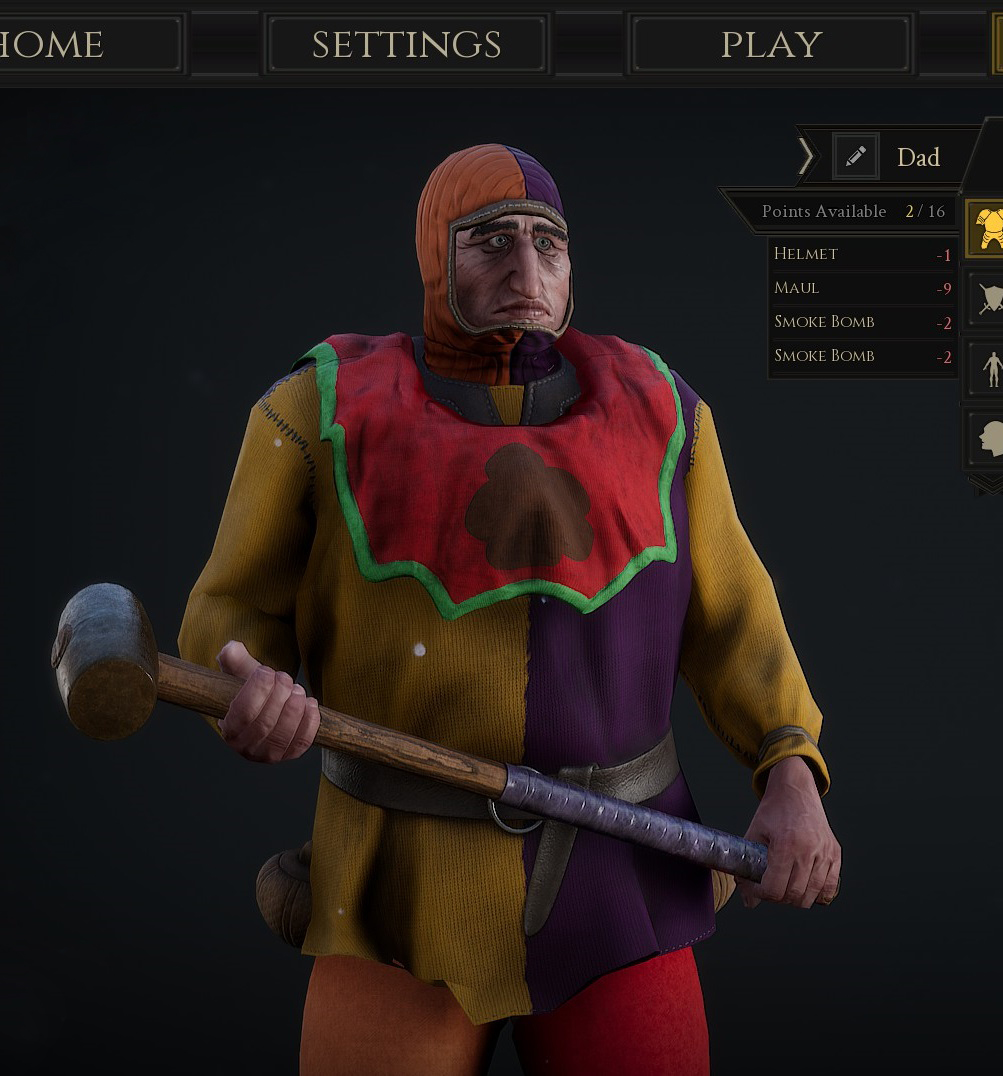 Hey I was mentally retarded long before this shit. 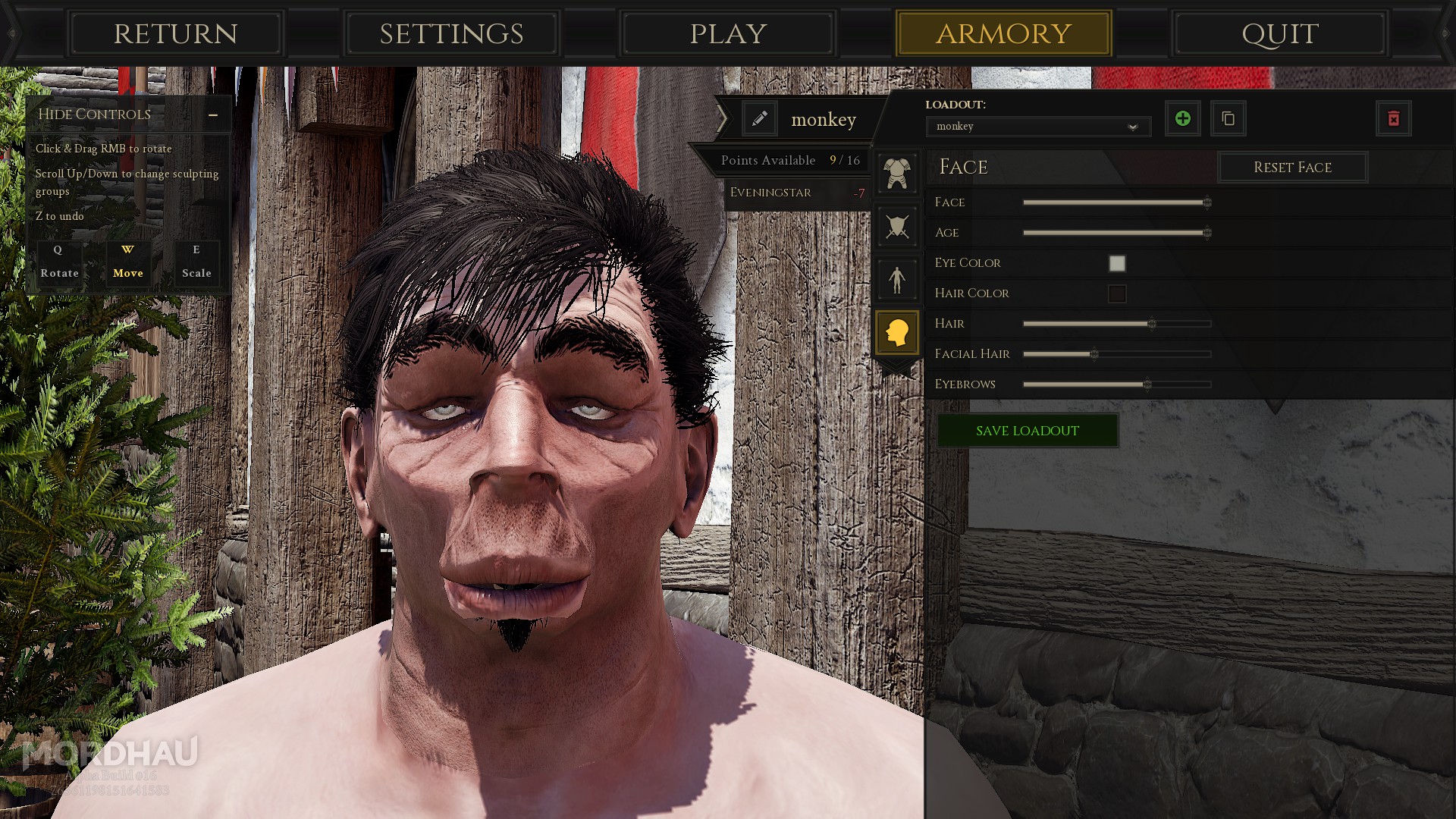