I need to know.

I think that currently Mirage is the better game

I think some of you regular shits are near-decent people. I actually have cancer

i am a mordhau forumer

@Bodkin said:
I actually have cancer

@TheDankestMeme
i am a mordhau forumer

i m secretely in love with kim jong un

I only come to the forums to farm likes and occasionally monitor Whisper's faggotry.

I’ve taken a break from Mordhau because Super Smash Brothers Melee is just so good.

I stole nearly one thousand dollars and didn't even realize it.

@Punzybobo said:
I stole nearly one thousand dollars and didn't even realize it.

didn’t even realize it 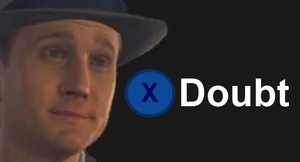 @Punzybobo said:
I stole nearly one thousand dollars and didn't even realize it.

didn’t even realize it

well i never claimed to be a genius

The Souls franchise is easily the most overrated franchise in the last decade. Games are horrible. Really not much RPG about it, it's super linear and repetetive. The fighting system is clunky and unresponsive, and while still better than Skyrim, it is laughable when compared to titles like Mordhau or Chivalry. It is not hard in a way that the game actually has intelligent Ai or requires planning in any way, what makes it "hard" is again, the clunky combat and the bosses that rely on pattern learning instead of reaction time. Despite this cheesy approach, bosses are still pretty much the same across the board. You just roll arround until they are in their "vulnurable" phase, and then attack the shit out of them until they start swinging again. Repeat that for some minutes and you've got all your bossfights in a nutshell. And that's it, that's the game. Normal enemies are really just boring trash that are just there for the sake of being there. They serve no purpose other than giving the player the illusion of an actual game that doesn't just consist of repetetive bosses. Aside of that, the franchise milking is real. All Souls games are pretty much the same. Merely a reskin of one another, with somewhat updated graphics and new bosses that still behave exactly like in the part before that. They play the same otherwise. The whole franchise really is targeted towards children that heard stories about "hard games" from their older siblings / parents. They want to be part of that aswell but fail to realize that games back then weren't hard for the sake of being hard while relying on cheesy tactics to achieve that, instead they were hard because they required planning, thinking, had smart Ai and required reaction time and timing instead of solely relying on pattern learning.

According to my genetic profile I'm less than 0.01 percent Jewish