Excellent work, looking forward to test it out.

Truly impressed by the willingness you guys show to at least try and test new things.

I don't know if the acceleration/body bending improvements will stay in the final game, but the fact that you guys are willing to try, makes me believe that however this final product turns out, it's likely going to be great. Every changelog seems to have this "removed herobrine" type of running gag, only this time the bots are "afraid of heights". 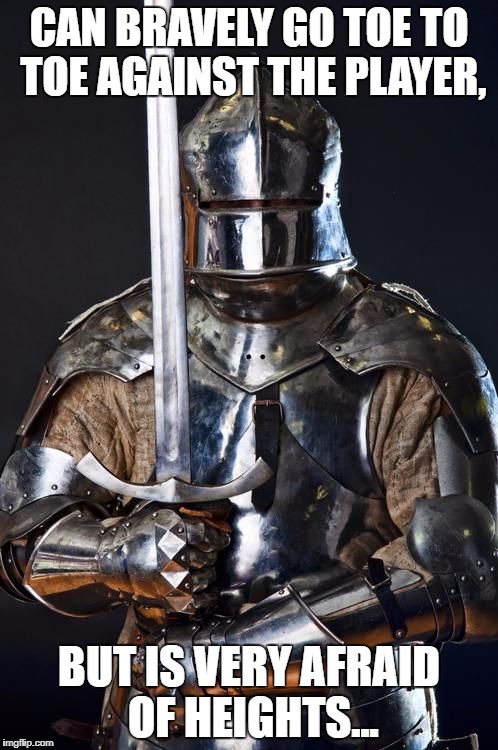 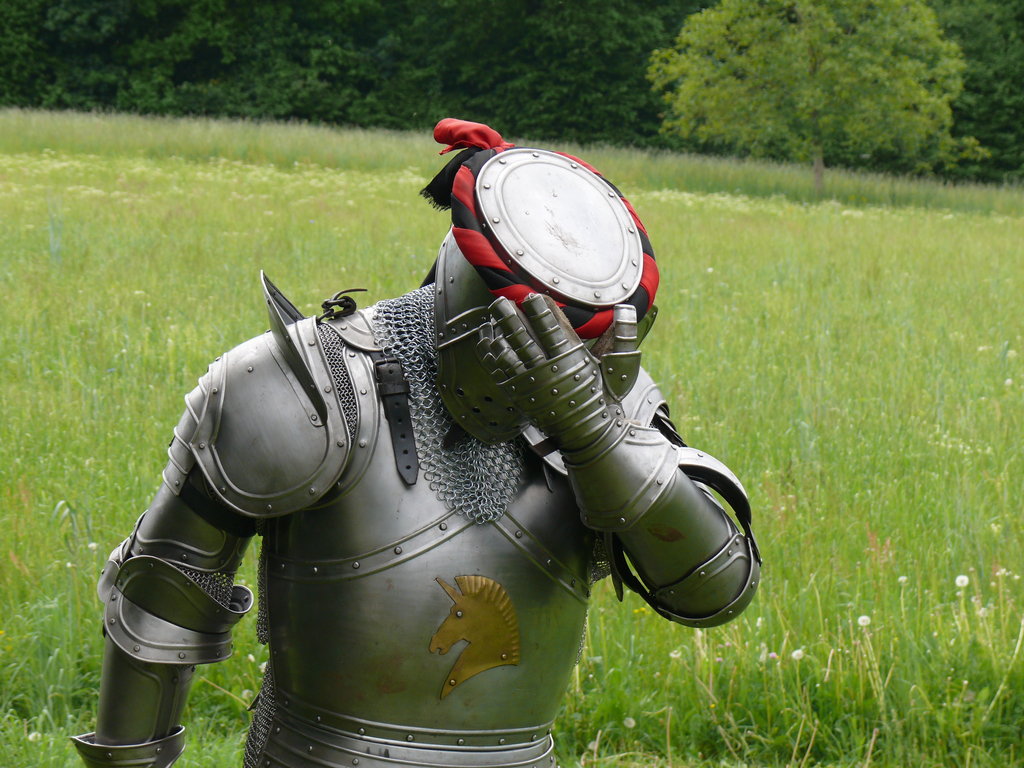 It refers to a pathfinding issue where bots refuse to fall any distance to get from point a to point b. It's not a joke.

The right hand clips the eveningstar's head. Also wtf are these colour options?
Cool update though. 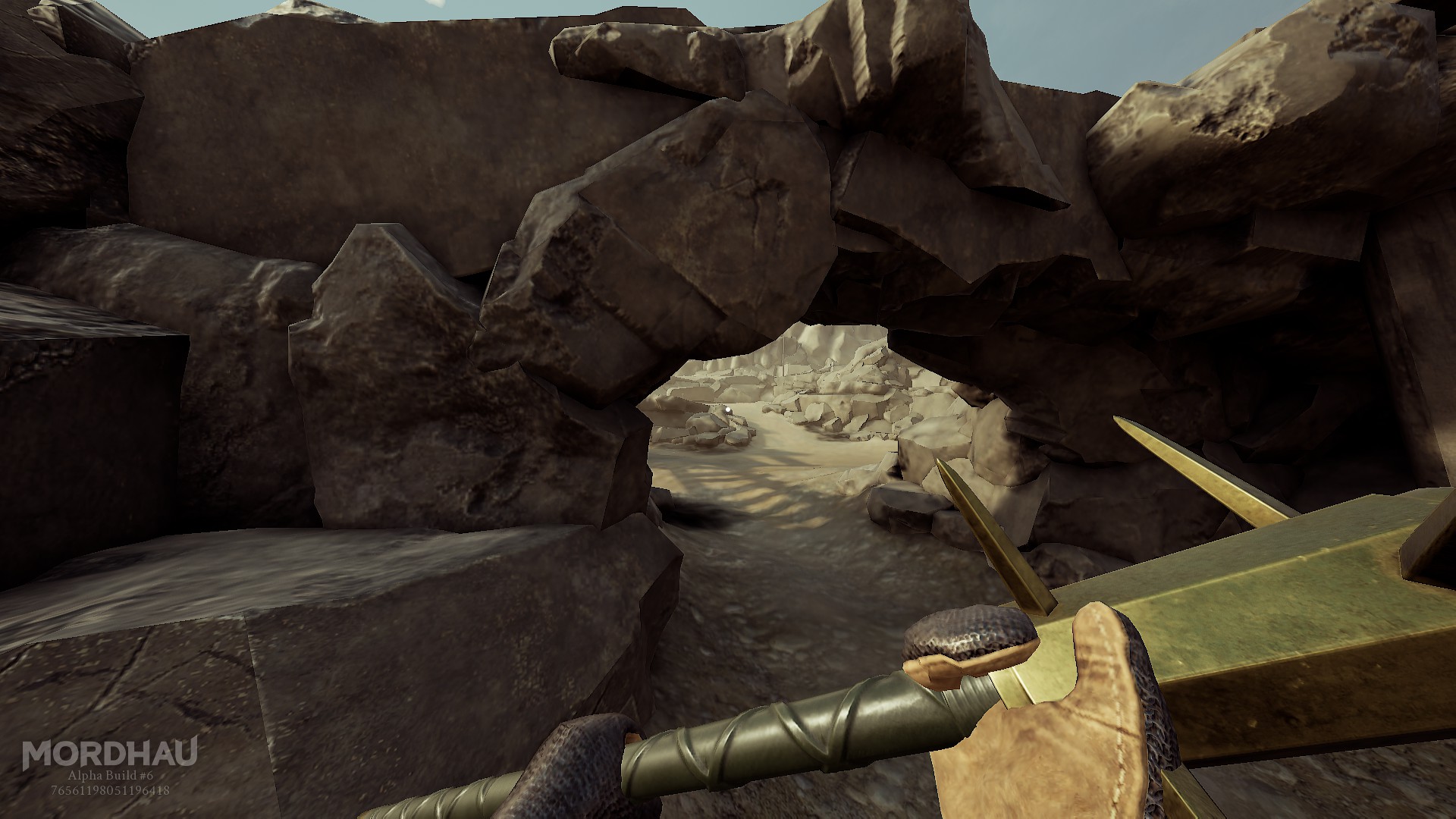 What inconsistent mechanics? Backpedaling is a necessary unless you want a cancerous face-hug meta, the kicks are being constantly tweaked, and the "vanguard weapon meta" will be addressed when the perk system comes into place.

The game doesn't reward "lame", it's just that whiny idiots lose to basic drags and feints and break down thinking that the actual serious meta is like that.

The game doesn't reward "lame", it's just that whiny idiots lose to basic drags and feints and break down thinking that the actual serious meta is like that.

Don't strawman me - I have no problem with feints and drags. Active parry is inconsistent and starts only where your parry starts - you can't turn it towards an oncoming attack and block it, assuming it even goes off. Also, since active parry is only a cone in front of you, teamfighting is no longer about being a parry/riposte bot but about being a backpedal halberd player. Facehugging can be mitigated with fluid movement and knockback - which the game is lacking atm.

Edit: The skillgap in chivalry was centered around teamfighting and isn't as high in mordhau as I'd like it to be. In chivalry, if I die in a 1vX situation, I immediately recognize what I could've done better/differently. In mordhau, once I'm surrounded, there's hardly anything I can do.

Seems like a good update but it's still possible to Morph without any Stamina...

2. Active parry inconsistency:
Totally agree here - active parry doesn't work like it should, and feels hit-or-miss when trying to fight with or against it. In theory, you could be in a 3v1 with all your enemies in front of you, and use a stab chamber morphed into a strike to block all three enemies' attacks and hit one of them. Doesn't really function reliably at the moment, but in time I think they'll polish it up.
Fix: rework the underlying systems of active parry attacks, and add better audiovisual queues.

3. Kick cheese / backpedal cheese
Ties back into a few things, most notably each other and the armor/equipment biases that are currently possible. A player with light armor should be able to avoid aggressive kickers wearing heavy, while someone who's wearing heavy and fighting an aggressive kicker in light armor (IMO) should need to counter kicks with clashes or reading/prediction + punishes. I think having less mobility shouldn't just affect how quickly you move, but also what techniques are more effective.
Backpedal got a little buff and I think that's good, since in a Xv1 fight you're usually stuck in between a mosh of enemies who are taking turns hitting and kicking you (quickly) to death. With better mobility and being able to manage distance better, you won't see as much facehug. I see lot of people (even at higher skill levels, much better than me) who aren't used to managing range - in CMW it's pretty much in range or out of reach - in Mordhau it's a lot more nuanced IMO. When you combine a currently popular playstyle of facehugging with less ability to get out of range, that's where kicks become overly important - since you're in kick range way more than you should be.
Fix: continued tweaking of kicks and mobility (once the loadout system is in place).

The 25ms change on spear thrusts is exactly what it needed.

The 100ms faster combo is too much and will probably be completely removed.

Oh my god Jax, they buffed matrixing. This is very exciting. We must train harder.

How the hell did people even find that?

The 25ms change was much needed for the spear's thrusts.
The combo speed increase however, crushed and I both agree, it was too much.
You're probably getting dunked on by the memespeed combos.

As it stands however, I feel the spear thrusts are in a pretty good spot after this buff.
Can't really say much as to how further buffs of this nature would affect balance, but right now they do not feel needed.