All of my cosmetics are gone, and my level randomly dropped by more than 10. Not a single cosmetic item is working now, I am stuck in default armor with default weapon skins.
Please help. There is infantry desync, similar to horse desync:

Second hit goes right through the guy, really looks like it should have registered. But it was a bit of a big drag, so maybe it is excusable? 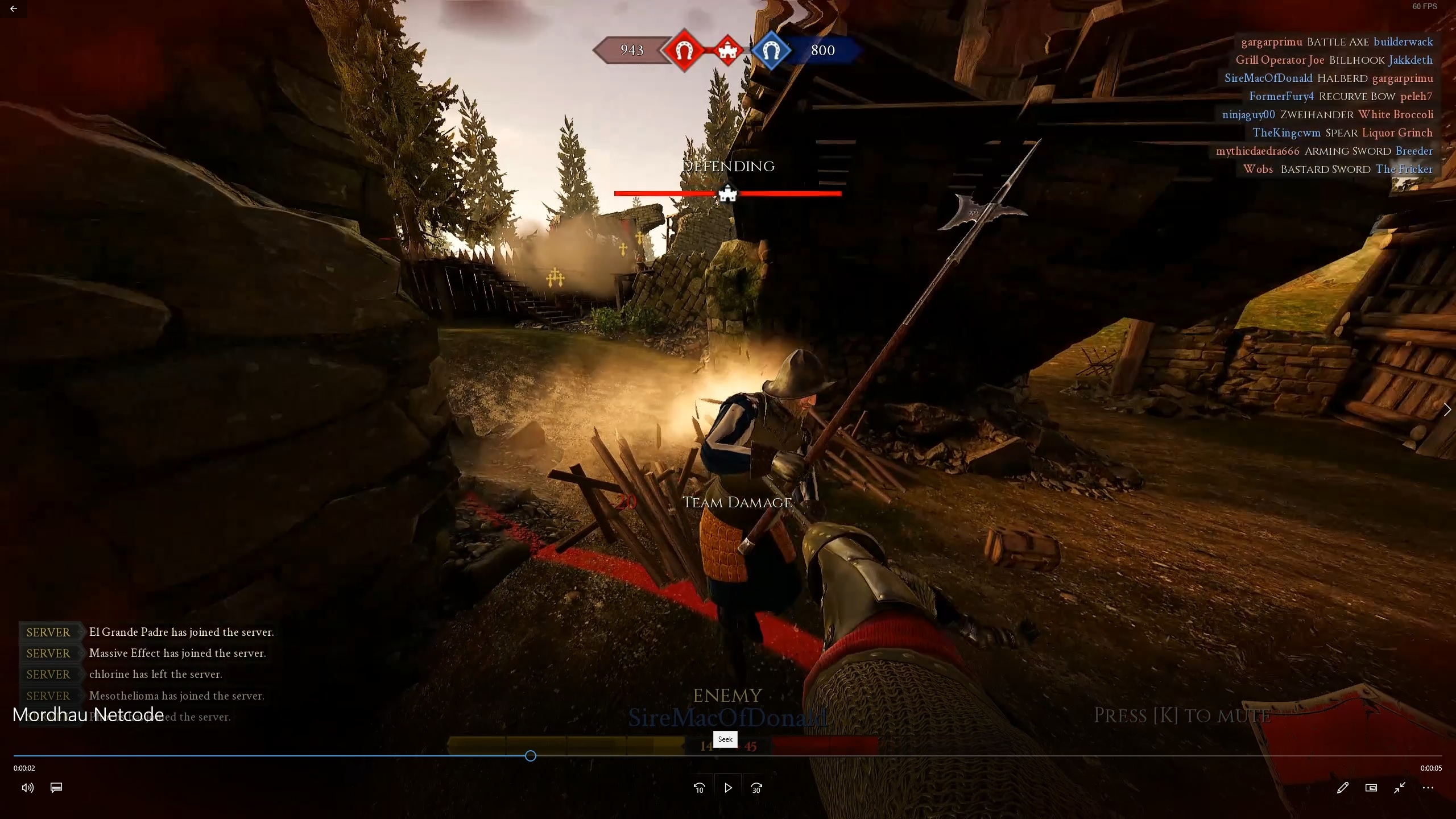 Fourth hit was a more normal drag and was pretty head on. Accuracy was obvious in the video, chose this frame to prove it was in-range. 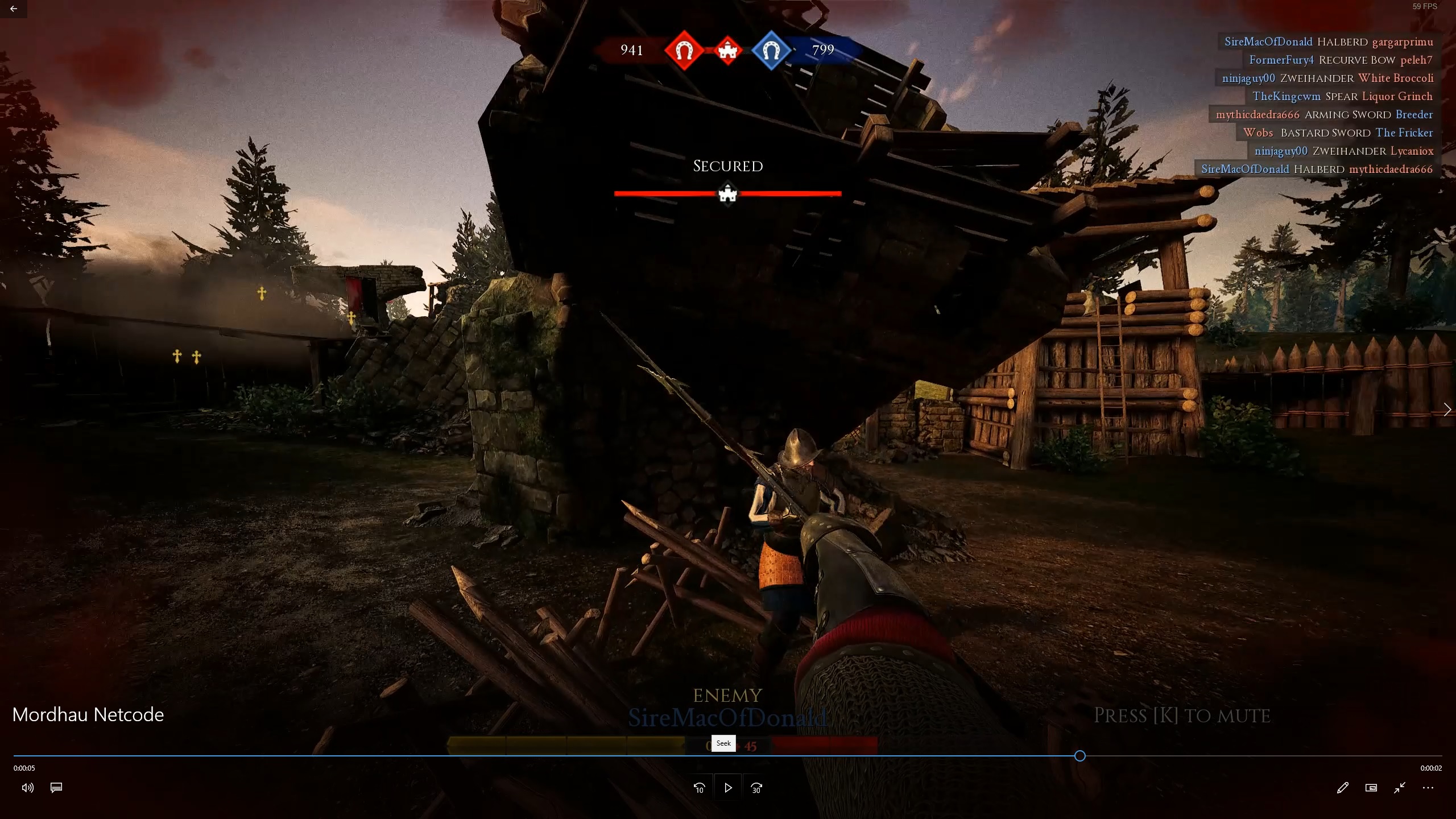 @Morger said:
Progression -
I'm not the first to talk about this, but I haven't seen anyone post a whole lot of detail about their situation, so here's a really detailed account of mine. Maybe you can compare it to yours or have some insight.

I was level 65 until about a week ago when I noticed my level fluctuating while playing; every match it would display a different level in the scoreboard, but in the menu it still displayed 65.

It started in the 30's and jumped to 51, which is the point that it started displaying the incorrect level in the main menu as well. I also leveled at this point, which the game told me was a 'level up' to 52 instead of 66. The same happened for levels 53 and 54, instead of 67 and 68.

I've had the visual bug before, where it shows a different level in the scoreboard, but it never effected the display in the main menu or the XP. It also went away the same day, unlike this issue; It's been 5 days and it's looking like I'll just have to get used to it.

As the picture above shows, I still have access to the locked 65 banner even though it displays a 54.

I also should note that on rare occasions, the scoreboard will display me in the 60's again- but at 63 or 62, and it will still say I'm in the 50's in the main menu. After a match of that, the display in scoreboard will go back to the 50's.

Another note is that at the moment that my level was locked at 51, I was also partied up with someone that was level 51- I don't know if there's correlation, but it's something.

At the time, I also had the Frankensteiner mod installed, but I had never heard of it causing issues before. In no other way have I altered any files.

I've already verified my files, done a full reinstall, and checked on multiple computers; No dice, it displays the wrong values no matter what.

I'm more worried about not getting unlocks than not showing the right level, but It's possible that it's still only a visual bug and that I can still unlock things on-time instead of having to redo my old levels. I'll find out soon. (edit: I did. You won't unlock things on time.)

It's scary to think that at any time while you're playing you can lose substantial progress and there's nothing you can do about it.

Does anybody know anything about this stuff? Has this happened to you before? Were the circumstances similar?

Same thing happened to me as well. I was level 62, and after a couple of games I was suddenly level 48. My xp went down and everything. I spoke to two of the developers of discord and both said it was a visual bug, it will go away eventually, and they also said restart steam and update the game cache, and that didn't work either. It's sad if it's stuck like this because I was so close to the black armour :( I also noticed this. I’m wearing a Landsknecht hat and pants that open at level 22, but it shows here that I’m the 18th 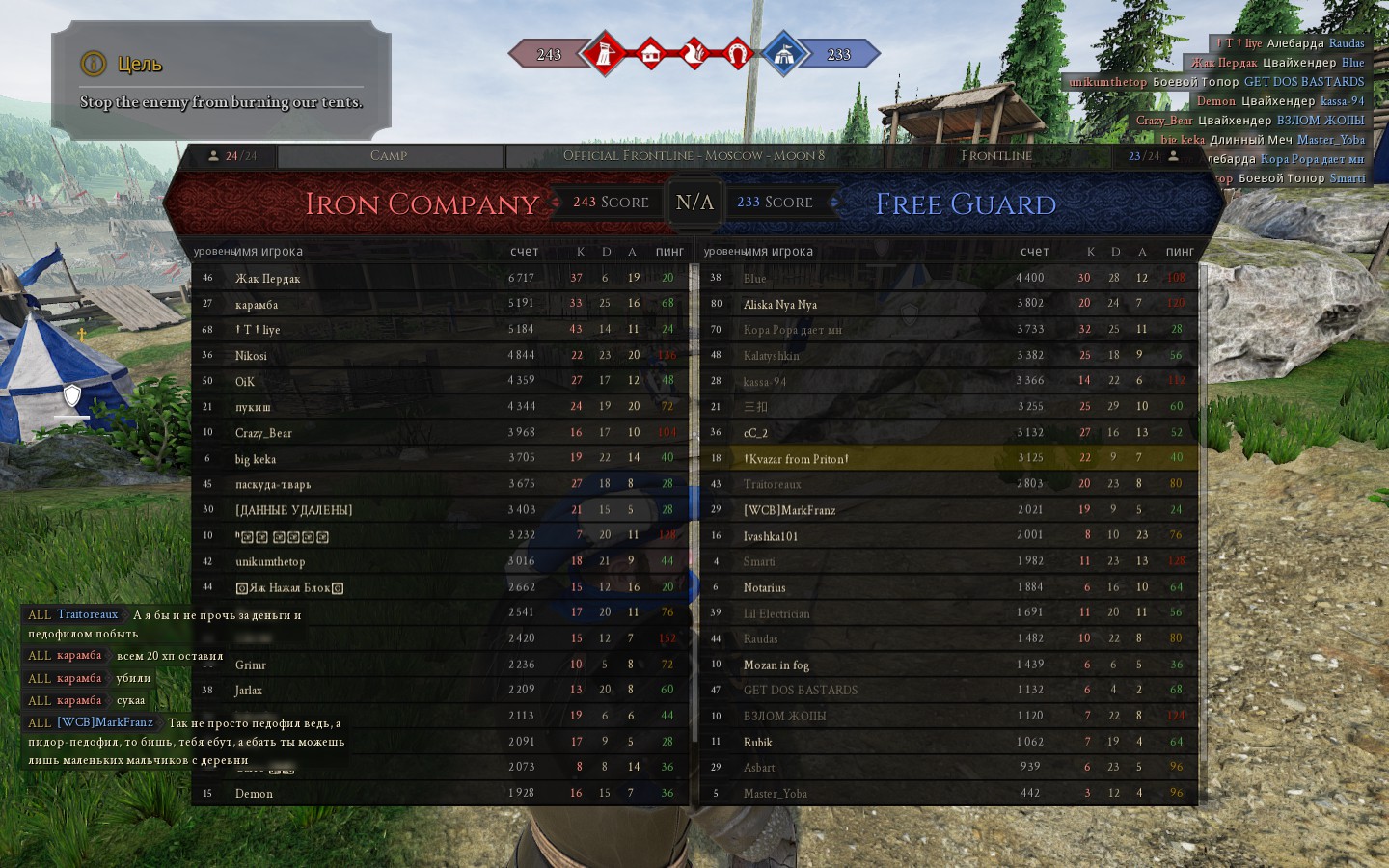 Same problem with my level as with dudes above me. In some servers menus sometimes scoreboard showd my level incorrect much lower than it realy was. Then one day my level showd as 50 when it was 65 and when i left the server i saw exact same number in the players menu. And it seems xp needed to gain new level did not change only nubers of level and all the exp i got. Still keept all the stuff from levels A place on Grad map where character can stuck: 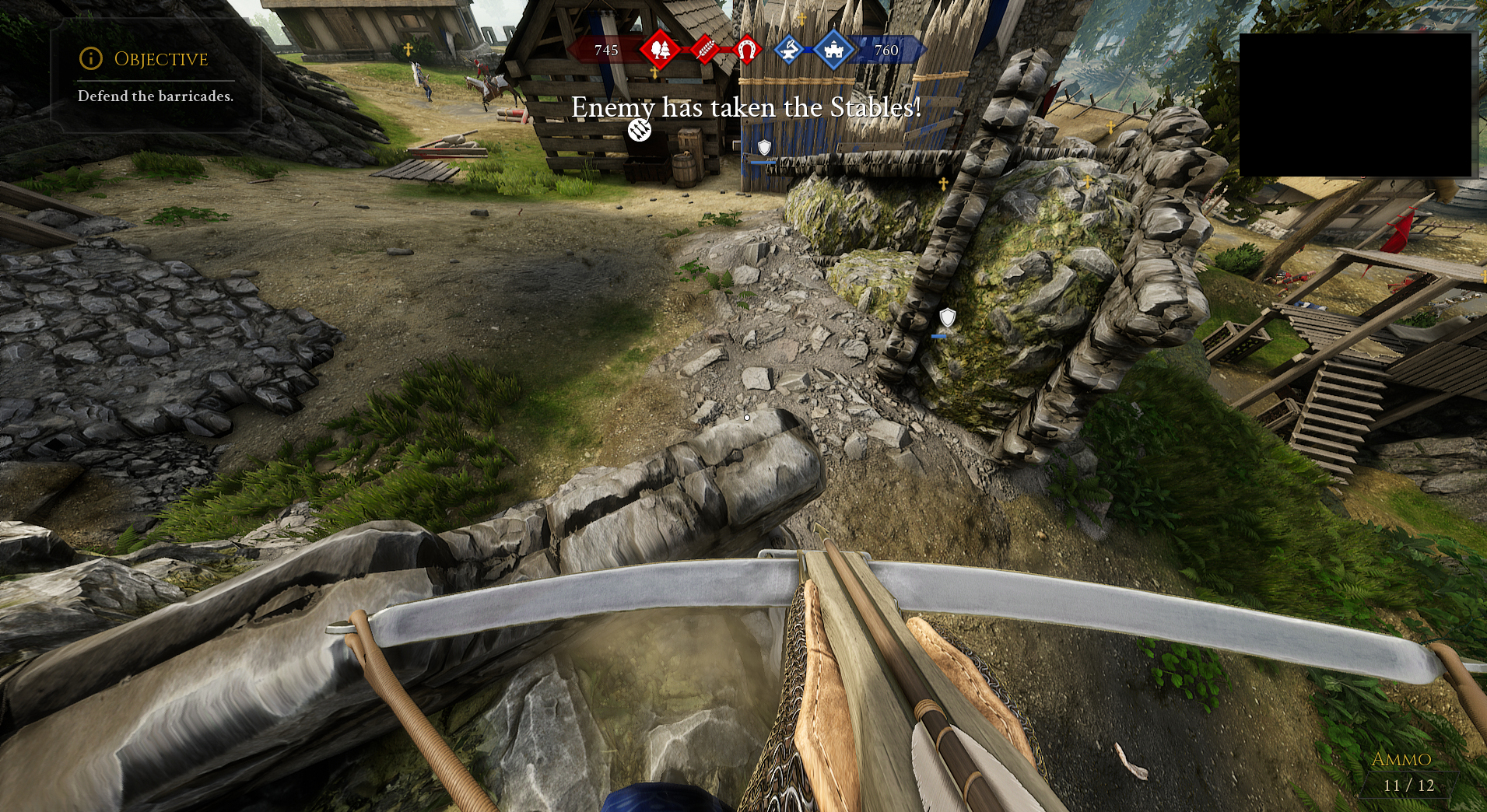 I'm tired of this. Almost every fifth game brings me neither money nor exp Cannot connect or find some servers
So i am not sure what information i can include but i am in a clan and when they run events in Mordhau i am unable to join since i can't connect or even find the clan servers, they don't appear in the browser when i filter for them, i can't join via steam and when we try to make a Party in the game and i try to join the game that way it says "Cannot find server" in a box.

If there is more information i can offer please tell me what it is and i will see about getting it. The game is still running and I hear people fighting behind but I can't do anything. I had to wait to be kicked for inactivity. Loss of Rank
I was at rank 62-3? but after a round of Battle Royale dropped to 48.
I've tried to restart the game, rank did not reset itself.
I've tried verifying and a restart as recommended by a moderator of the discord, no luck.
I've tried leveling up to see if it was just a graphical issue, also no luck I'm having problems with my mordhau game, I'm stuck at Lv. 15 with 1030 xp remaining before leveling up to Lv. 16, I complete my games and "x" amount of XP is added and I continue to the next game, upon completing the game, Im granted with "x" amount of XP but the previous xp never really got added and I'm back at 1030 xp to go, same with my gold, This is really frustrating because I can't level up. Also I can't buy anything from the store, they ask me "Are you sure you want to buy this item" and I say yes, 2 - 3 seconds later a denial sound plays and I never bought the item, please help me. So, just today, not changing any settings on my end, suddenly my game is behaving as if I'm in borderless fullscreen, despite being fullscreen. I have a dual monitor setup, if I go too far right it'll go offscreen and I'll lose control of my dude.

I've tried changing to windowed and borderless back to fullscreen and it doesn't seem to work. The game always behaves as if it's borderless fullscreen.

The Messer's damage becomes active before the "swing grunt" does, leading to extremely frustrating situations where a Messer user accels, then decapitates you, then grunts in effort. Out of the blue im stuck in lvl 59, even tho i was lvl 80 which i can prove. joined a game 2 days ago and noticed that my level was 58. I did not think much of it untill today. as you can see im 58 but im using the lvl 70 banner, last screenshot i was only rank 74 so i guess rip 6 ranks if i ever get them back. but hopefully i can get it back.
I think this is due to me playing custom map servers recently but thats all i can think of
link text 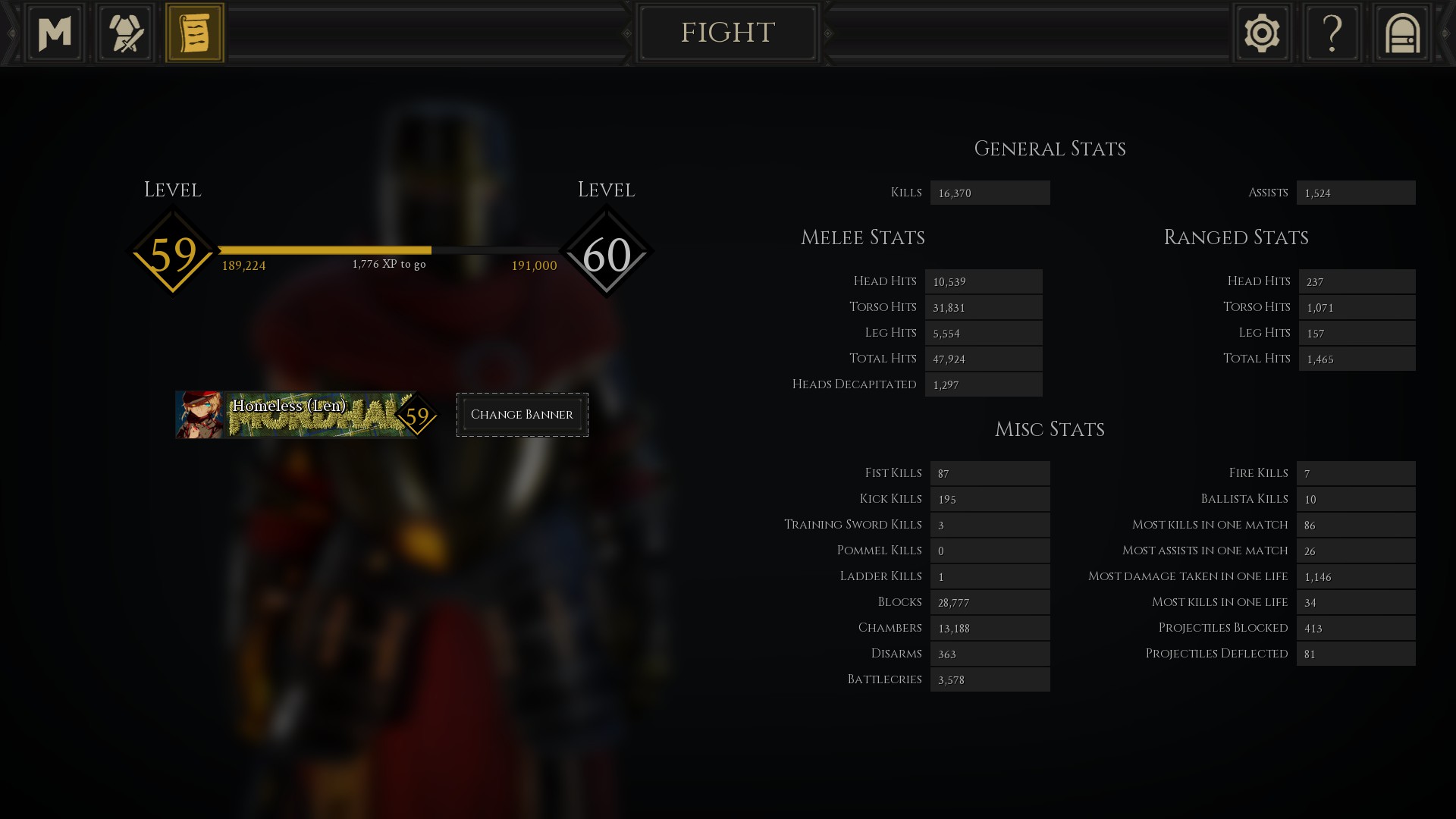 Found some people on an official server exploiting the already unbalanced map to be able to snipe into our spawn and stop people going to obj,i also figured out (mostly) how they did it
https://imgur.com/a/UPDNzAg
they built one of those spike steps (dk what its called) once they climbed the rock to then jump towards the little platform.They then go a bit further down and build another spike step and jump somewhere on top I assume.

This just took the cake with an already annoying map for blue to play on,please fix this with the upcoming patch.
I also have the three's names if you could ban them since they were breaking server rules.
If this isn't the right thread,apologies since I have never used this forum before. cant find games or servers atm, something with the servers? or just me? internet is fast and stable, sill... There was a recent pop-up from steam when I tried to launch Mordhau and it had something to do with the steam cloud for backing up game data. I don't remember exactly what it said, but I clicked "Play Game" and Mordhau launched. I hit the matchmaking button for frontline and I ended up waiting 20 mins in matchmaking. I tried going over to server browser, and the list was empty for every single game mode even tho I hit refresh about 200000 times. I tried verifying the game files and reinstalling Mordhau but still no luck. Anyone have any ideas on how to fix this?