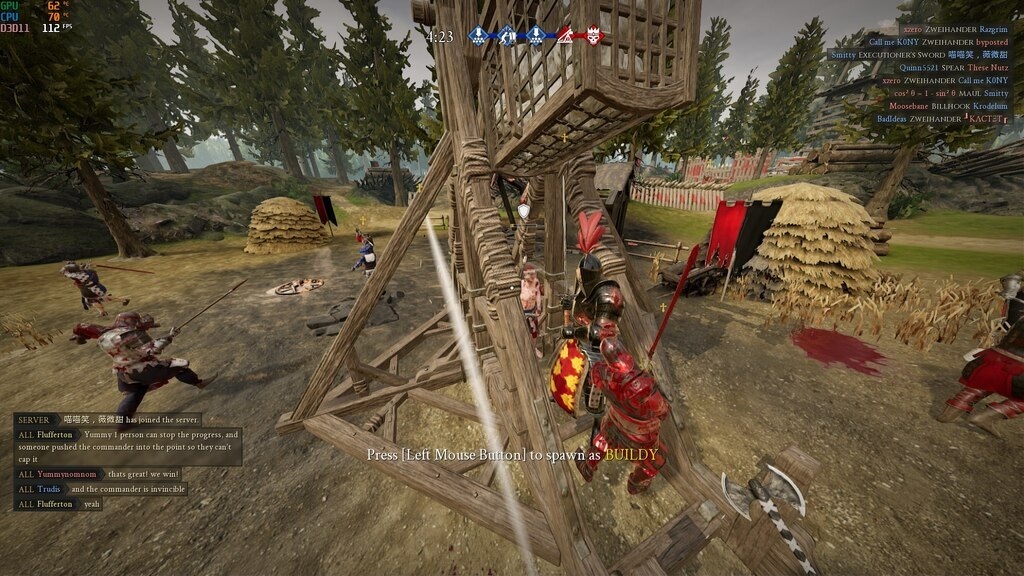 On grad invasion for blue, you can kick the commander onto the fourth objective and stop progress, he is invincible and since only 1 person stops progress he counts as a player. You can also use the builders toolbox to push him with spikes but kicking is faster. Although blue can kick him out he still dies whenever the player controls him on the next objective since he is out of bounds On grad invasion layer 2, if you place buildings inside the spawn point for the red commander, he can die instantly upon spawning. hey i came back to play this game and all my unlockables now cost gold again and i wasnt reinbursed any gold so i had to rebuy some and i could only rebuy like 5 out of the 30 or so weps/cosmetics i bought , why??? I just started the game again after some time and a lot of my gear is missing. I owned lots of high tier andvery expensive gear and a lot of that is gone now. Pls help! I used to play Mordhau for some time, but one day is started crashing on start-up. I tried a lot of kinds of solution, like deactivating progrmes like CCleaner, deleting saved files, running steam as administrator, deleting mods, etc. However, nothing actually works. When I open steam an try to play Mordhau for the first time, I can see the Unreal engine logo, than it crashes and if I try to restart mordhau, it crashes immediately.

Does anybody know, how to fix it?

Since the last update, when I leave a server, I sometimes get a buggy main menue screen: News page on the right, random knight on the left. Now, as soon as the screen pops up, the camera on the knight starts zooming in and zooming "through" the knight, leaving an empty spot on the screen. I was playing invasion on grad (blue attacks). Stone carring cart almost at the end. I was using balista which i build in left of fire station(You can see it in screenshot). A spearman came and attack me. Not sure if he is attach to my balista or me or both. I drop down. I cant stand but i can move while laying on the ground. I walk like a minute(I can walk in some directions but not all and arrowkeys dont go rigth way). Sorry for bad english. 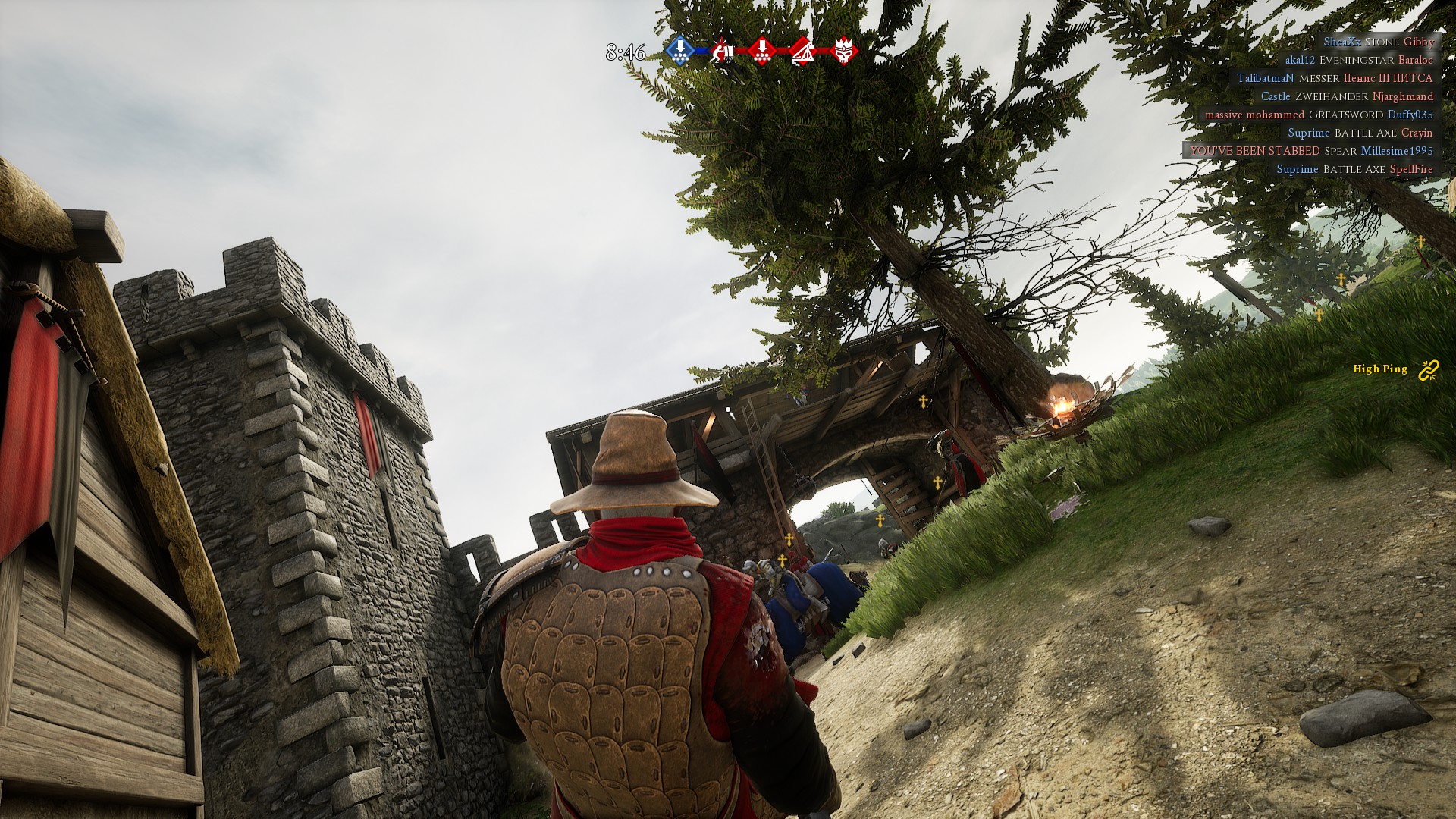 There is this very annoying bug when you try to join a modded server. Even if you have all the mods sometimes the ''Failed to download mods'' pop up will show. When i try to click on OK my cursor disappears and the pop up remains. Meaning that i have to restart the entire game. i queued for ranked and found a match joined and me and the other guy could only use fists, then i was kicked because 'server not connected to steam' then lost like 50 MMR it's quite annoying hope something can be done? Recently purchased the game and have never been able to get it to work. When I launch the game I get to the menu and the loading wheel freezes and the game crashes. I've tried:

I'm running a Razer Blade Stealth 13 with the GTX 1650 Max Q so specs shouldn't be an issue.

From what I can conclude I've done all the troubleshooting I can it seems to be a bug only you guys can fix, but I'm open to suggestions? Randomly whenever I'm in a server, my ping spikes to around 280 and my frames drop to around 5. I am located in South Tasmania, Australia and have around 40ms ping to Sydney normally. My download is around 40Mbps and upload around 16 Mbps. I have no issues with ping in any other games. Upon finishing a game, I receive my earned Gold, However once I leave the server and attempt to Spend it....Not there.

This has happened for a while and I've been told that spending money fixes the issue. I however don't have enough money to buy anything at all. Log on first time in few months, set video settings from 'Ultra' to 'Medium', return to menu and the mouse selections are about one inch down and one to the left of the cursor. I can no longer access 'Options' or 'Log off' buttons, had to Alt-f4 to exit game and relog, the problem still persists. Screenshot of customization screen with mouse icon above the selected feature. 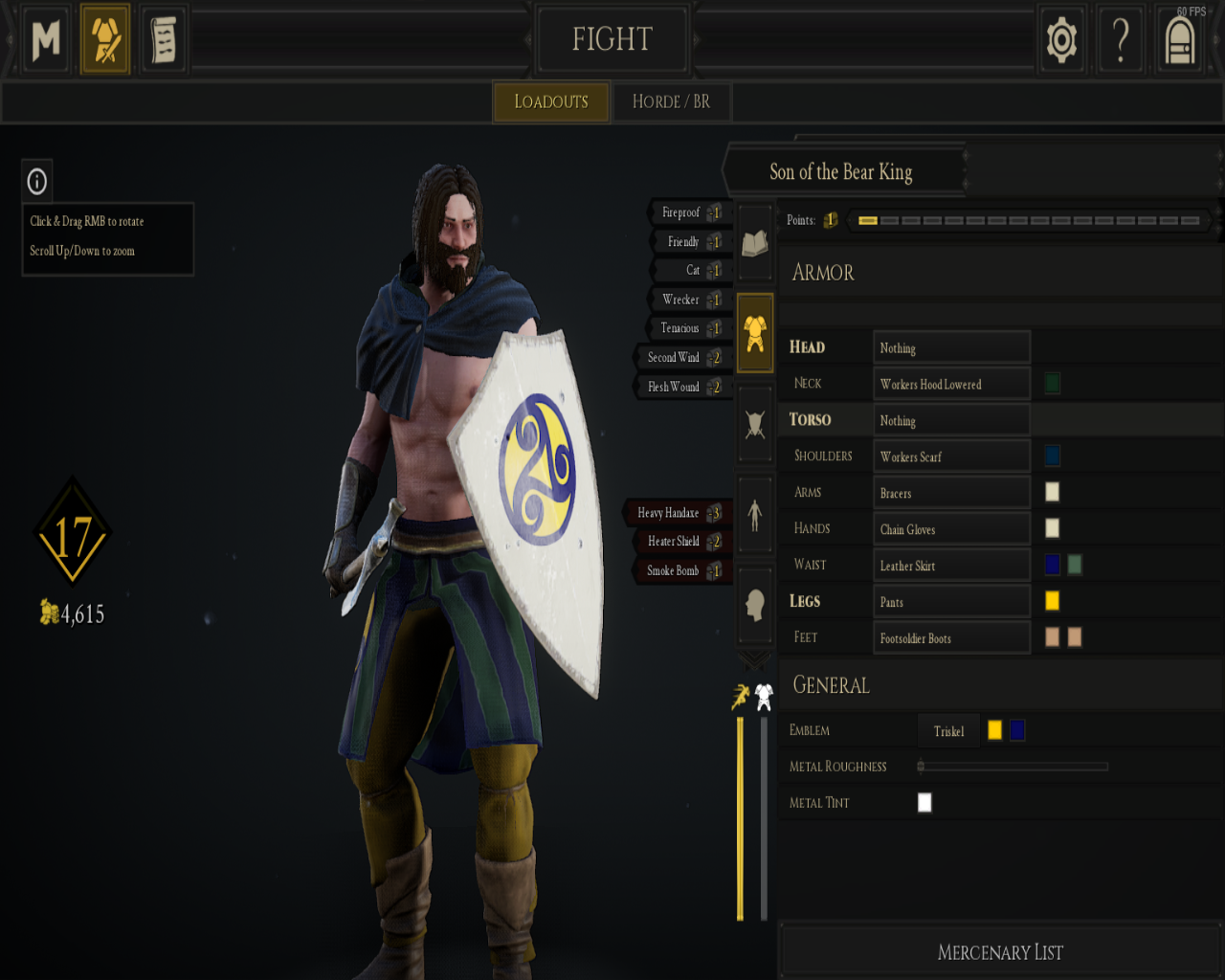 Using Windows.. 10? Dell inspiron 5577 gaming laptop I think, don't have other specifics at moment but gotta go so good luck and thank you!

Edit: Ok so you can't see the mouse icon in the picture, but it is hovering over the 'Head: Nothing' box. 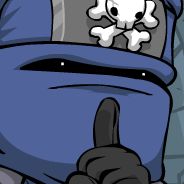 When I try to enter a server with a custom map it starts to download it, but it doesn't actually download it, so I can't join lots of community servers! For some reason, on some servers when i attack the swing goes through everything without colliding and with no stamina cost. Can't hit other players and they can't see the attack animation. This doesn't happen in most of the servers, just a few Part of the second floor of the building to the right of the last defensive spawn reference of the blue team in the feitoria map. There's a bug inside the room that rubs against the wall and it's easy to get through. Hey Folks!
User interface bug that has been the bane of my gameplay since launch;

Infrequently, mouse input will not register in-game.
Left mouse clicks, Right mouse clicks, scroll-wheel input, all have been of issue, and I'm at a loss for why.

I've tried several different mice, wired, wireless, Bluetooth, USB 2 & 3, no differences. Every once in a while, the mouse inputs are completely ignored, regardless of what I'd been attempting. I have had other Mordhau players experience this bug while watching their gameplay and inputs simultaneously.
I concede that some of my complaints are user error, attacking in hit-stun, recovery phases, etc, but I have been unable to shoot a crossbow, having not been hit, full stamina, pinging under 70.
This is a pretty game-breaking bug, in my opinion, and deserves a look at, or at least a decent acknowledgment. @LazerSuzan said:
If you bind jump to mouse wheel scroll down, it doesn't work. The key binding is non-responsive.